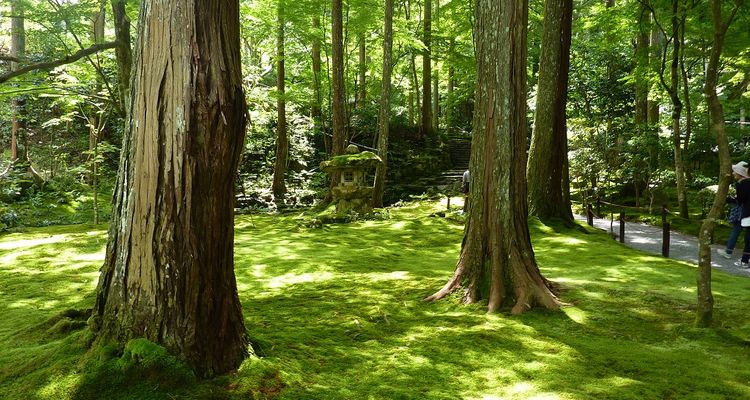 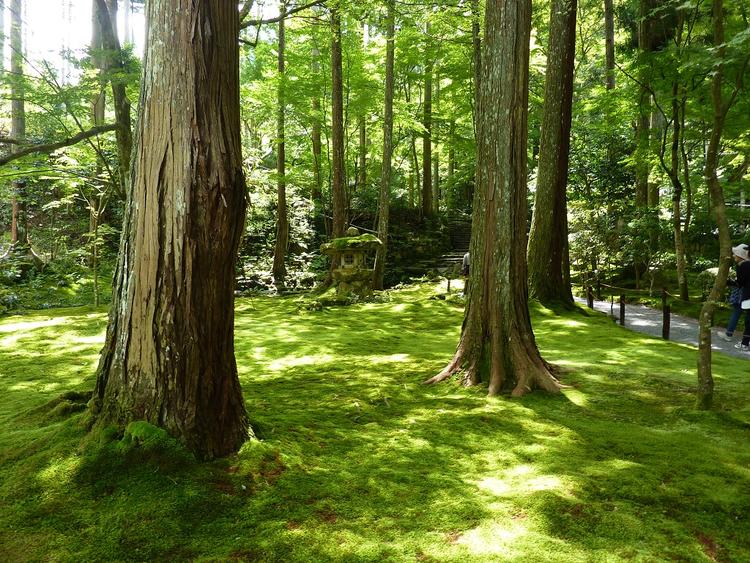 A Guide to Ohara: A Tranquil Getaway to the North of Kyoto

In Ohara, the northeastern region of Kyoto City, this writer finds a pastoral getaway, from the mossy paradise of Sanzen-in Temple, to the twisted trees of Jakko-in Temple. The surrounding land is peaceful, rolling countryside, but it is land steeped in history, once walked by figures from the medieval samurai epic, “The Tale of the Heike.” Keep reading to discover more of this nature-filled part of Kyoto.

During summer months in Kyoto, the central districts of Shijo and Sanjo twinkle with the lights of elevated kawayuka platforms, where diners sit by the Kamo River. The riverside here is an iconic image of Kyoto city life, and its banks are dotted with bicyclists, musicians, picnickers, and the like, all the way up to the delta where the river splits at Demachiyanagi. Here, Kyoto’s Kamo River is fed by another river, Takano, which branches off to the northeast. Follow the Takano River northward further still, and you’ll arrive in the Ohara region of Kyoto City, an area with exquisite rural vistas, mountains, and rivers.

The name Ohara means “big field,” but this part of Kyoto is actually located in a valley, nestled amongst mountains stamped with the neverending peaks of evergreen trees. It takes approximately one hour from central Kyoto to Ohara, but the journey is simple—buses run from the northernmost subway station Kokusaikaikan, or directly from Kyoto Station (number 17, which also passes through the central districts of Shijo and Sanjo). It’s a gentle ride, and it’s exciting to watch the change in scenery.

I start my journey from Shijo-dori, in central Kyoto. From the bustling city center, my bus passes slowly into parts of northern Kyoto City, where life appears a bit more leisurely. The change is gradual, but little by little the surrounding scenery starts to become more green, the road a little more winding through residential districts in the mountains.

My first stop in Ohara is Sanzenin Temple; luckily, directions to most of Ohara’s points of interest are indicated at the bus stop (albeit in Japanese). A large arrow indicates I should find this temple across the street and up a hill. The path winds alongside a little creek, and despite the lovely rice field vistas I left behind at the bus station, this road leading to the temple is lined with little shops selling everything from small accessories to locally grown pickled vegetables. Hungry travelers will be happy to know there are restaurants located just beside the temple gate at the crest of the hill, too.

A Stroll Through Still Grounds

The pace of life in Ohara is much slower than in central Kyoto, but despite its unassuming rural appearance, Ohara is steeped in history. Sanzen-in Temple was established in 804 by a Buddhist monk named Saicho, who introduced Tendai Buddhism to Japan. Sanzen-in is also a rare monzeki temple, meaning that members of the imperial family have served here as head priests. It also houses a National Treasure: a triad of three Amida Buddha statues that date from the Heian Period (794-1185).

Sanzen-in Temple has beautiful red maples in the fall, but for my summertime visit, it’s the emerald green of this hidden jewel I'm most excited to see.

Sanzen-in’s mossy grounds are enchanting, and if you look closely, you might find some tiny jizo statues hiding in their midst. The temple grounds are vast, featuring a pond, a hydrangea garden, and several mossy landscapes perfect for strolling in any season.

My next stop is on the valley’s opposite hillside: Jakko-in Temple. Back at the bus stop at which I arrived, another sign indicates the path towards this temple, the opposite direction from Sanzen-in. This path is much more rural, and will take you right through the village of Ohara. It’s the kind of picturesque scene set workers might labor to create in a movie, but no set piece can imitate the ease of this countryside vista. Looking down the valley, I can see a wave of sunlight from a break in the clouds as it passes over the fields, and it’s a little hard to keep myself from skipping down the road.

There are a few turns along the way (well marked, but with only a few in English, so it’s a good idea to check the route before you arrive, or perhaps ask one of the friendly residents), but after passing several onsen, I reach the remarkable twisted tree-lined path up to Jakko-in’s temple gate.

A Tendai Buddhist temple like Sanzen-in, Jakko-in was built in 594 by Prince Shotoku, who was a prominent figure in 5-6th century Japan. The temple’s main hall was tragically burned in a fire in 2000, but it has since been beautifully rebuilt. This same fire also damaged a 1,000 year-old tree which, like Jakko-in Temple itself, makes an appearance in the Japanese classic, The Tale of the Heike. It was at this same temple that Kenreimon, the daughter of Taira no Kiyomori, came to seclude herself from the world after her father’s defeat at the hands of the Genji clan. When I walk deeper into the temple grounds, I find a monument to her standing in another field of beautiful green moss.

The scale of this temple is unassuming, but it nonetheless creates a feeling of calm as I walk around.

Even once I've exited these temples, I don’t feel like the experience has ended. The quiet, pastoral scenes of the Ohara region are a place to take a breath, and enjoy the slower pace of this different Kyoto City landscape.

See More About the Locations in This Article