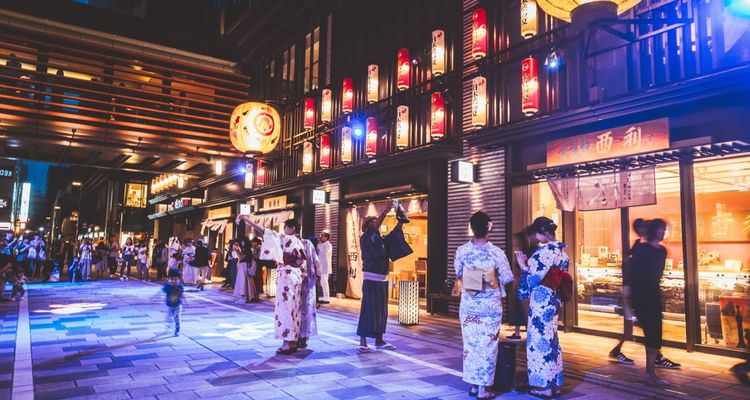 5 Places to Visit in Nihonbashi, Tokyo: A Place Where Old Meets New

Nihonbashi was once a bustling trade center during Japan's Edo period (1603 - 1868). Despite the modern changes, it still bears the vestiges of that time. From valuable buildings designated as Important Culture Properties to age-old historical structures, everything on Nihonbashi's streets are worthy of appreciation! In this article, we will introduce five particularly amazing attractions of Nihonbashi that will have you looking at the area with a new set of eyes the next time you visit.

Linking two sides of the Nihonbashi River is the Nihonbashi Bridge, which played a vital role in people's everyday lives during the Keicho period (1596 - 1615). The bridge is still serving its purpose today as one part of Tokyo's many highways. 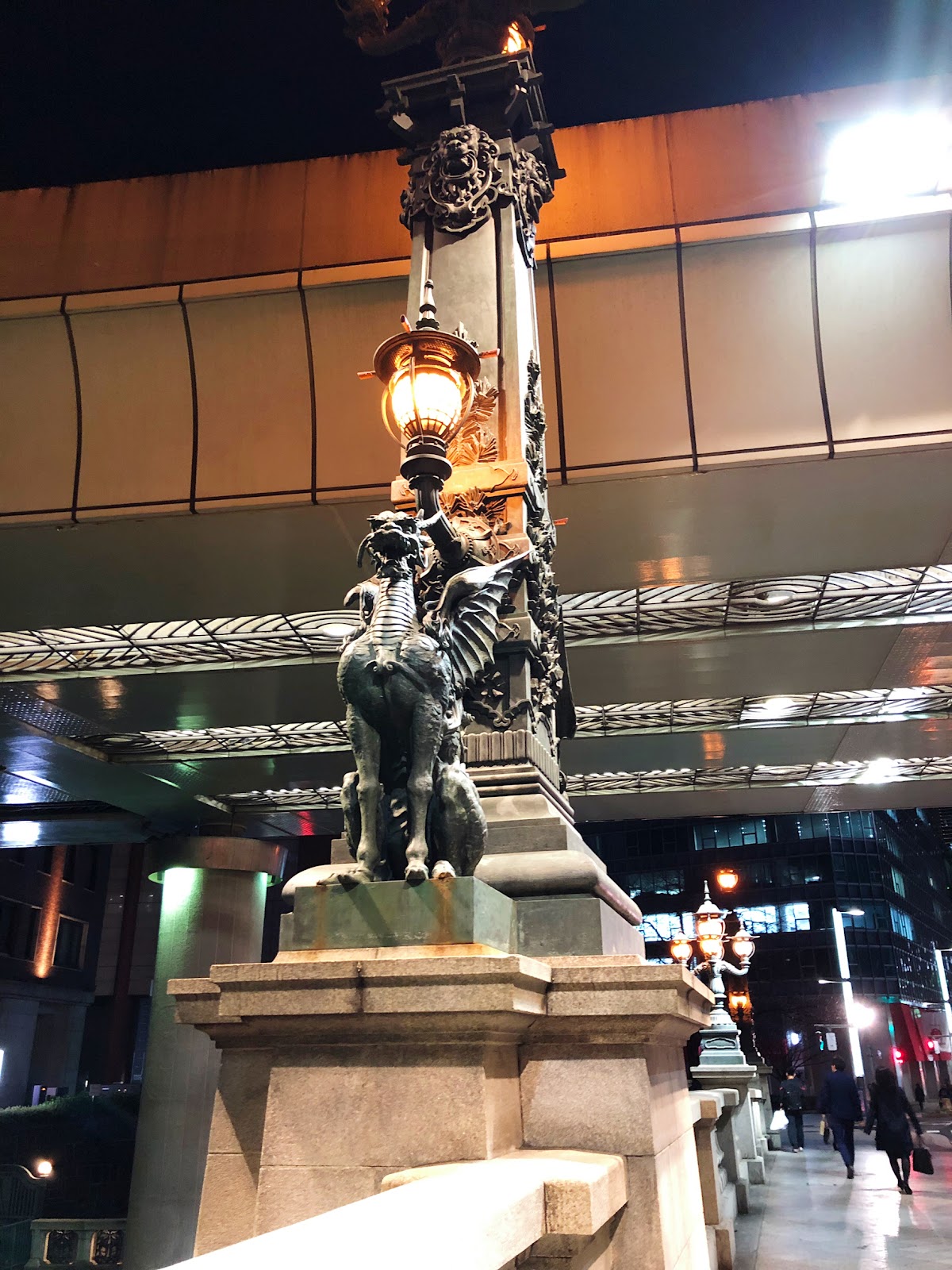 At the center of the bridge is the Kirin Statue, an iconic symbol of Nihonbashi. People who are familiar with Japanese novels and movies would have probably seen this bronze statue before, and even those who haven't are captivated by its stunning appearance. It is in the shape of the winged "kirin", a mythical creature said to bring prosperity or serenity.

Mitsui Memorial Museum houses more than 4,000 works of art collected by the Mitsui family, a famous family in Japan's industrial and commercial fields, over the last three centuries. The main feature of this museum is that most of its collections hold national treasures or cultural properties. In addition to permanent exhibitions, the museum also holds events such as special limited-time exhibitions on a regular basis. The wide variety of exhibits will certainly amaze you! 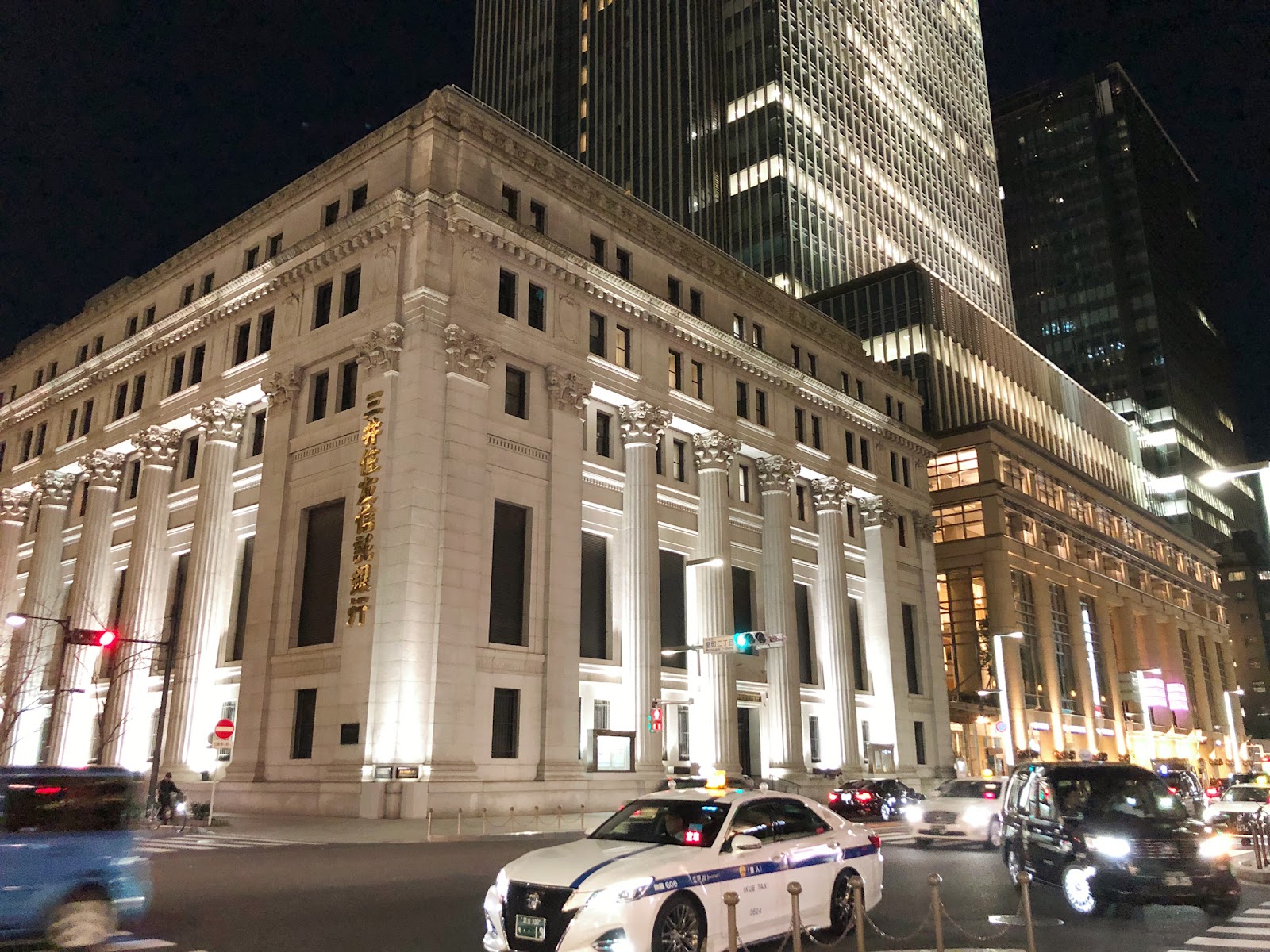 The Mitsui Memorial Museum is on the seventh floor of the Mitsui Main Building, which was remodeled in 1902. In 1998, this Neoclassical-style building was designated as an Important Cultural Property by the Japanese government. Apart from the art pieces inside, the building itself is also worthy of much admiration. When night comes, it is particularly hard to take your eyes off its beautifully illuminated form.

Nihonbashi Mitsukoshi Main Store is the flagship branch of the time-honored Mitsukoshi Department Store, which was first established as kimono seller Echigoya in 1673 and later on became famous for its innovative method of selling. With its Department Store Declaration in 1904, Mitsukoshi is considered to be the origin of Japan’s department stores. You can tell the historic importance of this building just by admiring its majestic Renaissance-style construction, which is why in 2016, it was designated as an Important Cultural Property by the Japanese government. 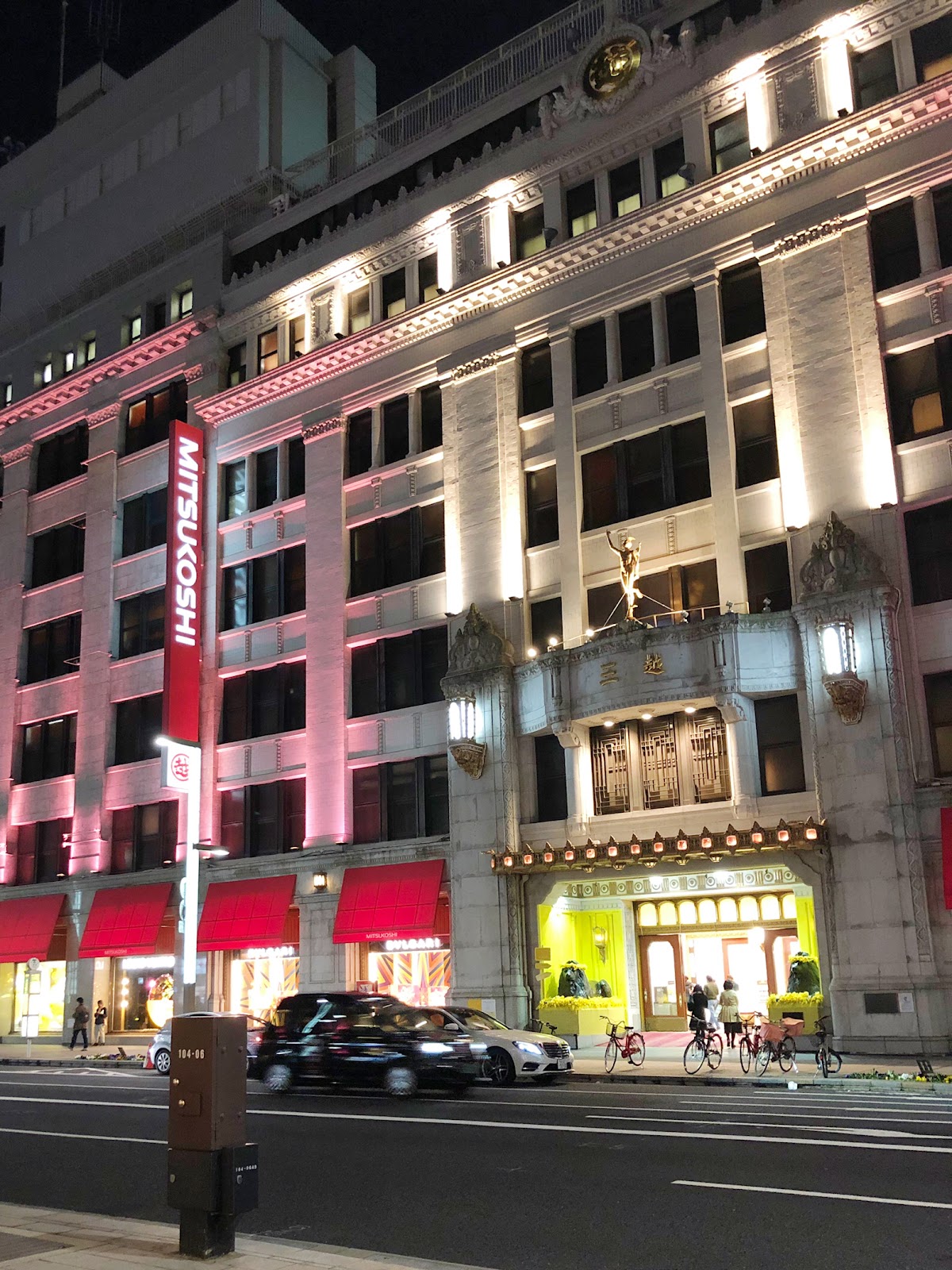 Nihonbashi Mitsukoshi Main Store is home to both domestic brands and a wide range of high-end international merchandise. In addition, people can watch shows like kabuki at the Mitsukoshi Theater on the 6th floor, as well as make use of their more unique facilities such as Mimeguri Shrine on the rooftop floor.

To find Fukutoku Shrine, simply walk from Tokyo Metro’s Nihombashi Station towards the COREDO Muromachi shopping center. This long-established shrine is believed to have existed as early as between 859 and 867 A.D. Even Tokugawa Ieyasu, the founder and first feudal lord of the Tokugawa shogunate (feudal Japanese military government that ruled Japan from 1600 to 1868), has paid a visit to this place! 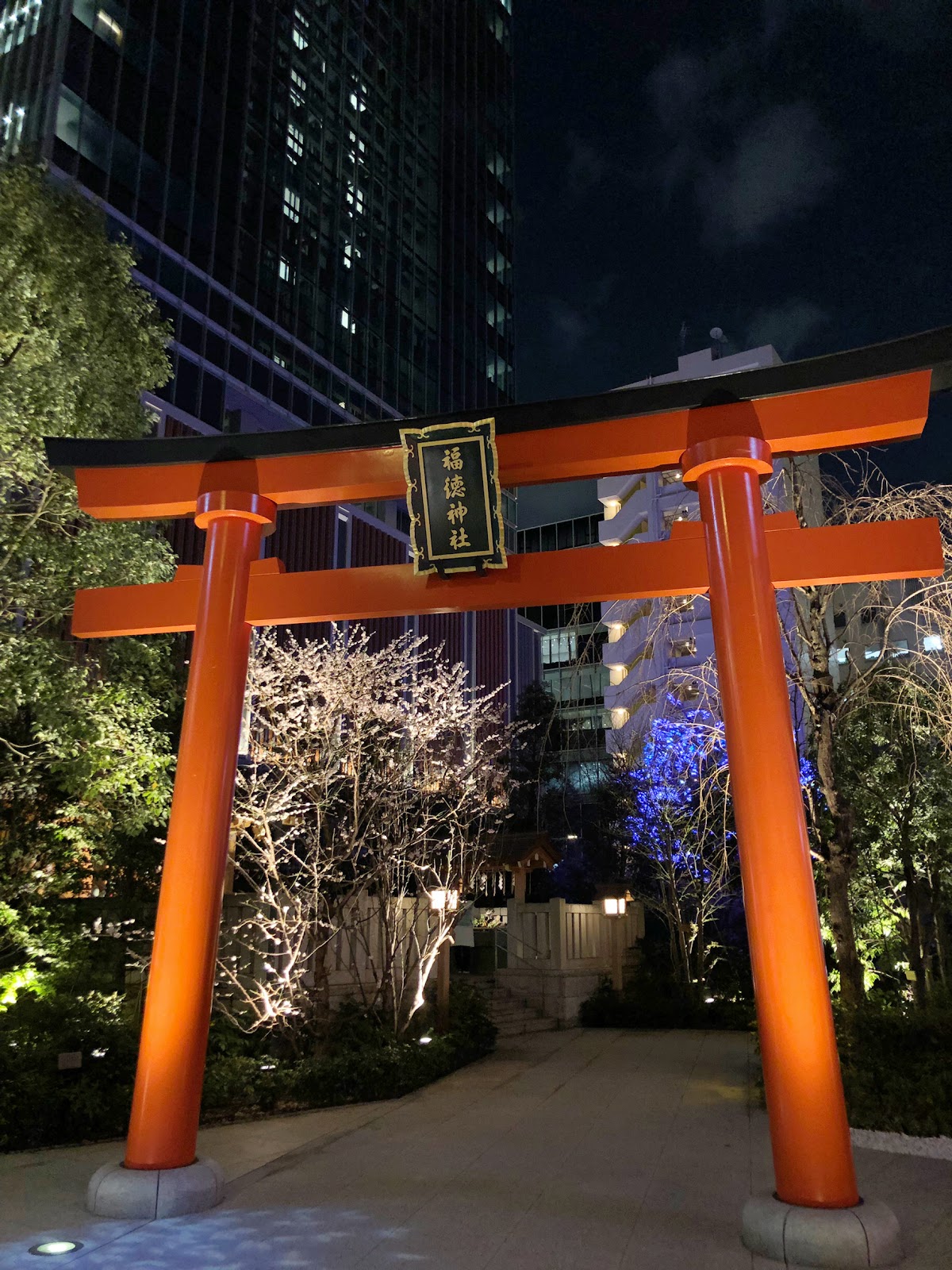 Fukutoku Shrine is so conveniently located that you might want to stop by when you are shopping nearby. You will be impressed not only by how clean and beautiful the shrine is, but also how modern it looks despite its ancient history. Its figure illuminated in nighttime lighting is even more stunning.

COREDO Muromachi is a commercial complex comprised of three shopping malls (Muromachi 1, 2, and 3) which boast not only long-established shops from all over Japan, but also restaurants, a cinema, and other facilities. 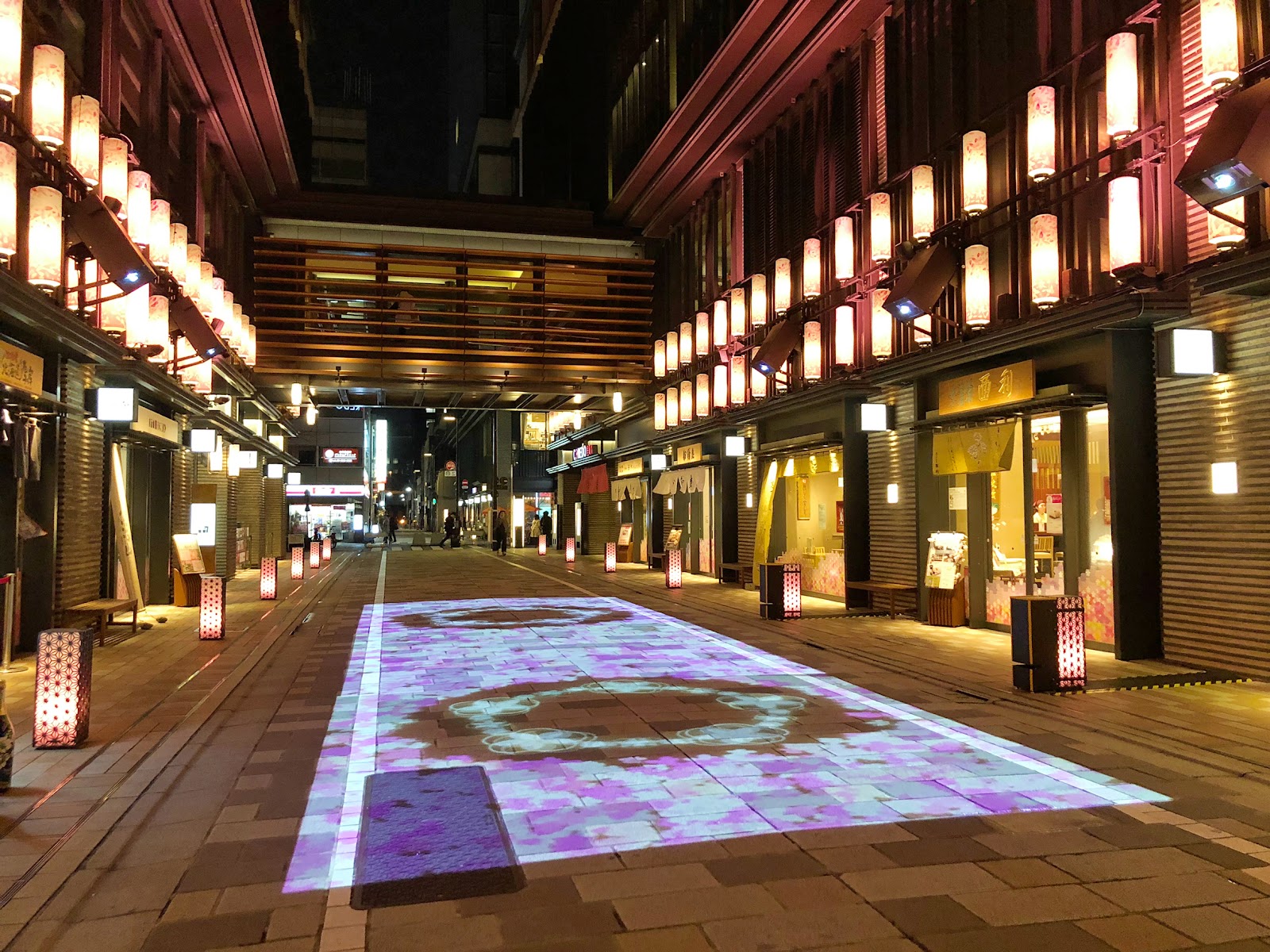 In the old days, the Nihonbashi area was the center of commerce in Japan. Even today, it holds a lot of historical significance. To carry on its traditions and culture, COREDO Muromachi is filled with shops that sell lacquerware, knives, ceramics, soy sauce, tea, and confectionery; this is what sets COREDO Muromachi apart from its competitors. On top of that, it showcases illumination shows that change with the seasons, so if you plan to visit COREDO Muromachi, you might want to check out their official website beforehand for event info!

Visit Nihonbashi to Journey Through Tradition and Modernity!

Nihonbashi is a place where Japanese traditions meets modernity. In this article, we have introduced five of its attractions. So, why don’t you visit Nihonbashi the next time you come to Japan? You definitely won’t be disappointed!