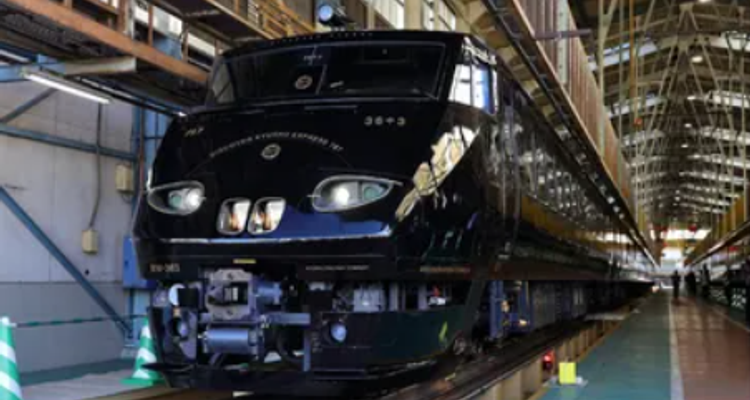 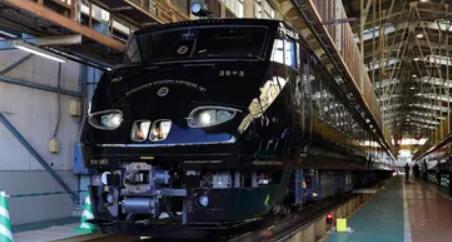 Called the “36 + 3”, this gorgeous, sleek luxury train operated by Kyushu Railway Company (JR Kyushu) will run in a giant loop around Kyushu, stopping in all seven of its prefectures. Much more than just a way to get you to your destination, however, the train itself is one of the main attractions on the journey. Read on to learn more about the train’s 5 routes, what’s included with a ticket, the prices, and to see photos of the swanky interior! 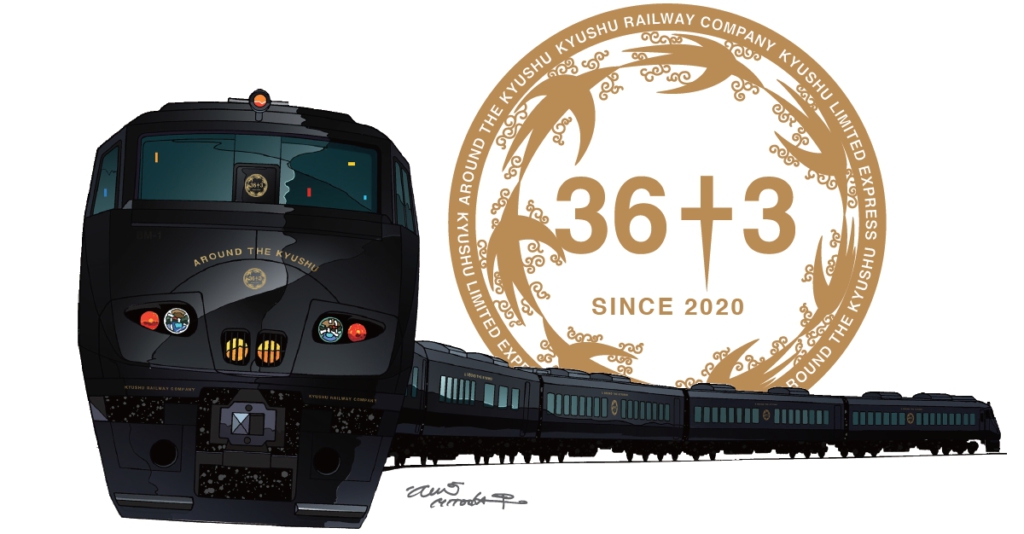 The new 36 + 3 train will operate on 5 separate routes, which together form a loop around Japan’s southern island of Kyushu, passing through all seven of its prefectures. The train is slated to begin service on October 16th, with an official launch ceremony planned for that day. The name represents the fact that Kyushu is the 36th largest island in the world. Add 3 to 36, and you get 39, which can be said as “san-kyu” (thank you) in Japanese. With this intention of gratitude, the train will supposedly make the largest loop in the world, with a total distance of 1,198 kilometers.

The train’s route is broken into five sections, each of which offers a different experience and can be reserved individually. The train’s six cars are split into fancy private compartments (some of which even feature tatami flooring); standard (yet sill quite fancy) seats; a bar-like “buffet” car serving local sake, light food items, and other drinks; and a lounge-like “multicar” that is a common space for passengers of the train.

Each of the train’s routes features a different meal for passengers that is prepared by a local restaurant, with different options based on whether you are in one of the private compartments or standard seats. The cuisine ranges from traditional Japanese “washoku,” to Italian fusion, to high-end sushi, but always features the best local ingredients on offer prepared by top local chefs! Picture the most amazing and intricate “ekiben” (train bento box) that you can imagine, and you’ll have an idea of what to expect.

All in all, the train promises to provide a fancy, one-of-a-kind rail journey that includes beautiful sights, local specialties, and lots of class.

Take a Look at the Interior

A concept drawing of the private compartments.

One of the real-life private compartments. 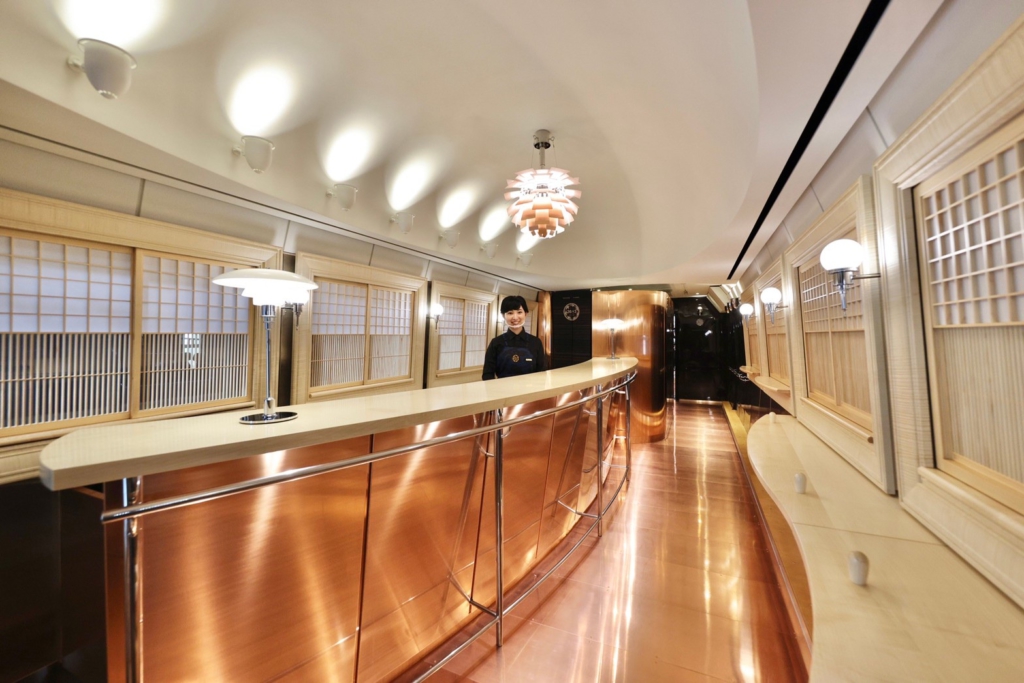 The “buffet”where local food and drink can be purchased. 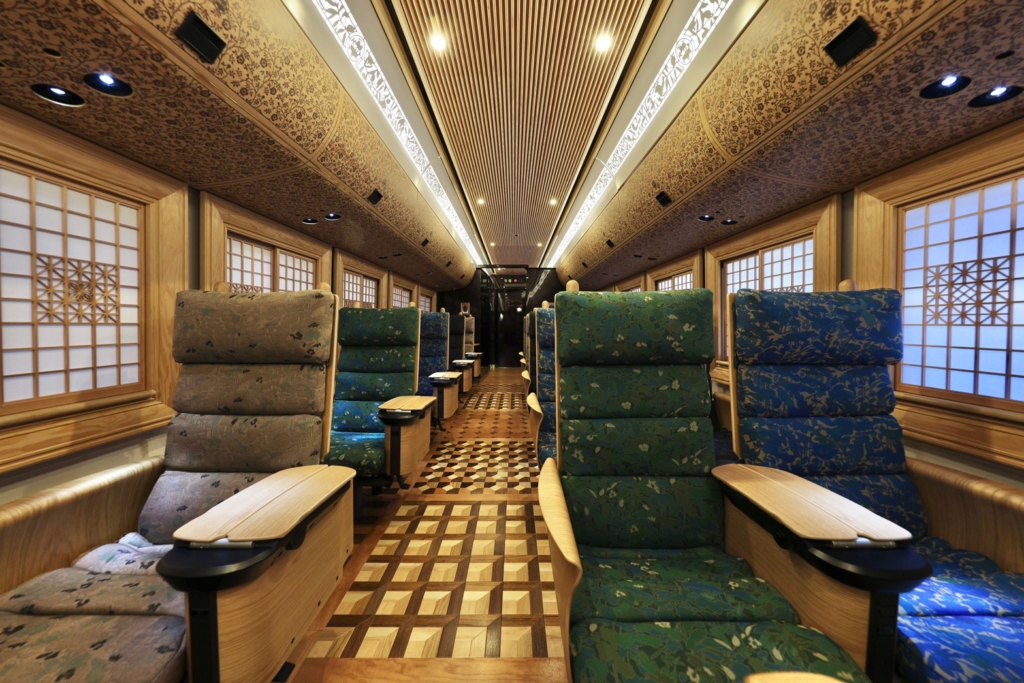 The standard seats. Even here, the flooring is parquet, and the windows feature a sliding shoji screen. 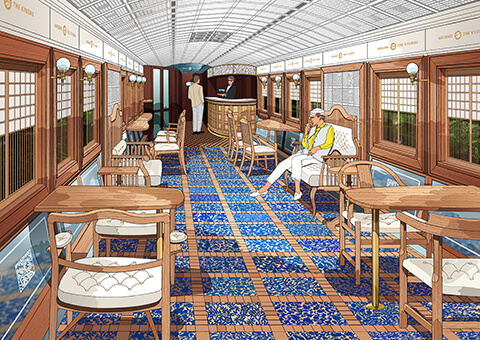 Concept artwork of the multi-car.

A real-life picture of the multi-car.

How Much Does it Cost? 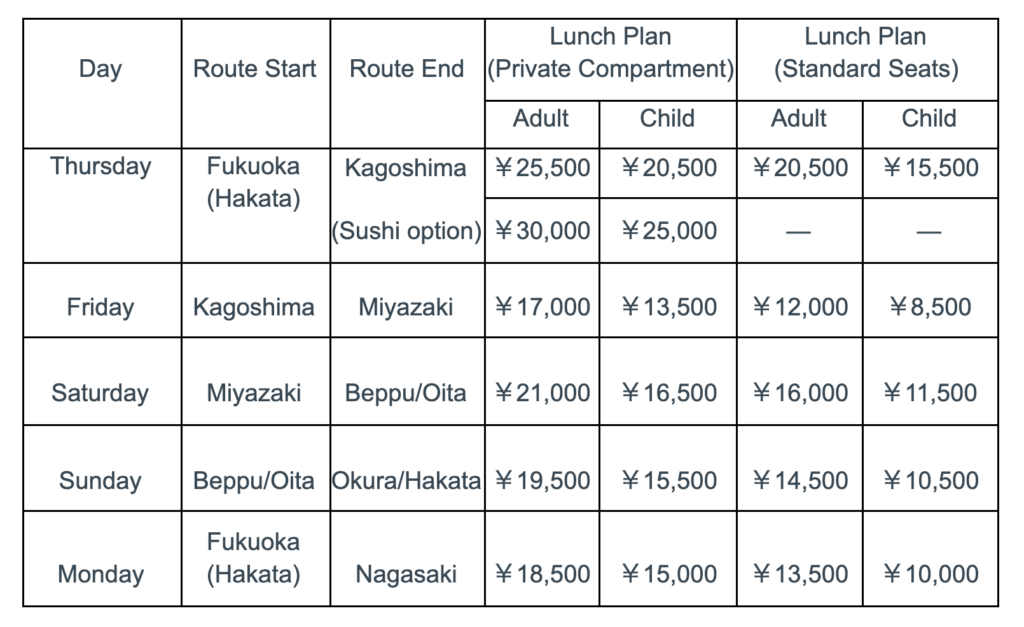 Each route has a different price, as the distance traveled and meals provided vary. The most expensive option would be to take Thursday’s route between Fukuoka and Kagoshima and choose the sushi course (from a Michelin 2-star restaurant in Kumamoto) only available to passengers in the private compartments. The least expensive option, in contrast, is Friday’s route from Kagoshima to Miyazaki, which is just 12,000 yen for those in the standard seats.

Passengers can also choose to ride without a meal by purchasing the “green seat” package, which costs the same as a normal green car ticket for the same route. This only ends up being around 4,000 yen cheaper than the lunch plan, however, so you might as well go for the full deal.

The luxury train’s route is split into 5 different sections, each of which run on a different day of the week. As the map above shows, the train will run from Fukuoka to Kumamoto to Kagoshima on Thursday; Kagoshima to Miyazaki on Friday; Miyazaki to Oita/Beppu on Saturday; Oita/Beppu to Kokura to Fukuoka on Sunday; and Fukuoka to Saga to Nagasaki on Monday.

In addition, there are 35 “episodes” along the route that feature local sights, foods, or cultural points. Each section of the route has 7 of these episodes, each of which follows a unique color theme for that day. For example, Thursday’s section, from Hakata to Kagoshima is called the “red route,” and introduces 7 red-themed “episodes” passed along the way, such as an onsen in Kumamoto with red-tinged waters and an iconic steel railroad bridge that is painted bright red. The colors of the other days are black on Friday, green on Saturday, blue on Sunday, and gold on Monday.

How to Get Tickets

Tickets can be purchased online up to 5 days before departure (although it is best to plan ahead to make sure you can get a seat). Seating availability can be checked through the official website, which will direct you to JTB’s website to book. Alternatively, reservations can be made via phone, by calling the Tour Desk at 092-686-3639.

If you want to give feedback on any of our articles, you have an idea that you’d really like to see come to life, or you just have a question on Japan, hit us up on our Facebook!