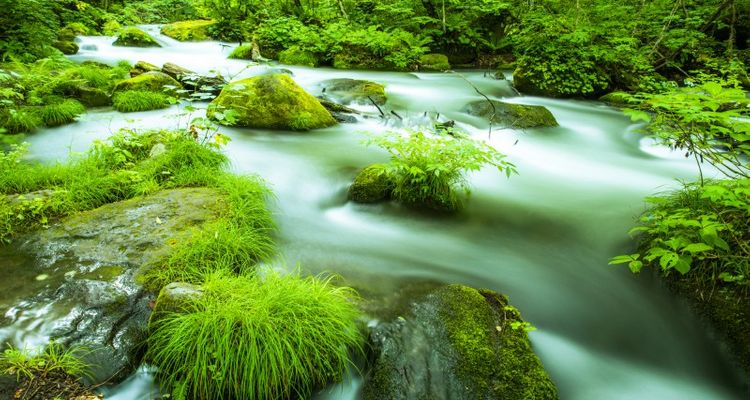 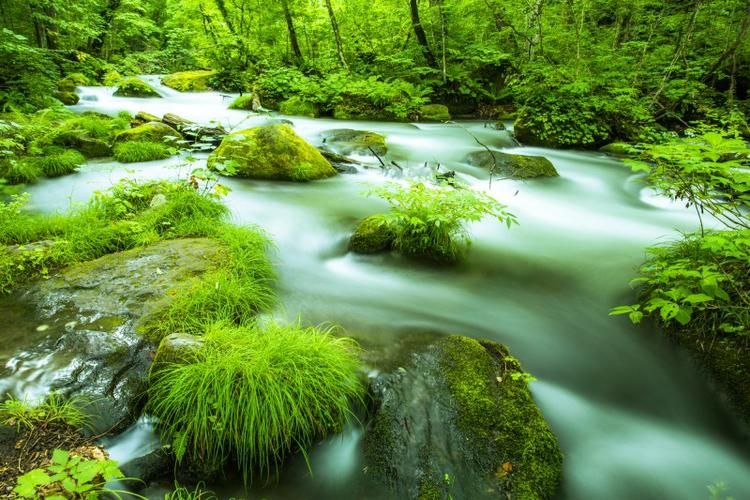 The Tohoku region of northeastern Honshu (mainland Japan) is made up of six prefectures: Aomori, Iwate, Akita, Miyagi, Yamagata, and Fukushima. It’s a mountainous region, but the parts of it that overlook the Pacific Ocean create a deeply indented rias coastline full of little bays and inlets. Tohoku is also home to many national parks, which host famous hot springs such as Sukayu Onsen and Nyuto Onsen. Tohoku enjoys a high-latitude climate, which makes it substantially colder than the rest of Japan. Many parts of the region see heavy snowfall in the winter, allowing tourists to see entire forests covered in ice and “snow corridors,” which all contribute to the beautiful landscape of Tohoku. In this article, we’ll talk about Tohoku’s national parks, where you can fully experience the splendor of the region’s nature.

An area can only be designated a national park if it meets a set of strict criteria, such as being a scenic site full of natural beauty and considered a top tourist destination where people can interact with nature. While the Japanese government is tasked with conserving all national parks, it doesn’t necessarily own the land where they stand, so there are actually a lot of locals living in Japan’s national parks. This is very different to countries like the United States where the federal government owns most of the country’s national parks and is obligated to conserve its resources.

That’s why in Japanese national parks, in addition to enjoying well-preserved natural landscapes, you can also enjoy onsen (hot springs), mountain climbing, and other unique activities, as well as historically and culturally significant tourist spots. In this article, we’ll talk about three such national parks and how to best enjoy them! We’ll go into details about each of them so that the next time you’re in Tohoku, you’ll know where to stop by.

In the Towada-Hakkoda region, you can enjoy the mystical and beautiful Lake Towada, the fresh verdure and autumn foliage of the popular Oirase Gorge, or the Hakkoda Mountains with their ice-covered trees.

The Hachimantai region, on the other hand, is one of Japan’s many volcanic areas full of crater lakes like the famous Hachimannuma Pond. In the Goshogake or Tamagawa parts of Hachimantai, you can enjoy the so-called Volcano Museum and experience various natural phenomena like volcanic fumes firsthand. In the winter, Hachimantai’s heavy snowfall creates “snow corridors,” i.e. walls of snow 7-8 meters high, which together with ice trees have become a popular sight in the region.

Because Hachimantai is a volcanic area, it’s also home to many hot springs. There is an old Japanese tradition of “toji,” that is: staying at hot spring towns and areas for long periods of time in order to convalesce in their hot waters. That culture is still very much alive in Tohoku. That’s why you’ll find many hot spring inns and hotels in the region, each one with a different hot spring water composition, but many supposedly able to heal all sorts of ailments.

Sanriku Fukko National Park: Experience the Blessings and Fury of the Sea

Straddling Aomori, Iwate, and Miyagi Prefectures, Sanriku Fukko National Park was established in May of 2013 as part of the Sanriku region’s restoration project following the 2011 Great East Japan earthquake. Stretching for 250 km, the northern part of the park is full of magnificent cliffs and is often referred to as "Sea Alps,” while the southern rias coast is known for its many bays and inlets.

The “Fukko” part of the park’s name means “restoration,” so it’s no surprise that the area is full of spots related to the 2011 Great East Japan earthquake, like the Shinsai (“Disaster”) Memorial Park Chunohama. The park also honors the Miracle Pine, a single remaining tree that used to be part of a large pine forest in Iwate Prefecture’s Rikuzentakata, which was devastated by the 2011 tsunami. The tree has since died but a monument dedicated to it remains.

The park is also home to many bountiful fishing harbors like Hachinohe, Miyako, Kamaishi, Ofunato, and Kesennuma, so visitors to Sanriku Fukko can enjoy fresh seafood whenever they want. If you look out onto the sea, you may see the local cultivation rafts, and if you get there during oyster season, you can enjoy fresh oysters at a beachside shack.

The Bandai Asahi National Park crosses over Yamagata, Fukushima, and Niigata Prefectures, and includes such formations as the Three Mountains of Dewa, Mount Asahi, the Iide Mountains, the Azuma Mountains, Mount Bandai, and many more. A lot of these offer challenging mountain climbing opportunities, while the Iide and Asahi mountains offer beech forests full of primeval beauty and alpine flora.

The areas around the Azuma Mountains and Mount Bandai are the result of volcanic activity and will take your breath away. The view from atop Mt. Issaikyo, at an elevation of 1,949 m, is especially beautiful, as it overlooks the mystical Goshikinuma crater lake, also known as "The Witch’s Pupil."

Those who don’t enjoy mountain climbing can head on over to Mt. Haguro (elevation of 414 m), which was awarded three stars by a certain world-famous French guidebook. Serving as the gateway to the Three Mountains of Dewa, a sacred mountain worship site with a 1,400-year-long history, Mt. Haguro is the shortest Dewa mountain but has a lot to offer, like a massive 1,000-year-old cedar tree, 2,446 stone steps, and a five-story pagoda.

Enjoy the Scenic Beauty Tohoku's National Parks Have to Offer!

Tohoku’s national parks have it all: mountains, the ocean, marshes and lakes, the beauty and fury of nature, ancient mountain worship, healing hot springs, and one-of-a-kind culture. If you’re looking to avoid crowds, go plan a trip mountain climbing in Tohoku or enjoy some other outdoor activity in the region. And when you do, we hope that you’ll use this guide.