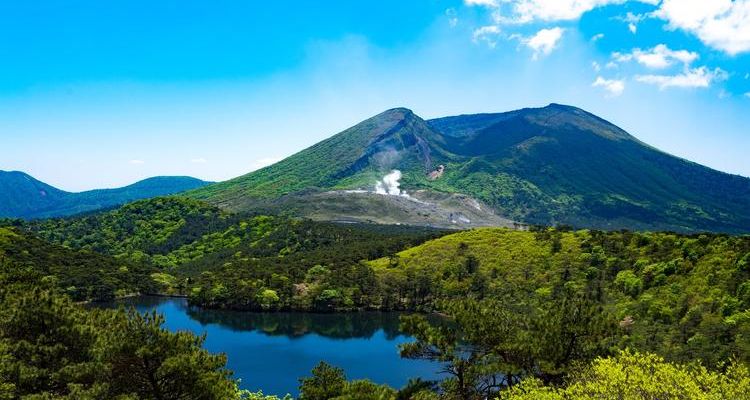 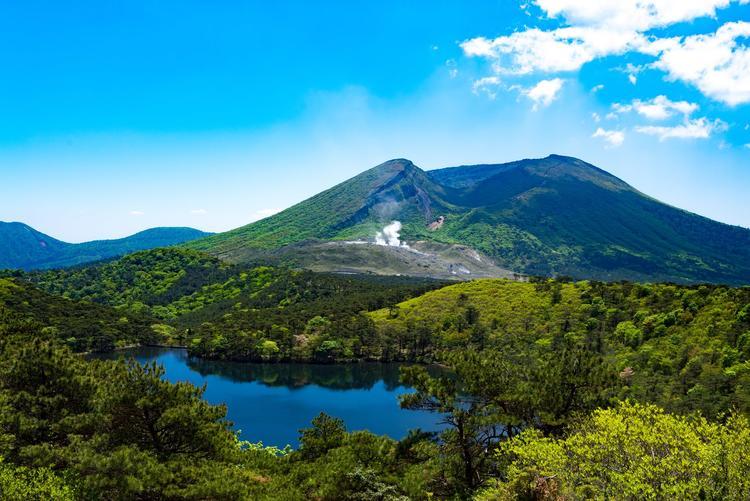 6 National Parks in Kyushu You Shouldn’t Miss: From Majestic Volcanoes to Mysterious Forests

Kyushu, an island bubbling with volcanic activity, is blessed with magnificent natural scenery and an abundance of natural hot springs. There are also mystical, unspoiled subtropical islands off the southwestern coast that are best explored by trekking or taking a night tour. This article will introduce Kyushu’s majestic national parks, where you can immerse yourself in untouched nature and feel the powerful energy of the earth!

Japan’s national parks are some of its most highly recommended sightseeing spots, designated based on strict standards such as the beauty of their natural landscapes and convenience of access. Although managed and protected by the national government, many people still live within the boundaries of many of the parks, as the areas are designated as national parks regardless of private land ownership. This is vastly different from the United States, where the federal government owns the land and is responsible for conservation in the park. In Japan, national parks are tourist spots for enjoying protected natural scenery, visiting hot springs, and going hiking, as well as learning about history and culture.

In this article, we’ll take you through the highlights and best ways to enjoy the six national parks in Kyushu so that you’ll be in-the-know and ready for your next trip!

Saikai National Park: A Dynamic Ocean Park Made Up of 400 Islands (Nagasaki)

Located in the northwestern part of Nagasaki Prefecture, this park consists of 400 islands, large and small, including Kujikushima of Sasebo City, Hiradojima, and the Goto Islands. The park is divided into two areas: the “Hirado Kujukushima Area” and the “Goto Islands Area.” From the complex rias coastline of Wakamatsu Seto, to the countless islands with verdant green forests surrounded by blue ocean, the park has a dynamic landscape that inevitably fills visitors with an appreciation for nature. The view of Kujukushima Islands from Ishidake Observatory, one of the shooting locations of the Hollywood movie “The Last Samurai,” is particularly spectacular.

The park is filled with fascinating historical and cultural sites, such as the World Heritage Kuroshima Settlement, historical whaling culture, and the fortress ruins that protected the Sasebo Naval District. Why not go on a sightseeing boat, a yacht, or even a sea kayak to visit uninhabited islands for some socially-distanced outdoor fun!

Unzen was one of the first designated national parks in Japan. The Amakusa area was later added to become today’s Unzen-Amakusa National Park, straddling the prefectures of Nagasaki, Kumamoto and Kagoshima in the mid-western part of Kyushu.

The Unzen area is renowned for its spectacular volcanic landscapes of Mount Unzen, which consists of more than 20 peaks, including Fugen-dake and Myoken-dake. Unzen Onsen, a town in the foothills, is perfect for a visit to the hot springs for a relaxing bath, and the surrounding area is full of spouting fumaroles and high-temperature hot springs. The "Unzen Jigoku" or hell springs that "scream" as they spout hot air violently have become social media sensations. You can get a taste of the heat of hell at the steam foot spa in the Unzen Onsen rest area! Rest assured, “UNZEN Safety” marks have been put on facilities at Unzen Onsen that operate in accordance with COVID-19 prevention guidelines.

The Amakusa area is an archipelago of 120 islands, large and small, with cliffs, curious rock formations, and sea caves lining its varied coastlines. One of those strange-looking rocks, the “Myoken-iwa” rock in Myoken-ura Bay, looks just like an elephant walking in the sea when viewed from the Jusanbutsu Park Observatory! Furthermore, in Unzen and Amakusa, an area where some of the first foreigners to Japan arrived long ago, you’ll find historical sites depicting the lives and the history during a period when Christianity was a banned religion in the country.

Located in the center of Kyushu with magnificently vast grasslands, Aso-Kuju National Park consists of Mount Aso, which has one of the largest calderas in the world (measuring 18 kilometers east to west and 25 kilometers north to south), and the volcanic Kuju mountain range to the north.

A trip to Mount Aso isn’t complete without a visit to the crater of Mount Nakadake. It is a rare opportunity anywhere in the world to be able to gaze into an active volcano’s crater. As long as it is not closed due to safety concerns (which it sometimes is), it is an easy way to see the turquoise green lake bubbling with steamy volcanic activity.

Nicknamed the “roof of Kyushu,” Mount Nakadake puts on a pink cap from late May onwards for about a month with the bloom of Kyushu azaleas (Miyamakirishima), a designated natural monument. In autumn, fall foliage paints the mountains a fiery red. Three kilometers from the bubbling crater, the gentle grassy plains of the Kusasenri meadow stretch far and wide.

The high season buzzes with activity from tourists and grazing cows, and you can even go horseback riding. Take a deep breath and soak up nature’s essence without worrying about COVID-19 transmission in these vast open spaces. Another interesting fact is that locals have been carrying out controlled burning on these grassy plateaus for hundreds of years to maintain and preserve the grassland. Visitors can attend the Noyaki (grassland burning) in March, an annual event that ushers in the spring season.

This was also one of the first officially designated national parks in Japan. Located in the southern part of Kyushu, the park covers the Kirishima area in Miyazaki Prefecture and the Kinko Bay area of Kagoshima Prefecture.

Centered around Mount Kirishima, the Kirishima area is made up of 20 volcanoes of various sizes. Some of these volcanoes are still very much active, such as Shinmoedake which had a dramatic eruption in 2011; while on the other hand Mount Hinamori and Mount Karakuni are safe for climbing. For something less strenuous, how about a lovely walk in the wild bird forest of Miike crater lake? Another great option is a visit to Kirishima Shrine, the most popular "power spot" in southern Kyushu. Attracting 1.5 million visitors a year, the shrine is a place of mystery that appears in Japanese mythology.

On the other end of the park is Sakurajima, the centerpiece of Kinko Bay and the symbol of Kagoshima. With small eruptions almost every day, it is definitely worth a visit, as it is conveniently accessible from Kagoshima City by a quick 15-minute ferry ride. And for an extremely unique experience, visit Ibusuki for a sand bath in the naturally heated sand.

Yakushima National Park - Mysterious Forests of the Ancient Past (Kagoshima)

The designated national park area covers the UNESCO Natural World Heritage Site of Yakushima which is an island 60 km south of Cape Sata, the southernmost tip of Kyushu; and the island of Kuchinoerabujima, located 12 km west-northwest of Yakushima.

Yakushima is famous for the Yakusugi, ancient cedar trees over 1,000 years old. The largest, called the Jomon Cedar, is said to be between 2,000 and 7,200 years old. Its grandeur and history can only be described as awe-inspiring. If you plan to trek to the Jomon Cedar, start early as it takes 10 hours to get there and back. But don't worry, as hiking trails are well maintained and are suitable even for beginners.

Yakushima is a place that inspires, with heart-shaped stumps, mountain streams, and rare types of flora and fauna waiting to be discovered along the way. The island is also Japan’s largest spawning ground for sea turtles, and hatchlings can be seen between April and September.

Kuchinoerabujima is another island of untouched natural beauty with volcanoes, pristine surrounding ocean, and a population of just 100 people. The two active volcanoes are inaccessible but provide the heat for the four hot springs that visitors can visit and enjoy. Kuchinoerabujima can only be accessed by ferry from Yakushima, so why not visit both islands when you plan your next trip?

Located about 300 km off the coast of Kagoshima Prefecture, this park is made up of a number of large and small islands, including Amami Oshima, Kikaijima, and Yoronjima. Home to Japan’s largest subtropical laurel forest, people live in close proximity to nature, enabling visitors to really immerse themselves in the natural environment.

For example, even the residential area of Amami Oshima is 94% covered in forest, and canoe tours through its mangrove virgin forest is a popular activity. This is where you can get up close and personal with nature, minus the crowds. Go on a night tour in search of rare protected species such as the Amami black rabbit, Ishikawa frog, or Ryukyu scops owl as you explore under the most beautiful starry sky.

Another recommendation is the fucha (spouting caves) of Okinoerabujima Island, where you can see a dramatic creation of nature. The caverns were formed by wave erosion of a protruding coral reef, and when a particularly strong swell of water surges through, it can be shot as much as 20 to 70 meters high into the sky!

Beyond the caverns, though, the turquoise blue sea and pearl white sands of the breathtakingly beautiful Yurigahama beach on Yoron Island only appears at low tide in the summer, earning it the nickname of “Maboroshi no Hama” (phantom beach).  There’s a legend that picking up as many grains of star-shaped sand as your age brings happiness. Wouldn’t you like to give that a try?

Japan’s national parks are preserved by the hard work of many who contribute various efforts to protect the natural environment. Damaging vegetation, or catching or feeding animals in the parks is prohibited. Garbage must also be brought home with you. Make sure to follow the rules as you enjoy all the wonders that Japan’s world-class national parks in Kyushu have to offer so that they can be passed on to our future generations.