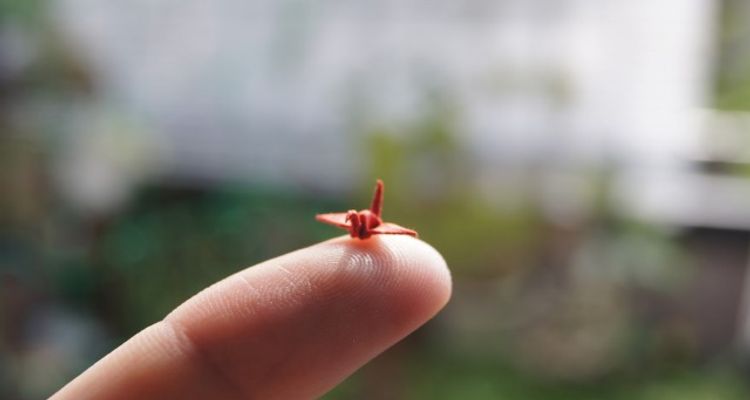 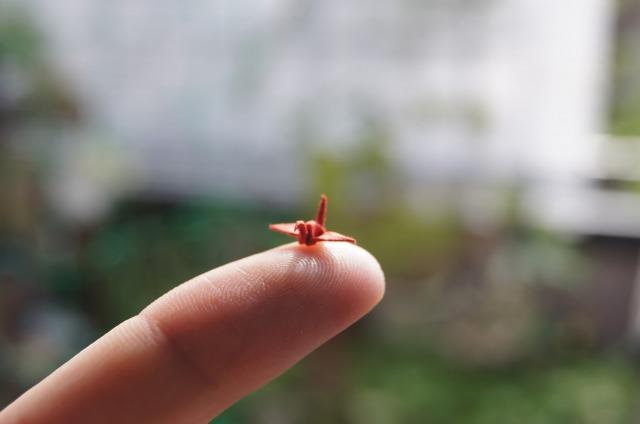 Origami is a Japanese traditional play, in which various techniques are used to fold one paper into various shapes. We present you artworks created using Japanese origami this time.

Have you ever tried origami? Have you ever tried origami before?

Origami is a traditional Japanese craft where you fold a single sheet of paper into different shapes such as flowers, animals, or any other geometric figure that you can think of.

Lately you can find lots of paper with modern patterns, and it's become an important item for crafty people.

You can buy cute origami paper at the 100 yen store The origami paper in the picture is sold in the 100 yen shop and it seems like there are 80 sheets in one package. It would be an excellent souvenir.

※If you want to get the specific package that is featured here, please inquire at your nearest 100 yen shop yourself as patterns and amounts may vary.

By the way, in Japan there is a gift culture where one creates a "senbazuru," or a string of 1000 cranes. Japanese people will create these zenbatsuzuru for specific people or groups during special times.

Thousand Origami Cranes (千羽鶴 Senbazuru) is a group of one thousandorigami paper cranes (折鶴 orizuru) held together by strings. An ancient Japanese legend promises that anyone who folds a thousand origami cranes will be granted awish by a crane. Some stories believe you are granted eternal good luck, instead of just one wish, such as long life or recovery from illness or injury. This makes them popular gifts for special friends and family.

Even though it seems difficult to fold just one crane, it's hard to imagine the amount of time it takes to fold 1000. There are websites that sell senbazuru for people who don't have the time to fold 1000 cranes.

While senbazuru take so much time and money, it seems that they rank high on the "things I don't need" list by people who have received them. For example, after the terrible earthquake and tsunami disaster on March 11th, 2011, a huge amount of senbazuru were sent to the affected areas but it was such an exaggerated amount that most of them were incinerated.

The differing opinions and feelings of people vs the truth

Japanese people generally send senbazuru to people who are in pain or having a lot of trouble in order to give them courage. In spite of that, a certain Japanese artist developed a work of art in order to reveal the feelings that developed in the differing opinions of those who send the senbazuru and those who receive them.

"Tsuru no Ki" ("The Tree of Cranes"): Sending people's wishes once time has passed This is that artwork. When you look at it from afar, it looks like a regular piece of a blooming tree but if you look closely... Can you see it? Actually these little white shapes aren't flowers, but they're all cranes folded by the artist. naokionogawa.blogspot.jp
The 1000 trees were attached to a 2m tall tree, beautifully representing the take-off of people's feelings.

The artist uses origami cranes in other pieces as well. The little red figure in the photo is the crane. It's so small it makes you doubt your eyes. Why did the artist fold this crane? This origami crane flies forever with people's thoughts and feelings. This blue tree of cranes holds a wondrous atmosphere. The color of the cranes have slight differences in shades leading to a fantastic gradation throughout the tree.

The tree itself being black gives this tree a more modern feeling.

"Kibou no Honoo" ("The Flames of Wishes") Just as though they were calling the impressive vividness, the cranes in this piece are flying straighter and higher than in other pieces.

This tree of cranes is a beautiful, auspicious-looking piece.

Both the tree and the cranes are all gold. These cranes elegantly dance in the sky.

These origami cranes are, of course, handmade. It seems like there are different versions. Isn't it great that this traditional Japanese art was used to create easily-accessible fashion pieces like this?

Why does artist Naoki Onagawa create artwork like this?

This is the artist, Naoki Onogawa. Why does he create art this way?

One of the characteristics of Japanese people is the ability to keep things without any shape in their souls.
The origami cranes that I met as a child is one of them.
Those cranes are filled with the different prayers of different people.
The souls and existences of those Japanese people are piled into the cranes and I use them to create art. This shopping mall opened in November 2014. Onogawa was in charge of creating the large crane of trees that stands in the entrance of the mall. What's his next work? "The origami crane is one of the most familiar pieces of origami and it's now famous all around the world.

However, when I met the cranes as a child, it was nothing but play.

So I place the so-far-unseen emotions and surprise on the origami cranes,

and I pray that they will fly the wishes from Japan to the world.