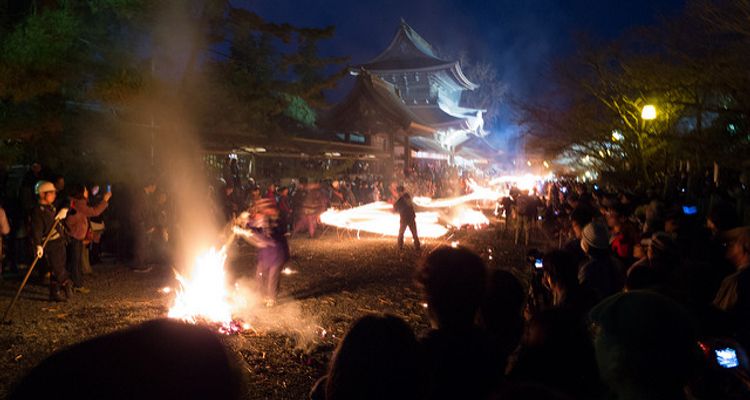 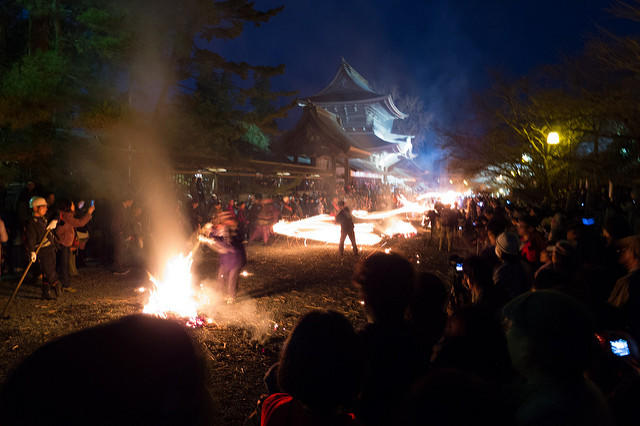 Like fireworks? Well, what about watching a mountain on fire? Check out the Aso Fire Festival!

The Aso Fire Festival is a month long festival held in towns around the volcanic Mount Aso in Kyushu. As the name suggests, this festival involves a lot of fire and a spectacular experience in witnessing how villagers burn down grasses on Mount Aso. It began in 1984 as an effort of the local farmers to coordinate the seasonal burning of the grasses from their fields. The motivation behind this was to turn the burning into a spectacle that would attract tourism to the area.

One of the main attractions during this festival is called Dai Himonjiyaki. This is the fire event that happens upon Mount Aso. The villagers create a giant kanji symbol on the mountain slope before setting it ablaze. The kanji character, which means “fire”, is about 350 meters in length. The fire will then spread to the nearby areas which create big excitement among the visitors. The burning usually lasts until midnight.

This event usually takes place on the second Saturday of March, and this year it is set to be held on the 14th. However, due to some circumstances such as weather, the event might be cancelled. Hence those who wish to take part, make sure you check with the local tourism office beforehand. Another event you should not miss seeing is the Hifuri Shinji at Ichinomiya Aso Shrine in mid-March. This is a ceremony to pray for a rich harvest and to celebrate the marriage of the gods, and when the object of worship of the female deity arrives, people light their pine torches and start to brandish them. The many rings of fire are spectacular. Hifuri Shinji will be held on March 21st, a Saturday, this year. This event also welcomes ordinary visitors to take part torching the pine and creating the fire show. The Yama-no-kami Matsuri (Mountain God Festival) is also held at the end of March in neighboring Nishihara Village, where you can see the rare spectacle of a no-yaki (burn-off of withered field grass) at night. Another of the delights is the food, such as Aso beef barbecue, prepared with original recipes from each town. You will find Japan's only Tofu Museum at Hana-Asobi (Aso Agri Square) near Aso Station. By the time this festival ends the cherry blossom season is about to arrive.