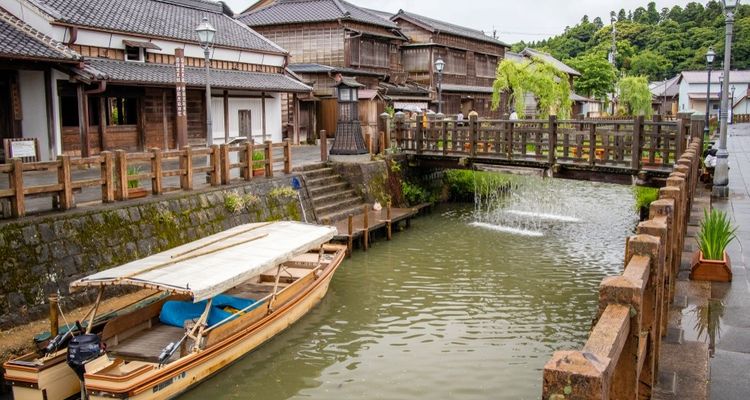 These Atmospheric "Little Edo" Towns Will Remind You of Ancient Japan!

When someone says "good old Japan" they probably mean the times of the Meiji and Edo periods. Edo period was a peaceful time with no wars that lasted for over 200 years. To learn more about this peaceful era that was such a rare occurrence in the scale of the whole world, let's go see the cities that are sometimes called "little Edo towns." Kawagoe is the city that made the "little Edo town" term famous. The townscape from the Edo period has been preserved well, and when you walk along the Kawagoe streets, it feels as if you slipped into the world of old Edo. Tochigi city prospered as a post-town on the road to Nikko and also as a merchant-town that thrived on the trade thanks to the water transportation system of Uzumagawa river. The town keeps the streetscape with storehouses and white walls and shows the scenery of Edo. Sawara is the town called "Edo Masari"(superior to Edo), thanks to the transportation by Tonegawa river. Even now, there are many merchants who take over family business. The city is designated national "Important Preservation Districts for Groups of Traditional Buildings". This is the castle town developed by Tadamasa Honda who was the powerful commander of Ieyasu Tokugawa. It is believed that the current townscape was completed during the Genroku era, and there are a number of buildings that were specified as cultural properties that were safely retained in the old town.

Atsugi was a post-town along the Oyama road, but it is now crowded with residences of the Tokyo suburbs. There are efforts to revive Atsugi as a small Edo by reviving the post-town atmosphere of Edo in the Higashi-cho district of Atsugi city. Kaketsuka is a town located at the mouth of the Tenryu River, which used to be busy as the water-based interchange between Edo and Osaka. Because of the location, the town has been influenced by Edo culture and such historical culture still remains in the town. Hikone prospered as the castle town of Hikone castle (a national treasure) constructed by the Li clan. "Hiko-nyan" Yurukyara (the promotional mascot character) which sparked "Yurukyara boom" is the mascot character of Hikone. The castle and the castle road which imitated the streetscape of Edo are must-see landmarks.