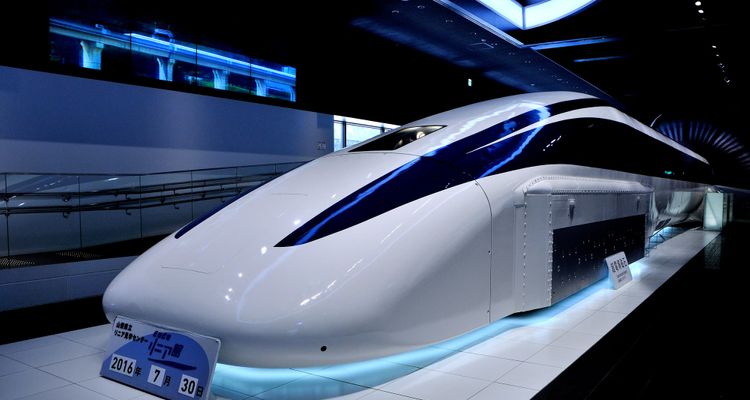 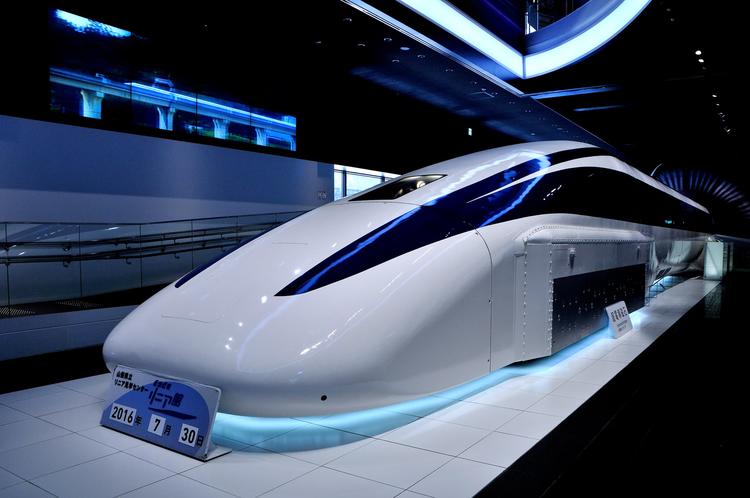 All About Japan's Maglev Bullet Train: The Levitating High Speed Train Set to Cut Travel Times in Half

Japan's bullet train network is famous worldwide for its speed, safety, and reliability. In the coming years, Japan will build its first high-speed maglev line that is set to improve the existing system in all of these respects and more. The maglev, or "magnetic levitation", technology being developed in Japan has already broken world record speeds, and the trains of the future are not too far off. The Japanese maglev project is planned to connect Tokyo and Nagoya in 2027 and extend further to Osaka in 2037. Read on to find out more about this $80 billion project and learn how to see the new maglev bullet trains in Japan today!

What is Maglev and How is it Different?

Japan's network of bullet trains, called shinkansen in Japanese, first opened to connect Tokyo, Nagoya, and Osaka in 1964. Today, the network covers 2,765 km throughout Japan, with the Tokyo to Osaka Tokaido Shinkansen line remaining the busiest route. In its 50 year history, there have been no accidents resulting in fatalities or injuries. In 2018, the average length of delays on the network was a mere 0.7 minutes: an average that even includes longer service stoppages due to natural disasters.

Today's Japan's bullet trains can reach maximum speeds of 285 km/h. These speeds are achieved through a variety of technologies, including aerodynamic body design, a sophisticated track system, and a computerized ATC (Automated Train Control) network that manages speeds and emergency signaling electronically.

The reliability and convenience of these trains have made them an indispensable part of travel throughout Japan. The route between Tokyo and Osaka carries 360,000 seats a day, around twelve times the volume of airlines on the same route, with CO2 emissions only around 1/12th of that of an aircraft.

So, how will the new maglev system improve on Japan's already excellent bullet train network?

The SCMaglev technology being developed by JR Central in Japan is an electrodynamic system, or EDS. This system uses a completely different type of track to conventional rolling stock. Instead of metal rails, the EDS system uses superconductive magnets in the train's body which interact with metal coils along a guideway. This interaction propels the train forward, stabilizes it, and, once the train is at speed, achieves levitation at a height of 10 cm.

This levitation eliminates friction, allowing these trains to reach record-breaking speeds. The lack of friction on an EDS maglev line also means that the system requires less maintenance due to mechanical wear and tear, as well as a more quiet and comfortable ride for passengers.

The L0 Series SCMaglev trains being developed for the Chuo Shinkansen line are currently being tested at the Yamanashi Maglev Test Track. In April 2015, these trains broke the land speed record for rail vehicles by reaching a speed of 603 km/h. When the Chuo Shinkansen line is complete, the trains are projected to run at maximum speeds of 505 km/h.

About the Chuo Shinkansen Line

The maglev technology being developed by JR Central in Japan will be used to create the planned Chuo (Central) Shinkansen line which will link Tokyo, Nagoya, and Osaka. The Tokyo to Nagoya track is expected to be completed in 2027, with the Osaka section to be completed in 2037.

The construction of the full Tokyo to Osaka line network, including its dedicated tracks and an extensive tunnel system, is projected to cost over 9 trillion yen. So, will these costs be passed on to riders? Luckily, JR's projected increase in fares has been announced to be just 700 yen on the Tokyo to Nagoya leg, and 1,000 yen for the Tokyo to Osaka leg. This equates to twice the speed at only a 6% to 7% price increase for customers.

If 2027 seems like a long time to wait to see Japan's maglev line, you can get a glimpse into the future at the Yamanashi Prefectural Maglev Exhibition Center. Located by Yamanashi Maglev Test Track, visitors here can see the new L0 Series trains from the center's test track viewing platform. (We recommend checking the offical website linked below for planned test days.)

Visitors can learn about maglev technoogy at the center's educational space, which includes a ride-on Miniature Maglev and other hands-on experiments. Other attractions include a display of the world record-breaking maglev train that visitors can go inside, a Maglev Theatre that gives a simulation of traveling at 500 km/h, and a 17 meter long, 1/87 scale miniature railway. Train fans young and old are also sure to love the exclusive maglev souvenirs available here.

A Look Into the Future of Transport

The development of a high speed maglev network could have wide-reaching benefits for business, tourism, and quality of life in Japan. Japan Rail is not only developing its maglev network in Japan, but seeking to export their technology to countries like the United States and Australia as well. Efficient, high speed rail, with significantly lower carbon emissions and energy consumption than air travel, may be one way we combat the environmental impact of mass transit in the future. There's no doubt the world will be watching as this network launches in Japan in the coming years.