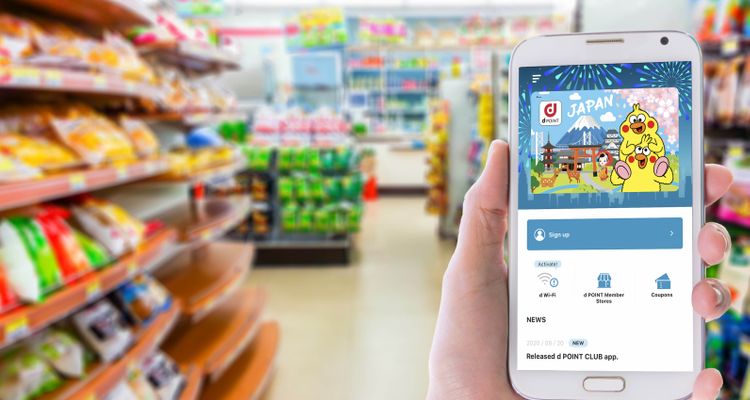 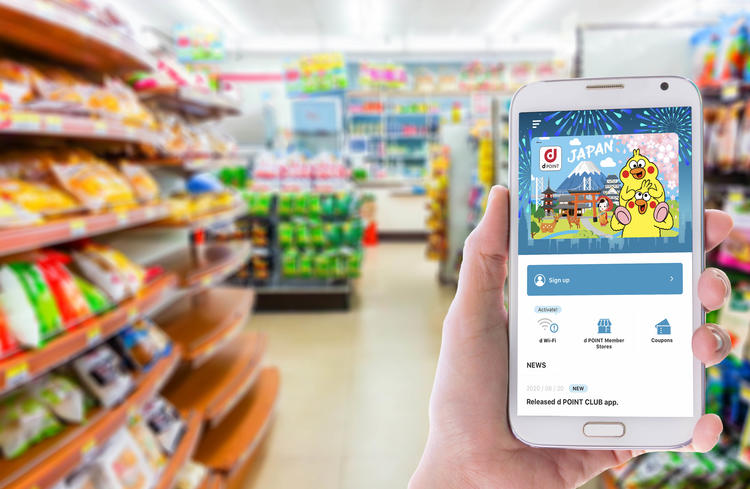 When traveling in Japan, you may have noticed the popularity of reward points programs by virtue of the question, “Do you have a point card or app?” which seems to be asked at checkouts everywhere, including convenience stores and restaurants. This article investigates how to utilize these reward points programs that have become integral to the lives of many Japanese and discusses which ones would suit foreign travelers the best. Learn the secrets to using these programs effectively and save by taking advantage of them while traveling in Japan!

*This article was written in collaboration with NTT DOCOMO.

How Did Reward Points Programs Become So Popular in Japan?

The History of Reward Points Programs in Japan

If you like to travel in Japan, you may have already heard about the popularity of reward points programs here. You'll find point programs for all kinds of purchases, including those related to necessities (food, clothing, and shelter) and recreational activities. The points acquired from these programs are proportionate to the amount spent and can be used to get discounts for later spending. But how did the Japanese become so engrossed in accumulating points? How did this practice of earning points develop?

There are conflicting theories as to the origin of reward points programs in Japan, but Japan Internet Point Conference puts forth one that Koga, a kimono store in Kitakyushu City, launched the first program in 1916. Later, with the proliferation of coupons and credit card services, companies across Japan started implementing loyalty programs.

According to NLI Research Institute, the big box electronics retail chain Yodobashi Camera issued Japan’s first reward points cards in 1985 to help reduce the burden of negotiating prices with customers. These cards recorded points that could be used in the same way as cash and became an instant and unprecedented hit. Seeing their success, companies in other industries began to offer similar programs, leading to their exponential growth, to the extent that they are now intrinsic to the daily lives of Japanese people today.

There are reward points programs in other countries, but the way points are cashed varies by country.

Conversely, in Malaysia, reward points services are just as popular as in Japan. However, there are few programs that offer cashbacks, and instead, points are usually converted into coupons or gifts.

Welcome to a Nation of Reward Points Programs Where You Can Exchange Points for Cash!

Points in most reward points programs in Japan can be exchanged for cash. The point-to-cash ratio depends on the provider and on other factors, such as the time of year, but the standard rate is 1 point earned for 100 yen spent, which can later be converted to 1 yen. The points can be used at member stores in a variety of different industries, so you are not limited to one shop or brand and can even use them for online shopping.

According to a study by the Yano Research Institute, the reward points services and cards market in Japan is expected to top 2.2 trillion yen in 2022. Reward cards are so popular in Japan that a new word, “poi-katsu,” referring to the utilization of reward cards, has been coined. It is said that there are people who are so adept at utilizing their reward cards that they can save tens of thousands of yen in a month.

In Japan, the checkout clerk at almost all shops, including convenience stores, supermarkets, and restaurants, will ask “Do you have a point card or app?” This is an indication that reward points programs are so embedded in Japanese culture that it is almost customary to utilize them. However, many reward points programs require that users live in Japan, so they are services that foreigners can see when traveling, but cannot use themselves.

Despair not! The d POINT program to be introduced here is not only a famous reward points service utilized by many Japanese, but it is also one that foreigners can utilize by registering while still in their own countries*. Here is how it works.

It's Borderless: Even Non-Residents Can Apply for It

d POINT is a service offered by Japan’s leading telecommunications provider, NTT DOCOMO, that has no registration fees or annual fees and can be used in a wide range of locations. It allows visitors to easily enjoy a Japanese reward points program by registering just their basic information.

Program Overview: d POINT Has Numerous Member Stores to Earn and Use Points

You can earn points so much faster by focusing on one reward points program rather than using several cards and apps. With 752 member organizations operating 200,000 stores, d POINT has by far the largest number of member stores and is therefore the most efficient program for earning points. You can earn points at a wide variety of shops you’ll be going to when traveling in Japan, including convenience stores, drug stores, restaurants, sundry stores, big-box electronics stores, anime goods stores, and department stores.

Let’s say you purchase 10,000 yen (excl. tax) worth of items at a drugstore and earn 100 points. You will be able to use the accumulated points at the next d POINT member store you go to and get a 100 yen discount. You’ll still earn points on the amount you pay at the next store (i.e. the purchase price minus 100 yen), so you keep building up points.

No More Need to Carry a Card

Have you ever struggled to find your reward card among the stack of cards and receipts in your wallet? Perhaps you’ve looked through your whole bag and realized you forgot to bring it? Why not use the d POINT CLUB app so that you never have to experience that stress again? The great news for travelers to Japan is that you can download the app at home before leaving your country* and start accumulating points the moment you land in Japan. If you’ve been annoyed at having to find your card in your wallet, this is the time to download the app. Don’t miss out on the discounts for d POINT members!

Usage of contactless services has increased rapidly in Japan over the past few years, and with the recent pandemic, is being promoted as a way to reduce touching. With the d POINT CLUB app, you can earn points simply by showing the barcode on your app, so you can make payments easily and safely.

Free High-Speed Wi-Fi at Your Fingertips

Have you ever rented a pocket Wi-Fi router with friends and ended up with no Wi-Fi when going your separate ways? If you’re a d POINT member, you’ll never have to be in that position. If you set up Wi-Fi access using the d POINT CLUB app, you’ll get access to NTT DOCOMO’s free and secure high-speed Wi-Fi at numerous designated areas across Japan. What a great way to enjoy your travels without worrying about the amount of data you use!

There are d Wi-Fi hotspots around the country in places like airports, stations, coffee chains, fast food chains, and convenience stores. Almost all places that travelers will want to use the internet in are covered. This is a handy service to have in case you have a sudden need to use the internet.

More Discounts Than You Can Use

You can go to the official website on the d POINT CLUB app to see information on member stores and discount news. There are numerous discounts for members, so make sure you don't miss out. Some examples include the airport bag delivery service, JAL ABC (15% off); the online hotel booking site, Booking.com (10% cashback); and coupons (up to 50% off) you can use at a variety of restaurants and stores. Use these services wisely and save while enjoying your travels in Japan.

Another welcome perk is the novelty items, such as a strap featuring the d POINT character POiNCO, popular both in Japan and among Asian visitors to Japan, that you can pick up at designated locations.

With the coronavirus, it may be a while before you can travel to Japan, but be prepared for when you can and download the app while in your home country. On your next trip to Japan, be sure to follow the Japanese and save using d POINT!