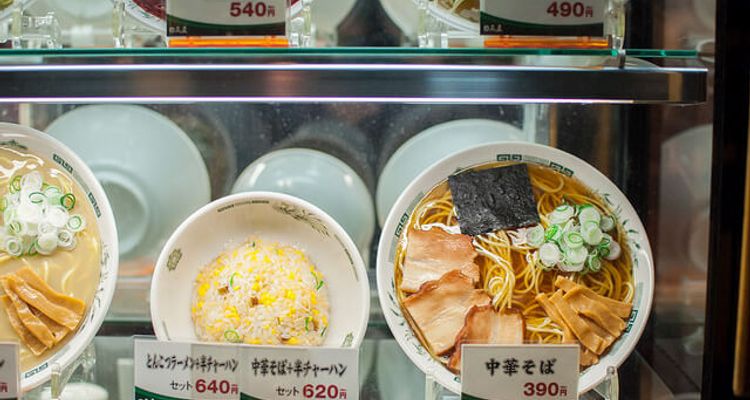 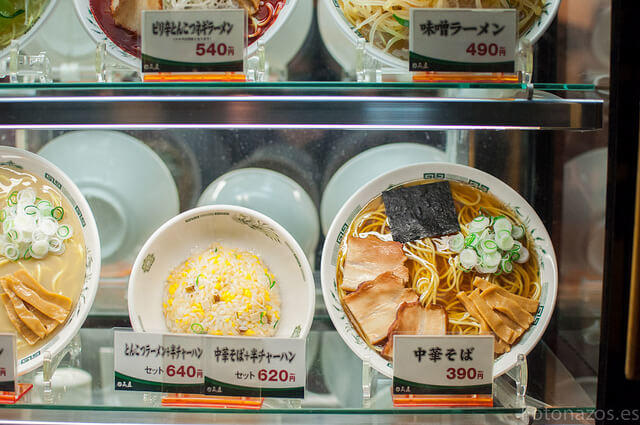 Japanese Food Replicas: Gastro-friendly Art That Will Wow You

Many visitors to Japan are fascinated by colorful food replicas displayed at the entrance of restaurants. They are so real that it can almost be considered state of the art. These days, how to make the fake food is no longer the experts’ secret!

Where did you have your first meal after arrival on your first visit to Japan? If it was at a restaurant at the airport, was that your first encounter with ultra-realistic Japanese food replicas? It does not matter whether the dish is Japanese or Western, dessert or entree; they all look very real. These amazing-looking replicas are made from several types of plastics and resin. They are usually displayed in a showcase to let you know beforehand what the dishes served there look like.

When and who first started making food replicas in Japan? There seem to be several theories. Some say that it was around the beginning of Showa period (1926-1989), which means more than 80 years ago.

Apparently, it was sometime between the end of the Taisho period and the beginning of the Showa period when replica foods were invented. Unfortunately, documents describing the stories of their origin have not been discovered. It is said that they were invented by more than one researcher and artisan in different places at roughly the same time. In the beginning, the samples were made from wax, but it had its weaknesses.

During the late 1970s to 1980s, the materials used for replica foods changed from wax to resin, and this widened their appeal. Wax replica foods were weak against heat, and sometimes melted in the showcase in direct sunlight. Compared with them, resin replicas had remarkably improved durability, and using silicon in molds enabled elaborate expression in the details.

The change in the materials brought new possibilities to fake foods. Thanks to the improved quality, now they can make samples like these. The replicas are no longer just telling restaurant customers what the ordered dishes will look like. They can now "capture a moment" just as photos do! And now, out of display windows!

"The art of replica foods is not only for display windows."

The technique developed in the pursuit of "realness"  has been applied to much smaller replicas as well.  Now you see these accessories and key chains being sold as cool souvenirs from Japan. They are definitely eye-catchers because they look amazingly real!

And still some people want more than that...

There always are those who want to make things on their own. For such DIY crowd, food replica manufacturers offer several fun options.

A company sells DIY replica food kit so that you can enjoy making food replicas at home. The kit contains these items. The instructional video on their website will help you understand what to do.

Also, several manufacturers offer workshops where you can learn how to make fake foods with your family members or friends. So, this might give you some idea of why so many adults are attracted by fake foods and make a big deal out of how real they look.

Maybe food replicas are a result of a good combination. They have an awfully lovable, friendly theme and the air of craftsmanship which turned these toy-like products into an art.