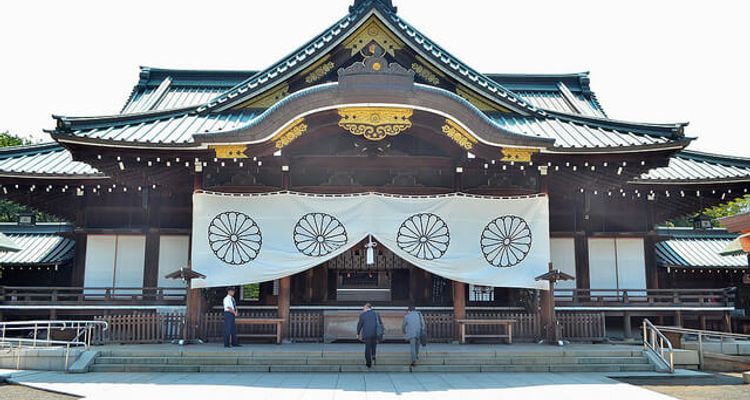 In Japan, some people are worshiped as Gods. How, and why does that work?

Around the world, there are many diverse religions worshiping many different gods. There are many religions in Japan, and in some of them, people can become gods. Why is this so?

1. What are people gods called?

People that are worshipped as gods are called "Hito Kami" (人神). They usually can be split into 2 types: 1, people who they achieved much in their lives, or 2, people who died an abnormal death and caused a supernatural disaster. The latter are known as "Tatari Kami" (祟り神).

Hito Kami are people who are worshipped as gods. It is an umbrella term, which includes Tatari Kami (which will be explained later). Not everyone can become a Hitokami - what the person did in their life, or what they are said to have caused after their death is important. People's beliefs make them a god. For example, Hideyoshi Toyotomi is a Hitokami for his achievements as a general and a ruler.

Despite his low rank of birth, Hideyoshi worked his way up to become a general and a ruler. His life was praised as the most successful among anyone of the Sengoku period. After his death, 9 shrines, called Toyokuni Shrine (豊国神社), were built. Hideyoshi is called a Toyokuni Daimyoujin (豊国大明神). His success attracted the worship of the people. The image below is the Toyokuni Shrine in Kyoto.

If you've seen the movie Princess Mononoke, you would probably remember the black worms growing out of the boars.

The black worms caused the plants to die, and cursed Ashitakahiko, causing him to leave his home village. Tatari Kami are extremely powerful spirits that cause supernatural weather and death in the land of living. The spirits can be gods, animals or people. An example for a Hito Kami being a Tatari Kami is Michizane Sugawara. Michizane Sugawara was a lord, scholar, a poet of classical Chinese, and a politician in the Heian period. He was famous for being loyal, but was prosecuted for a false accusation, and was demoted to a regional administrative body. He ended his life there. After his death, strange things started to happen at the capital. His political enemy, the emperor's son, started dying. A large bolt of thunder struck the capital, leaving many dead and injured. The Imperial Court decided that these events were the curse of Michizane, and forgave Michizane and his descendants, return them from their banishment to the capital. A Shinto shrine was built to calm his spirit, which is the Kitano Tenmangu (北野天満宮) as shown in the image below. Michizane is now called a Tenshin (天神), and famous for being the god of knowledge. Official site here.

Actually, they can in Japan. The term "god" differs depending on the religion. In Japan, when people die, they are thought to become spirits and stay in the living world. They are no longer people. And as spirits, they can effect the living world, either in good or bad ways. They can protect people, or cause natural disasters. In order to become a god, one of the prerequisites is to have spiritual powers. So, strictly speaking, after death, anyone can become a god. Worshiping them and building shrines concretes their position as gods.

5. What religion are these gods part of? The answer would be Shintoism (神道). Shintoism is a Japanese folk belief, based on the belief in ancestor gods and the gods of nature, with some influence from Buddhism and Confucianism.

6. Are there anymore shrines of Hito Kami?

Yes, there are. Nikkou Toushougu (日光東照宮), shown in the image below, worships Ieyasu Tokugawa, who was a successful general and a ruler in the Sengoku period. Official site here (only in Japanese).