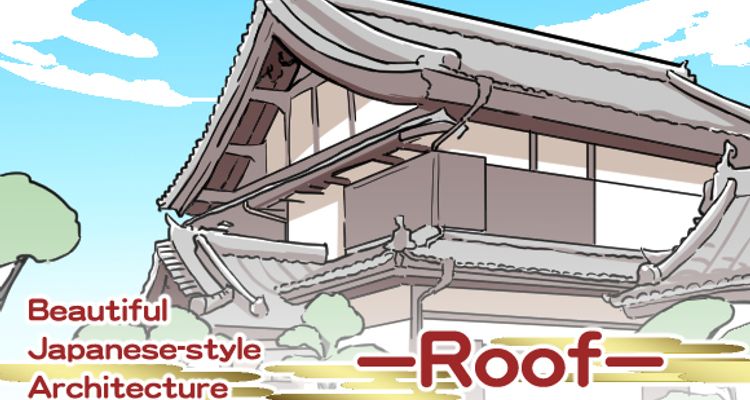 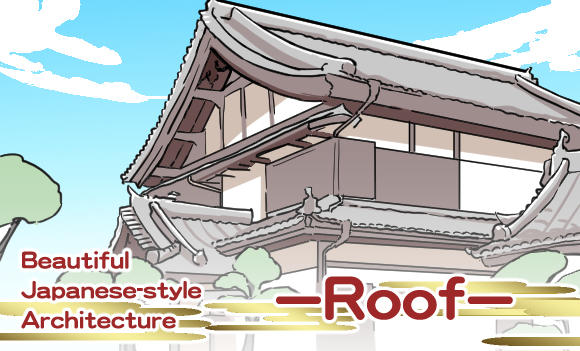 A Manga Guide to the Beautiful Roofs in Japanese Architecture

One of the most distinctive features of Japanese architecture is the magnificent roofs. When you see Japanese temples and shrines such as Nikko Toshogu Shrine, Sensoji Temple, and Meiji Jingu Shrine, you will definitely notice the grand roof first. This article will introduce these charming roofs in detail!

The Different Types of Roofs, Explained

The various roofs in Japanese architecture look similar at first glance, but they can actually be distinguished into three categories: kirizuma-zukuri (gable roof), yosemune-zukuri (hip roof), and irimoya-zukuri (hip-and-gable roof).

Of course, Japanese-style roofs are not only designed to look good. Compared with brick and stone buildings in Europe and America, these types of roofs also play an important role in protecting wood buildings and earthen walls from Japan's rainy climate.

A Closer Look at Roof Tiles

Tiled roofs are not only common in Japan, but also in China, Europe, and America. The birthplace of the roof tile is unknown, and the oldest tile that can be identified nowadays is a 3,000-year-old tile unearthed in China.

During the Asuka period (528-710), four "roof tile experts" came to Japan from Baekje (one of the former three kingdoms of Korea) to present tiles, and there began the history of the Japanese tile, or "wagata-kawara." Japanese roof tiles can be divided into two categories, sangawara and yakugawara, according to their function.

Sangawara are ordinary tiles that are arranged neatly along the slope of the roof.

The air layer under the tiles helps with heat and sound insulation, and the tiles themselves protect against water leakage.

Sangawara was previously divided into two types, hira-gawara and maru-gawara, which were often combined together in a technique called "hongawarabuki," but it may be less common now that sangawara (a combination of the two) has become standard.

Yakugawara is used for roofing special sections. Basically, anything that is not the ordinary wavy hiragawara can be considered yakugawara. There are many kinds of yakugawara.

For example, this is onigawara ("demon-tiling"). When used as a decoration, it is said to have the function of exorcising demons and preventing fires. The mythical "shachihoko" decorated on the roof of the above castle is also a kind of onigawara.

This is noki-gawara ("eaves-tiling"), which serves to drain rain from the roof to the rain gutter. Here, kamon (family crests) can be engraved in the circular parts to indicate the building's ownership.

What do you think? Roofs can be a surprisingly complex topic!