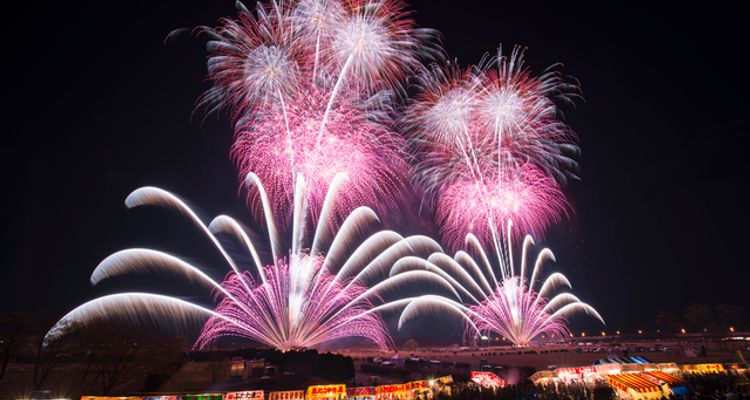 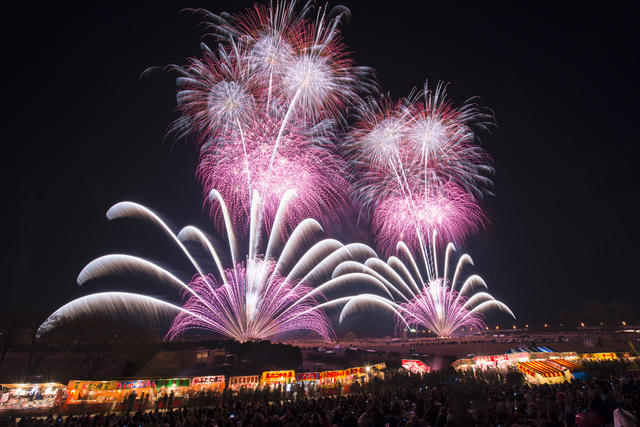 How to Enjoy a Summer Festival (Natsumatsuri)

It's summer! Get out of the house and go enjoy a festival! Here's a small little guide to show you how.

It's summer! No matter your feelings about the ridiculous humidity, hordes of mosquitoes or the unpredictable thunderstorms, you have to agree that summer in Japan means it's time for all of the summer festivals to start. Forget about the humidity! Don't let the mosquitoes bother you! (Bring an umbrella for those thunderstorms, though.)

If you've never been to a summer festival--in Japanese, natsumatsuri--and have no idea what to do there, don't worry, this article will give you a few pointers. Not every festival has the things listed below, but most of the big ones do. Look for festivals that advertise fireworks - they'll be sure to have everything to ensure you have the quintessential summer festival experience!

A yukata (浴衣?) is a Japanese garment, a casual summer kimono usually made of cotton or synthetic fabric, and unlined. Yukata are worn by both men and women. Like other forms of traditional Japanese clothing, yukata are made with straight seams and wide sleeves. Men's yukata are distinguished by the shorter sleeve extension of approximately 10cm from the armpit seam, compared to the longer 20cm sleeve extension in women's yukata. A standard yukata ensemble consists of a cotton undergarment (juban), yukata, obi, bare feet, sandals (geta), a foldable or fixed hand fan, and a carry bag (kinchaku). Kinchaku are used by both men and women to carry cellphones, sunglasses, wallets and tissue. For men, an optional hat or derby may also be worn to protect the head from the sun. Yukata literally means bath(ing) clothes, although their use is not limited to after-bath wear. Yukata are a common sight in Japan during the hot summer months.

Yukata can be a bit on the expensive side, but you can buy sets with everything you need (including the sandals) at reasonable prices. Wearing a yukata to a summer festival will definitely put you in the natsumatsuri mood. Choose a pattern for your yukata and obit that you like, grab your uchiwa (fan) and head out to join the yukata-clad masses.

It takes a little bit of practice to walk in a yukata, but it's much easier than walking in a kimono. Putting on a yukata can also be tough, but there are tons of YouTube tutorials out there to help you!

Your dog can also wear a yukata, though he may not be so happy about it.

2. Eat from the food stalls (yatai)

While most people associate food stalls, or yatai, with back alleys where people (usually businessmen) stop to have a quick meal before heading home, yatai at summer festivals are set up in the festival area selling food for festival-goers to eat while they wander around, or to eat while sitting before the fireworks show starts.

If walking around eating sounds like a pain, you can bring a "leisure sheet," which is a plastic mat, to spread out on the ground. If you go to a festival with a fireworks show, you can grab a spot on the lawn with this sheet and then bring your food there to eat.

Some yatai also sell masks and toys for kids, as well as games. Most of these games are intended for kids, but adults can play them too!

Ramune (ラムネ?) is a carbonated soft drink originally sold in Japan which was introduced in Kobe by Alexander Cameron Sim. Ramune is widely known for the distinctive design of its bottle, often called Codd-neck bottles after the inventor,Hiram Codd. They are made of glass and sealed with a marble; the codd head is held in place by the pressure of the carbonation in the drink. To open the bottle, a device to push the marble inward is provided. The marble is pushed inside the neck of the bottle where it rattles around while drinking. Therefore, the drinks are sometimes called "marble soda" outside of Japan.

...Ramune is one of the modern symbols of summer in Japan and is widely consumed during warm festival days and nights. Empty bottles are usually collected for recycling at stalls where it is sold.

Popular flavors include strawberry, cherry, lemon, green tea, grape, melon, "Blue Hawaii," sweet plum, and colorless syrup. Some shops provide colorful varieties by using two or more different syrups. To sweeten kakigōri, condensed milk is often poured on top of it. It is not like a snow cone: It has a much smoother fluffier ice consistency, much like fresh fallen snow, and a spoon is almost always used to eat it. The traditional way of making kakigōri uses a handcranked machine to spin a block of ice over an ice shaving blade. Even though electric ice shavers are most often used, street vendors can still be seen hand-shaving ice blocks in the summer.

In addition to the streets, kakigōri is sold in festivals, convenience stores, coffee shops, and restaurants. During the hot summer months, kakigōri is sold virtually everywhere in Japan. Some shops serve it with ice cream and sweetened red beans or tapioca pearls.

Like ramune, not only is kakigōri a summer staple, it is also a summer festival staple. Luckily buying them at festivals means you get them in a handy cup, so the ice won't melt all over you.

As I mentioned earlier, some of these games are definitely intended for kids, but that doesn't mean adults can't play them (and they definitely do). You can get water balloon yo-yos in different patterns, or you can try kingyo sukui--goldfish scooping, which is a lot harder than it sounds, as you have to scoop it up with a hoop that only has a thin piece of paper stretched across it.

Whatever you choose to do, have fun! It's a festival, not serious business.

For some people in Japan, fireworks are THE BEST THING EVER about the summer. Summer = fireworks. Festivals = fireworks. Why isn't every day a fireworks show!?

Even if you're not into fireworks that much, it's still nice to enjoy an evening out and end the day with a nice show. Sit back, relax and enjoy.