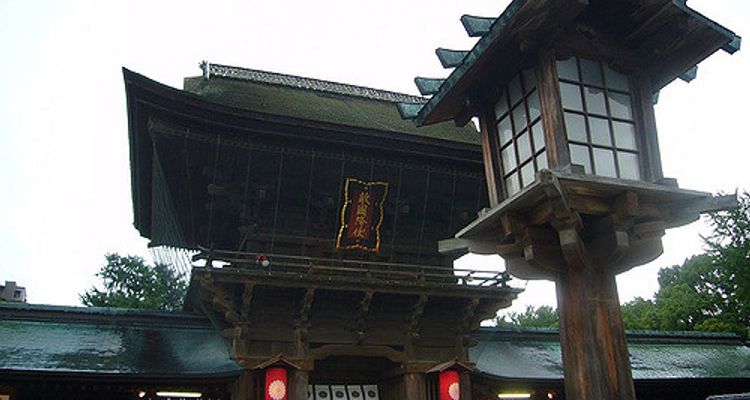 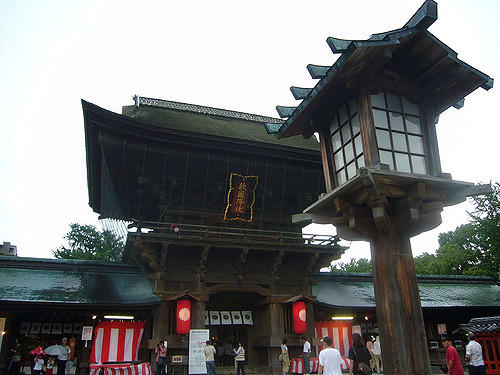 Tamaseseri Festival is one of the rituals held during the New Year festive in Fukuoka.

Every country will have a different way to usher in the New Year. In Japan, various rituals and traditional festivals are held, hoping to bring in a prosperous and peaceful year.

In Fukuoka, Kyushu, a traditional event known as the Tamaseseri Festival or the Ball-catching Festival is held on 3rd of January in Hakozaki Shrine.

“Seseri” means “to touch” or “to compete”, which is just what competitors clad in loincloths do!

The main attraction of this festival is you will see half naked men fighting in the middle of cold winter day. Not only that, these men who are only wearing loincloths will also be splashed with cold water during the whole competition. It is already cold enough by just imagine the scenario. The men who are divided into two different teams – the Land team made up from the farmers and the Sea team consists of fishermen will fight to catch the lucky ball and lift it high on the head. This lucky ball known as the Takara-no-tama is weighed about 8 kg and comes in about 30 cm diameter big. According to the traditions, the man who lifted the ball will gain good success and fortune in the New Year. It also determines whether the New Year will bring a good harvest or catch, depending on which team lifted the ball and hand it over to the Shinto priest. If the winner comes from the Land team, then the year will be filled with good harvest. And if the winner is from the Sea team, then it will be a year with a lot of fishes. One o'clock in the afternoon. Two purified balls - a "yang" (representing masculinity) ball and a "yin" (representing femininity) ball - are carried to Tamatori Ebisu Shrine. The "yin" ball is dedicated to this shrine. Meanwhile, children will carry the “yang” ball heading to the direction of Hakozaki Shrine. In the middle of the journey, the children will toss the ball to men waiting along the way.

These men start scrambling for the ball, and amid cries of "Oisa! Oisa!" the atmosphere becomes one of feverish excitement. This excitement reaches its peak by the time the men pass under the torii gate. It is also believed that by touching the ball it is enough to bring a good luck in the New Year, which creating a great chaos since everyone is trying to get some luck from the ball.

The Tamaseseri festival is one of the three main festivals of Kyushu and dates back 500 years. Historians also said that it originated from the legend of the dragon god (ryujin) offering two balls to Empress Jingu.