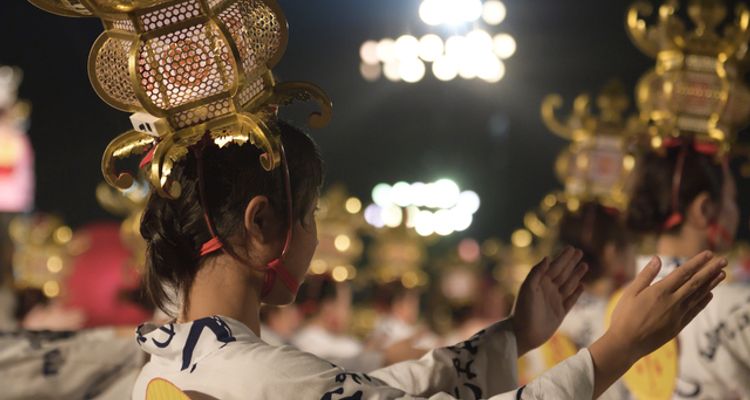 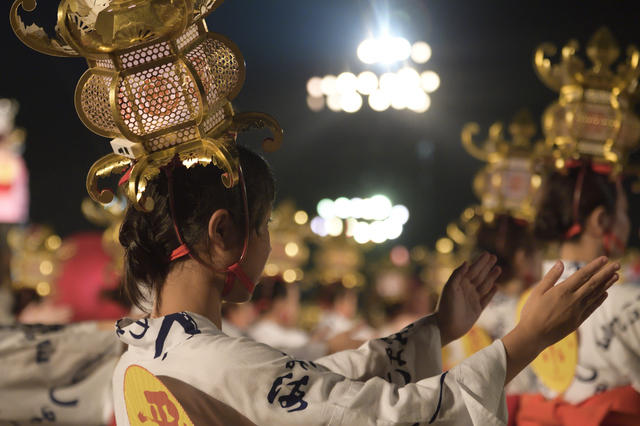 One of the three grand fire festivals held in the Land of Fire, Kumanoto, Yamaga Toro Matsuri is one of the summer festival in Japan that you should not miss out. It is an annual festival held in the evenings of the 15th and 16th of August.

According to ancient legend, during a visit to the city, an Emperor known as Keiko and his entourage were having a difficult time to get through their way during a thick foggy night. The local residents then guided the Emperor home safely with the bright Yamaga paper lanterns. Since then, the local have been offering torches yearly to remember the Emperor’s rare visit to the town.

During the two celebrated evenings, some 1,000 women dressed in summer yukata, bearing a lantern on their head will dance freely and elegantly with the traditional tunes played. They will shout “Yoheho, Yoheho” while dancing.

The meaning of "yoheho" in the lyrics is still unknown.
Some consider "yohe" to mean "to get drunk", while "ho" is an interjection to catch people's attention in the Higo dialect.

In a nutshell, the literal meaning is then for the people watching the Yoheho dance to "go get drunk as a skunk, mate!" If you think about it this way, it's the perfect song to sing in a bar or sake factory!

Today's "Yoheho Tune" is a mix of Japanese folk music tunes and shamisen tunes (they have been very popular in Yamaga since the Meiji Era), with the lyrics rewritten by Ujo Noguchi in 1933.

As the women dancing, the local men, also in traditional Japanese attire will re-create the pathway, known as the Pine Torch Procession which had guided the Emperor out from the thick fog.

Yamaga lantern is a complicated artwork made only from paste and Japanese paper which required a good craftsmanship.

1. No wood or metals may be used to make a Yamaga Lantern. Only "washi" (Japanese paper) and a little glue are allowed.
2. The frames must be hollow.
3. The lanterns are not just miniatures of real objects; the artist has to contribute to the vertical and horizontal scales themselves in pursuit of artistic quality.