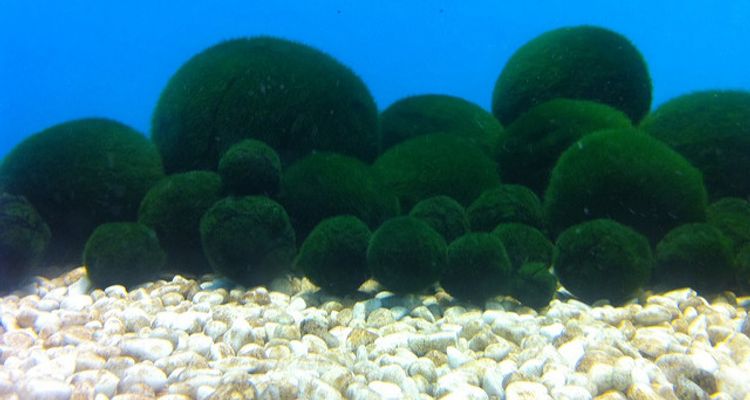 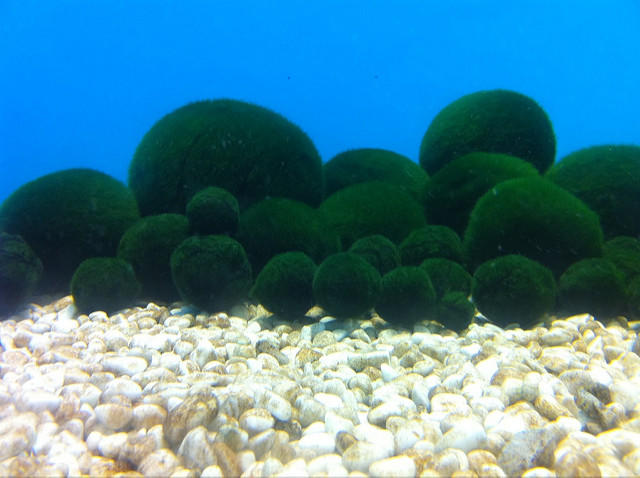 Conserve and have fun at the annual Marimo Matsuri

Do you love nature and in full support to conserve any rare and endangered flora species? Do you love festival, boat competition, bazaar and a lot of fun? If yes, then Marimo Matsuri in Hokkaido is the festival you are looking for.

Ainu People at the Marimo Matsuri

Started by the Hokkaido’s indigenous residents – the Ainu in 1950, the festival’s main objective is to provide blessing to nature for good harvest.

Besides giving blessings, the festival is also aim at creating awareness and educating the public about the endangered marimo algae of Lake Akanko, which is also known as moss ball by the locals. Marimo algae grow in fresh water and gather in large numbers to form green spherical bodies. It takes more than 100 years for natural marimo algae to grow to a diameter of 10cm, but the marimo algae in Lake Akanko are the largest in the world, growing to a diameter of 30cm. They are designated as Special Natural Monuments. According to legend, people who nourish moss ball with love and patient will receive luck, love and happiness in return. It is also an important Japanese tradition among the Ainu people.

Marimo Matsuri, also known as the Spherical Algae Festival is a three-day festival held from 1st to 3rd October annually. The festival is held at Akan-cho city in Kushiro, Hokkaido Prefecture.

On the first day of the festival, a lecture on the growth of marimo and field trips to their habitat are held. The second day features the Marimo Dance Parade, the Marimo portable shrine and the Ceremony for Receiving Marimo, along with the Ceremony to Conserve Marimo in accordance with ancient Ainu traditions. Upon receiving marimo, gratitude is offered to the gods of Mother Nature for the past year's blessings. The festival closes with the solemn Ceremony of Returning Marimo to the Lake, when marimo are carried on a canoe accompanied by an elderly Ainu chief and returned to the depths of the lake bed.

Procession of the Pine Torch

All the visitors are also able to enjoy the procession of the pine torch and firework display at nights. The festival is also organising bazaar and various game competitions throughout the three-day festival.