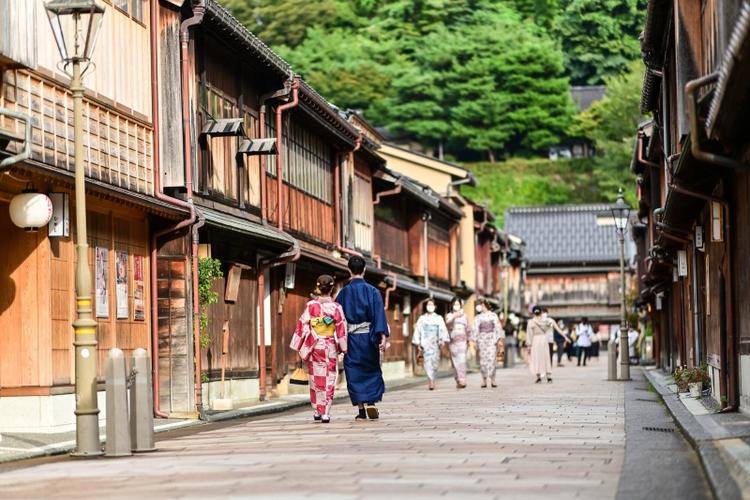 The Chubu region is plunked right in the middle of Japan’s main island of Honshu and is home to many still-standing traditional townscapes reflecting the scenery from long ago. In this article, we’ll introduce charming townscapes around the region's highways, including post towns, merchant houses that hosted traditional businesses, and castle towns overflowing with charm. Read on to learn more about these traditional Japanese scenery and where to find them!

The Chubu Region: Home to Many Traditional Townscapes

The vast Chubu region, located in the center of Japan, encompasses 10 prefectures: Niigata, Toyama, Ishikawa, Fukui, Yamanashi, Nagano, Gifu, Shizuoka, Aichi, and Mie. It historically prospered as a transportation hub that connected the Kansai, Kanto, and Tohoku regions in the west, east, and north respectively. Even now, you can still find many townscapes with scenery that expresses the prosperity of the area in ancient times.

When visiting the Chubu area, you must certainly stop by the post, temple, shrine, and geisha towns, with charming traditional atmospheres that allow you to leisurely observe Japanese landscapes from long ago and forget about the hustle and bustle of daily life.

At 940 meters above sea level in southwestern Nagano Prefecture stands Narai-juku, a post town surrounded by mountains. It is located along the Nakasendo, one of the Edo Five Routes that was built at the beginning of the 17th century, near the Torii Pass, which was known as one of the most difficult places to reach along the Nakasendo. This is why it was believed to have been lively with travelers who aimed to challenge and succeeded in crossing this perilous point.

Narai-juku stretches for 1 kilometer along the Narai River, making it the longest post town in Japan. This charming area is the perfect place to experience traditional Edo-period (1603 - 1867) landscapes, with houses that have eaves that jut out into the narrow path, townhouses with second-story beams that stretch out over the first floor, and latticed wooden sliding doors. You’re sure to feel as though you’ve traveled back in time!

Do not forget to visit the Kiso Ohashi Bridge which spans the Narai River! This pier-less, wooden, arched bridge is only a 5-minute walk from JR Narai Station, and is one of the largest of its kind in Japan, luxuriously built from beautiful, 300-year-old cypress wood.

Kumagawa-juku in the town of Wakasa in southern Fukui Prefecture is a post town located along the Wakasa Kaido, a road that connected Wakasa and Kyoto. It developed as a trading hub with Kyoto, but also partook in trade with continental Asia, with Wakasa seafood and culture from Asia being carried along this road to Kyoto and the surrounding areas.

The still-standing townscape is believed to have taken form during the Edo period, but is characterized by the various house styles that can be seen along the road, including “hirairi” (a style where the entrance to the building is on the side parallel to the roof’s edge) and the triangle-shaped “tsumairi” (a style where the entrance is on the gabled side).

Kumagawa-juku is broken up into three sections: Kamino-cho, Nakano-cho, and Shimono-cho. The central Nakano-cho was especially lively during the Edo period, as it hosted a magistrate’s office, large wholesalers, lodges, and merchant shops. There is much to see in Kumagawa-juku that offer glimpses into the past, such as the Residence of the Ogino Family (the oldest building in the area and an Important Cultural Property) and the Former Residence of Henmi Kambee (one of Kumagawa-juku’s most famous traditional townhouses).

Gokayama is an area in southwestern Toyama Prefecture that is blessed with an abundance of nature. There are 40 villages located along the Sho River which runs through the prefecture, creating a tranquil scene.

Ainokura and Suganuma are two invaluable villages with collections of “gassho-zukuri” steep thatched-roof houses and other traditional buildings, leading them to be registered as UNESCO World Heritage Sites in 1995 along with Shirakawa-go in Gifu Prefecture. Both villages host museums displaying folk materials and hands-on activities in the gassho-zukuri houses, allowing you to learn about the traditional way of life in Gokayama.

Gokayama is periodically illuminated at nighttime, offering a different, mystical sight in comparison to the daytime. The winter illuminations are particularly breathtaking, with the whole of the village being blanketed in the wintertime snow.

The Higashi Chaya District is one of the most popular sightseeing spots in the castle town of Kanazawa. Originally built in 1820, the town features cobblestone streets lined with buildings decorated with beautiful “kimusuko” latticed woodwork, leading to it being nationally designated as an Important Preservation District for Groups of Traditional Buildings. There are five geisha houses still in operation in the area today, and you may get the chance to pass by “maiko” (apprentice geisha) on their way back to their lodgings in the evening.

Shima is a geisha house built in 1820. Not only does it still appear the same today, but it is now a nationally recognized Important Cultural Property. At Shima, you can observe traditional geisha house architecture, and the adjoining tea room allows you to enjoy a drink of matcha tea while looking out over a garden.

The Higashi Chaya District is also the perfect place to enjoy some local cuisine and shopping while exploring, with specialty shops selling traditional crafts, cafes located in restored geisha houses, and restaurants lining the streets.

In the southern part of Nagoya stands Arimatsu, a town established in 1608 with the help of the Owari Domain. The town prospered throughout the Edo period due to the trade of Arimatsu shibori, a traditional local tie-dye craft known for its unique dyeing and tying techniques. It caught the eyes of many travelers, who would buy them as souvenirs, leading to a boom in popularity.

Arimatsu stretches for around 800 meters along the gently curving Tokaido route, and you can still see traces of the prosperous time in the spacious fronts of the main buildings of the shibori merchants, the gates, and the walls. The architectural styles currently seen in the Arimatsu townscape came to be after a large fire in 1784, as roofs and walls were changed to use more fireproof materials.

Be sure to stop by to see the scenery of an unusual town that has kept a singular industry alive from its establishment to the present day!

Admire the Traditional Townscapes in the Chubu Region

The Chubu region is home to many traditional townscapes that will make you feel as though you have traveled back in time to the Edo period! Although generalized as “traditional townscapes,” the essence of these areas can vary, from post towns frequented by travelers to castle towns boasting refined culture and lively merchant towns. Be sure to visit whichever town strikes your fancy and find the ones that alight your whimsy!