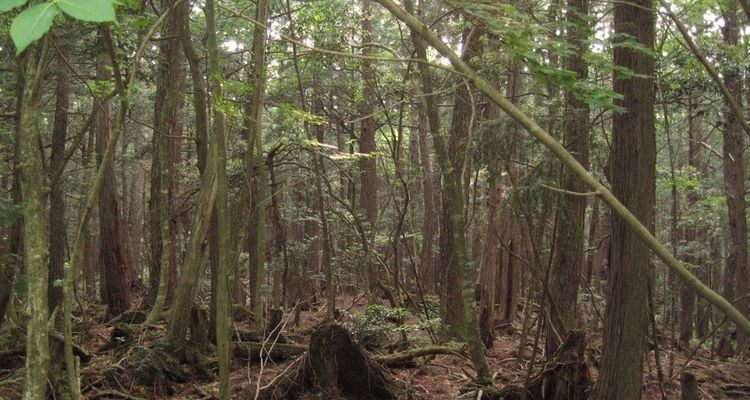 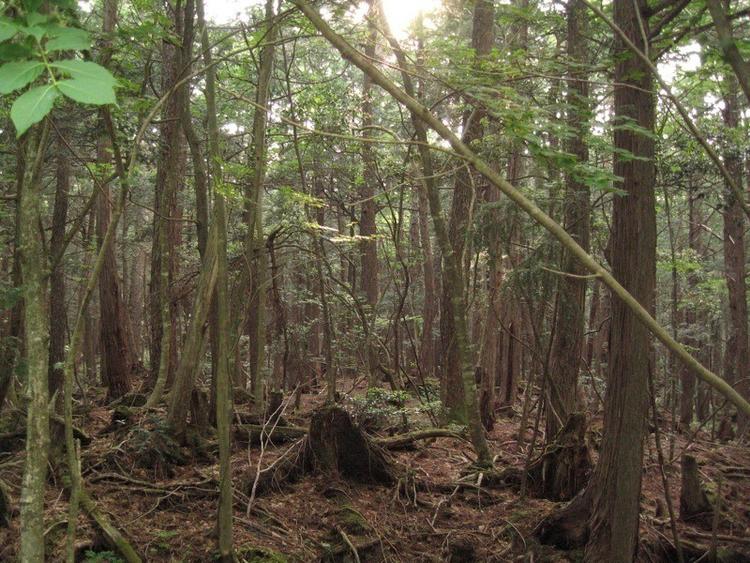 What is Aokigahara? All About The Most Haunted Forest in Japan

Aokigahara is a dense forest that lies at the base of Mount Fuji in Japan. Many urban legends surround this forest, and some believe it to be haunted because of its tragic history as a suicide spot. Aokigahara Forest made news around the world in recent years after a controversial video made by a certain American YouTuber, but this forest has a much longer story. What is the history of this forest, and how has it come to take on such a notorious position in Japan today? Read on to learn more about Aokigahara Forest and how Japan is working to combat the problems faced here.

Please be aware that this article contains sensitive and potentially disturbing content about mental health and suicide. If this subject is a difficult or upsetting one for you, we ask you to please proceed with caution or to simply stop reading. If you or a loved one is struggling and you need someone to talk to, you can find a list of international support lines here.

Due to the high level of stress faced by the Japanese, Japan is seen as one of top countries with high suicide rates. According to a report by The Guardian, depression, serious illness and debt are among the common reasons one seeks to end their life. Back in the feudal era in Japan, committed suicide was seen as an act of honour. Samurai warriors would rather commit suicide, or known as seppuku (ritual disemboweling) than fall into the hands of their enemy – a way to uphold their honor and dignity. Even during World War II, soldiers who joined the Kamikaze, the Special Attack Group to sacrifice for their country was seen as respectful and honoured. Nowadays, many had chosen to end their life not for honourable reasons, but mainly because they could not fit into society. Known as the most famous forest in Japan, Aokigahara is located at the northwest base of the country’s highest mountain, Mount Fuji. Due to its high density of trees, Aokigahara is also known as a Jukai – which simply means a “sea of trees’. The tree coverage is so thick that, even at noon, you will hardly find a bright spot in the forest. Aokigahara is also known as the Japan’s Demon Forest, the Suicide Forest, and the “perfect place to die”. This unique forest, which is very quiet with hardly any wildlife, has turned into a common spot among the Japanese to end their life. And because of the silence (where you could hardly hear birds singing), many Japanese believe that the forest is haunted and dare not go nearby. This 35-sq km forest is cold, rocky, and contains some 200 caves, of which a few, such as the Ice Cave and Wind Cave, have been popular among the tourists. Because of the rocky area and thick trees, Aokigahara’s surroundings are almost identical, making it the perfect journey for those who are making a one-way trip. For trekkers and hikers, they often carry along plastic tape to mark their way so that they will find the way out again. While you're in an Internet rabbit hole investigating the deeper, darker corners of Japan's history, society, and spirituality, here are 4 other abandoned locations that are thought of as haunted for various reasons.

The locals who live near Aokigahara said they could easily identify three types of visitors who head to this infamous forest – the trekkers, the curious, and those planning a one-way trip.

It all started with a mystery novel called “Kuroi Jukai” (translated as Black Sea of Trees) by Seicho Matsumoto in 1960. The novel ends romantically with the lovers committing suicide in the forest, which revitalized the Suicide Forest’s popularity among those who wanted to end their life. One could blame the novel for its dramatic ending, but the suicide history of Aokigahara started way before, as many hanged themselves on the trees in the thick forest.

Wataru Tsurumui’s controversial 1993 bestseller, The Complete Suicide Manual, is a book that describes various modes of suicide and even recommends Aokigahara as the perfect place to die. Apparently this book is also a common find in the forest, usually not too far away from a suicide victim and their belongings. Undoubtedly, the most common method of suicide in the forest is hanging. Local police stopped publishing the number of suicides that took place in Aokigahara, a way to downplay its popularity among those who seek to commit suicide and also a way to encourage more tourism in this amazing forest. The last data released was back in 2003, where 105 confirmed suicides were registered. It is believed that the number could be more as many corpses are never found.

In 2010, police records show that 247 people attempted to commit suicide in the forest, but only 54 of them “succeed”.

As such, local authorities have put up suicide prevention signs at the forest entrance. The signs read, “Your life is something precious that was given to you by your parents” and “Think about your parents, siblings, and children once more. Do not be troubled alone.” The signs end with a helpline telephone number, hoping the lost souls who seek to die would call for help. It is hard to make a profile of the average profile of who commits suicide in the forest, but they are usually males between 40 and 50 years, and the biggest month for suicides is March, possibly because March is the end of the fiscal year in Japan. So many people come from all over Japan to end their stressful lives here as they feel it's is the perfect location in which to breathe their last.

For a turn to a more positive aspect of spirituality and mysticism, here are some "power spots" that many Japanese people visit to draw strength and good fortune.

In Japanese mythology, Aokigahara is known to be haunted by demons, a reason why some Japanese are still afraid of enter the forest. It is believed that those who enter the forest would never return. This could be true, as even nowadays, many trekkers can easily lose their way in this dense forest. Furthermore, due to the magnetic iron in the volcanic soil area nearby, it often interferes in the function of compasses or mobile phones. Another reason why people believed that the forest is haunted is due to yurei, or souls filled with hatred, sadness, and desire to revenge. According to legend, people bring their family members during famine to the forest and leave them to die there, in order to save their food for other family members. Those left in the forest would slowly die due to starvation, turning them into yurei.

In the Japanese popular belief, if a person dies in a deep sense of hatred, anger, sadness, or desire for revenge, their soul can’t leave this world and continues to wander, appearing to people affected by the spell or those who cross his path . These souls are called yurei and they can are found in many modern cultural references such as movies as well. Unlike western horror movies, where the ghost wants something specific in order to be able to rest in peace, the yurei wants nothing in particular; they just want to have their curse removed or conflicts resolved. The belief in yurei continues to today. When a body is found in Aokigahara, forest guardians place it in a room next to the forest before being sent to authorities. Legend has it that if the body is left alone in the room, its yurei move around screaming in the room. Hence, forest guards will play rock-paper-scissors to determine who the unlucky companion to the body is.

For once, this article does not introduce a location that readers are encouraged to visit and see for themselves. Those with an interest in Japan already know that the country isn't all robots and anime and cherry blossoms, and this article sought to carefully explain a darker side to the country, a suicide epidemic that citizens are all too familiar with, and explain the location's particular historical significance.