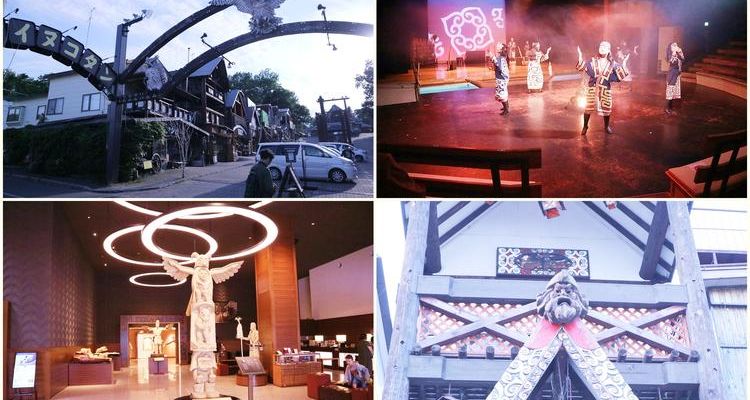 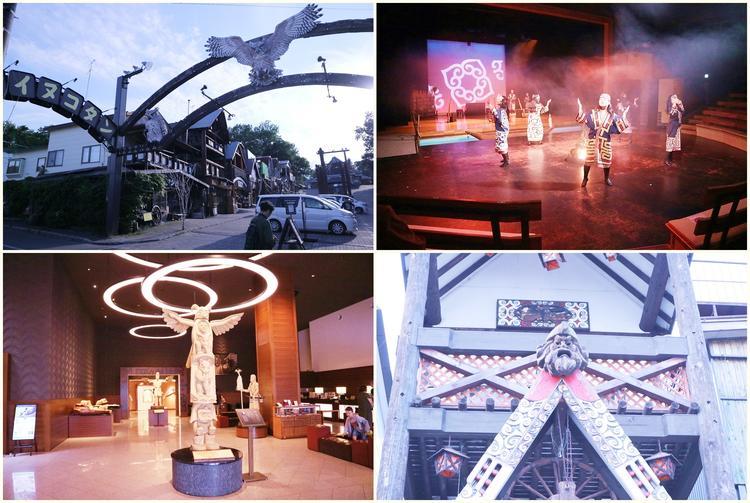 When traveling to Eastern Hokkaido, many tourists like to visit Lake Akan to admire the beautiful scenery by boat, marvel at the incredible marimo moss balls, and enjoy the local hot springs. Lake Akan is also the site of Ainu Kotan, the largest Ainu settlement in Japan. The Ainu are Hokkaido's indigenous people, and are an integral part of the history and culture of the island. In fact, many place names in Hokkaido come from the Ainu language. In this article, we'll show how you can learn more about Hokkaido's indigenous people at Ainu Kotan!

The indigenous Hokkaido Ainu culture places a great deal of importance on coexisting with nature, with the belief that everything in the world is precious and a manifestation of the kamuy (gods or spirits). The ideas of mutual respect and guardianship is a guiding philosophy that the Ainu have retained to this day. The cornerstone of their belief system, language, folk customs, and other cultural practices is the act of giving thanks to the natural world and the kamuy.

Let’s pay a visit to the Ainu settlement on the shores of Lake Akan to learn more about these people through art and craft techniques such as wood carvings, embroideries, ancient dance performances, and traditional cuisine that have been handed down from generation to generation.

Designated as an Important Tangible Folk Cultural Property and UNESCO World Intangible Cultural Heritage listed, the traditional Ainu dance is a cultural expression of respect and gratitude towards the kamuy and Ainu ancestors that has been passed down for generations.

At Ainu Kotan, Ainu dance performances that combine traditional, modern, and digital technology are performed at the Ikoro theater. The Ainu people are very skilled at expressing their emotions through dance, and these kinds of theatrical performances are said to be the essence of their culture.

The traditional Ainu lifestyle, their belief in the equality of all things, and their devotion to the kamuy are all portrayed through traditional music with unique sound effects and movements. The fire performance in particular is very energetic, showing the Ainu’s reverence to their fire deity. At the end of the performance, the entire audience is invited to dance together on stage in a joyous display of unity. The newest act of the year at Ikoro is "Akan Yukar", which imparts the audience with important lessons about the coexistence of all things in the world.

Traditional Ainu Cuisine Goes Back to the Basics

The Ainu have a culture of hunting, and the Yezo sika deer commonly found in Hokkaido is the most frequently used ingredient in Ainu cuisine. Vegetables and simple seasonings are added to the meat to create a range of dishes. We visited the Mingei-kissa Poronno cafe in the Akanko village and ordered some classic dishes, including seasoned rice with green beans, venison soup, barbecued venison, crispy sansai (”mountain vegetables”) and sausage pizza, and baked potato pancakes for dessert.

The simple seasoned rice with green beans had a delicious homestyle flavor to it, while the venison soup was unexpectedly fresh and tender without feeling gamey. The garlic-flavored barbecued venison was quite chewy and tasted a little bit like lamb, while the crust of the pizza was crispy and the pickled sansai on top added a nice finish to the dish. Last but not least, the baked potato pancakes had a fine and delicate texture. A layer of caramel and a scoop of vanilla ice cream on top just made them more amazing. Sometimes simple, basic food without any fuss can be the best thing in the world.

Outside Ainu Kotan, you’ll find the Lake Akan Onsen Street lined with high-end hot spring hotels and comfortable B&Bs. Handicraft shops selling a wide assortment of gifts and souvenirs along both sides of the street call out for attention. Be sure to also catch craftspeople making custom handicrafts for tourists, as well as souvenirs centered around marimo moss balls, which tourists often stop to admire.

Ainu cultural artwork makes the entire Lake Akan Onsen Street very unique, but the Ko'un no Mori (Lucky Forest) Shopping Street and the Marimo no Sato Shopping Street are also worth a visit. So if you’re ever in the neighborhood, take a dip in a hot spring, enjoy the local food, and take a stroll through the charming Onsen Street.

There is also a very special foot bath cafe in the area where you will see people drinking coffee while soaking their feet in hot water.

We’d also like to mention that Lake Akan lobsters are a major specialty here. They’re actually a species of crayfish that was introduced artificially to Lake Akan some time ago, and at first, the local residents did not know how to deal with these strange creatures that were multiplying like crazy. Then someone suggested catching and eating them. Much to everyone’s surprise, their meat tasted firm and delicious, with no fishy smell whatsoever. The crayfish were then renamed “Lake Akan lobsters,” and they go very well with cream sauce. In fact, creamy Italian pasta with Lake Akan lobster has become a highly sought-after local dish. Give it a try if you ever get the chance!

Bathing while surrounded by nature at a Lake Akan hot spring is one of the most blissful and therapeutic experiences you’ll ever have! Many hotels in the area offer open-air baths where you can forget your worries while enjoying majestic lake and mountain scenery. The Akan Yuku no Sato Tsuruga Hotel is particularly recommended, as it also displays a number of sculptures by renowned Ainu artists Takeki Fujito and Takiguchi Masamitsu. These beautiful, elaborate, and lively art pieces are all hand-carved, showing the artists' respect to their ancestors and gratitude towards nature. They can be enjoyed by all members of the public even if they aren’t staying at the hotel.

Join the Senbon Taimatsu Festival to Give Thanks to Nature The Senbon Taimatsu (Thousand Torches) Festival is held every year at Lake Akan in September and October to express the Ainu people’s gratitude towards Apehuci Kamuy, the deity of fire, and to the northern land. The fire of prayers is ignited during the ceremonies as people ask for the continued protection of the marimo and the nature surrounding Lake Akan. Under the leadership of the Ainu chief and accompanied by traditional music, people holding torches march from Lake Akan Onsen Street to Ainu Kotan. Anyone can participate in this fascinating festival for free, but the torches are limited in quantity, so it’s recommended that you sign-up in advance. For more details, please refer to the local tourist association or the hotel you’re staying at.

The indigenous Hokkaido Ainu have a unique and valuable culture and history that has greatly influenced the past and present of Hokkaido. If you want to get a closer look at this part of Hokkaido's culture, come to Akanko Ainu Kotan, Hokkaido's largest Ainu village, for the experience of your life!