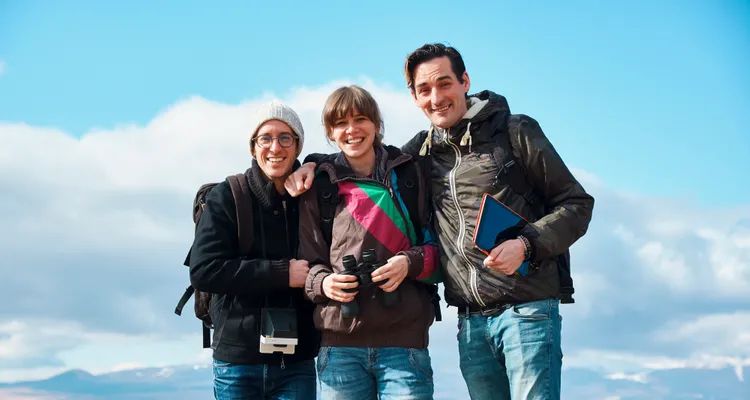 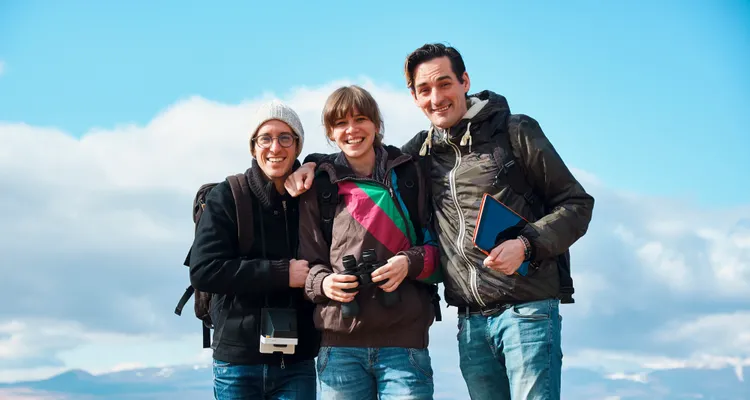 The coronavirus pandemic, which has made it more difficult to travel abroad, has brought about changes not just to people’s lifestyles, but also to their views about overseas travel. For one, travelers are looking for places that let them avoid the “three Cs” (crowded places, close-contact settings and confined and enclosed spaces); in addition, with more time spent with family and in self-contemplation, there is a heightened interest in rich experiences that can make life fuller. As a result, “adventure tourism” is emerging as a major form of travel in the “new normal.”

What Is Adventure Travel?

“Adventure Travel” is a form of travel that enables one to feel with all five senses the story that a place has to tell. It means that rather than rush through famous tourist spots, the traveler takes a week or two to walk the land and experience its nature and food. It goes beyond just having outdoor experiences, but it is a learning experience that involves feeling the destination’s rich natural resources and historic culture and interacting with the local people.

“Overtourism,” where too many travelers converge on a limited number of destinations, has been a problem in Japan. Yet, Japan is a diverse country blessed with unique natural features and cultures in each of its many regions, and “adventure tourism” is the perfect style of travel for visitors to see the appeal of places that have been overlooked.

Kyushu, the southwesternmost of Japan’s main islands, is one such region with a unique natural beauty and culture. This article introduces three locations in Kumamoto Prefecture in central Kyushu: Aso, Amakusa, and the Kuma River.

Aso, which is in the Kyushu Mountains, about 50 km from Kumamoto City, is distinguished by the unique lifestyle and culture of the people living around a caldera that was created by the volcano Mt. Aso.

A key attraction of this area is Mt. Aso itself, considered to be an icon of Kumamoto Prefecture. It consists of the caldera and a central cone group of five peaks. The caldera covers an area of 380 sq.m., stretching 25 km north to south and 18 km east to west, making it one of the world’s largest calderas. Its main appeal is the overwhelmingly grand scale of its nature.

The Five Peaks of Aso

Mt. Aso is an active volcano that has been designated a UNESCO Global Geopark, as a place to experience a crater with a history of gigantic eruptions and which is still active today. At the top of Naka-dake, which is one of Mt. Aso’s five peaks, you can go up to see the Naka-dake Crater, a huge crater emitting white smoke.

Kusasenrigahama and the Mt. Aso Crater

North of Eboshi-dake is Kusasenrigahama, a grassland plateau that formed where the Senrigahama Volcano once stood. Today, visitors there can enjoy a pastoral view of horses grazing in the grasslands near a large pond that was created by volcanic eruptions. Mt. Aso is full of fascinating places that take advantage of the volcanic landscape.

Onsen (hot springs) are a blessing of volcanic areas, and Aso offers a variety of them, ranging from a popular open-air bath with panoramic views of the Aso caldera and the five peaks of Aso, to the secluded Kurokawa Onsen, deep in the mountains, with open-air baths that have remained unchanged over the ages.

Kurokawa Onsen in the Winter

While the volcanic activities of Aso have created beautiful landscapes and hot springs, it has also disrupted agriculture. As such, volcanoes have long been revered by the people of Aso as Shinto deities, and there are many Shinto shrines here that are integral to the lives of the local people. In particular, there are many ceremonies and festivals with deep connections to agriculture that are held throughout the year at Aso Jinja and Kokuzo Jinja, which are among the oldest Shinto shrines in Japan. These have been recognized as Important Intangible Cultural Properties of Japan. These provide a great opportunity to reconnect with elements of Japanese tradition that are being lost in the country’s more urban areas.

Here are some recommended activities to enjoy the natural beauty and culture of Aso:

A guided walk around Aso Naka-dake. Includes an up-close view of the active crater and the effects of the eruptions that have continued since 2014.

A starlit horseback ride through a golf course in the middle of the Mt. Aso caldera. You may be able to see shooting stars! This is an experience that is truly out of the ordinary.

Amakusa refers to the Amakusa Islands, a group of 120+ islands of varying sizes that have been blessed by a rich nature and culture.

All of the islands have views of the clear, blue ocean during the day, but they are famous for the beautiful silhouettes of the islands when the sun is setting. A popular way to enjoy the sunset is from a hot spring in Matsushima Onsen on Amakusa Matsushima Island, known as one of the three most scenic islands of the same name (“matsushima” means pine island). The island is connected with the main island of Kyushu, where Kumamoto City is, by the Five Bridges of Amakusa, and we recommend taking a scenic drive through all the bridges, from No. 1 to No. 5.

Amakusa is surrounded by the ocean and is blessed with rich marine resources. An area known as Hayasakiseto, characterized by strong currents and an undulating seabed, is full of fish that attract dolphins, making it an ideal place for dolphin watching.

While Amakusa is known for its beautiful nature, it is also an area with significance in the history of the Hidden Christians, as represented by the Shimabara-Amakusa Rebellion. Sakitsu Village in Shimabara, where Christians continued to practice their faith despite a ban on Christianity, recently attracted attention when it was designated as a World Heritage Site. It is a touching sight to see Christian churches and Shinto shrines coexisting in this fishing village.

Not to be forgotten if you wish to learn about Amakusa culture is its traditional craft, Amakusa pottery. Amakusa is also Japan’s number one producer of clay for porcelain production, so the pottery here is well worth seeing. A tour around the pottery workshops that can be found across Amakusa is recommended.

Here are some recommended activities to enjoy the natural beauty and culture of Amakusa:

Treat yourself to views of Matsushima and the Five Bridges of Matsushima from a sea kayak. Go from island to island with stops onshore to enjoy as you please, be it collecting seashells or laying on the beach.

Take a boat ride to see wild bottlenose dolphins living in Amakusa. The boats are skippered by local fishermen, so there is a high likelihood of encountering the dolphins. If you’re lucky, you may even be surrounded by about 200 dolphins! Enjoy the rich nature of Amakusa from the sea.

The Kuma River is a class A river that flows through the Hitoyoshi basin in southern Kumamoto Prefecture to the Yatsushiro Sea in the southwest of Kyushu. It is the main stream of the Kuma River system and is known as the longest river in Kyushu.

Rafting on the Kuma River

The Kuma River, which is one of Japan’s three major rapids together with the Mogami River and Fuji River, is famous for the “Kumagawa-kudari” boat rides that take advantage of its rapids and that have a history of over 100 years. It has also become popular over the last 30 years as an ideal place for canoeing and whitewater rafting and is bustling year-round, if at different levels.

One of the highlights of a boat ride on the Kuma River is Hitoyoshi City, which has many onsen resorts as well as buildings that retain the visage of its past as a castle town.

Further downstream is Yatsushiro City, famous for the Yatsushiro National Fireworks Competition that is held every October on the riverbank. It is a major event where pyrotechnicians from throughout the country show off their craft. It attracts hundreds of thousands of people every year and is the highlight of the autumn in Yatsushiro.

Around the mouth of the river, where the Kuma River flows into the Yatsushiro Sea, is a mudflat of nearly 2,500 acres that is a haven for wild birds. It attracts more than 90 different types of birds at times and has been designated as an Important Bird Area, and is popular among birdwatchers as a result.

Here are some recommended activities to enjoy the natural beauty and culture of the Kuma River:

Boat rides down the Kuma River have been popular for over 100 years. Take a boat ride to an onsen town with a veteran “sendo” (boatman) at the bow and “tomohari” (steersperson) at the stern. Enjoy views of the ruins of Hitoyoshi Castle and the castle town around it, as well as the verdant mountains.

・Rafting on the Kuma River

It’s also possible to go whitewater rafting down a course similar to the boats, from Hitoyoshi to Watari. The Hitoyoshi area is calm and appropriate for beginners, while the Watari area is suited for those who wish to enjoy the thrill of riding between rocks in the strong rapids of the Kuma River.

A day or two will not be sufficient to thoroughly enjoy the appeal of Kumamoto Prefecture. Extend your trip and take the time to experience the natural resources and history of the area and learn something new.