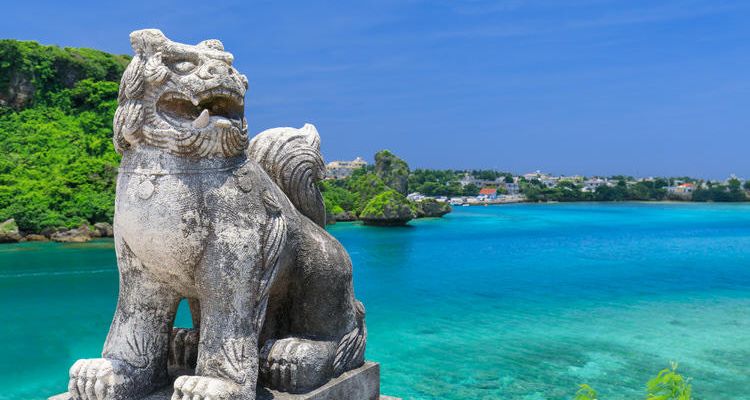 Explore the Great Outdoors of Okinawa With These Adventure Tourism Experiences

The growing trend of “adventure tourism” allows travelers to thoroughly relish a destination’s nature, history, and culture while mingling with locals and discovering something new. While Japan is packed with places perfect to try adventure tourism, the abundant nature and rich culture of the southern tropical archipelago of Okinawa is particularly suited to it. So, let us introduce you to the different adventure tourism experiences to be had in Okinawa!

Okinawa, Japan’s westernmost prefecture, is made up of a diverse assortment of islands including Okinawa Island, Miyako Island, and Ishigaki Island. Many of these islands boast stunning beaches and incredible underwater scenery, making them ideal for watersports such as diving, snorkeling, and kayaking. Each island also has a unique inland tapestry of endemic plants and animals thriving within hundreds of natural paradises, some of which are candidates for Natural World Heritage Sites. These inland locations have been recently gaining traction with enthusiastic trekkers and canyoneers, allowing a mix of both land and water-based Okinawa adventures. Let’s take a look at some of the best!

Adventurers can don waterproof boots and dive headfirst into these ecosystems through an off-road river trekking tour. Along the way, you’ll discover unique subtropical plants alongside rare frogs, lizards, and other animals who live by the pristine river. While there are also tours showcasing Yanbaru’s beautiful oceans, this trekking tour is a great way to appreciate the charm of Okinawa’s inland beauty.

Kerama Shoto consists of over 20 small and large islands surrounded by the pristine waters of one of Japan’s most bountiful oceans. Nicknamed “Kerama blue,” the transparency of the water and diverse systems of coral and tropical fish attract avid divers from all over the world. Often laying eggs at Kerama’s beaches, a friendly encounter with a curious sea turtle is not an uncommon occurrence! All this marvelous beauty finally gained the recognition it deserved in 2014 when Kerama Shoto was officially recognized as a national park of Japan.

The easiest way to fully appreciate this wonder is through a beginner's diving tour, where participants use a special apparatus to breathe underwater, eliminating the need for diving training and gear. Kerama Shoto is also easily accessible by boat on a day trip from Naha, making it an easy place to experience diving on a short holiday.

Located over the Miyako Strait roughly 290 km southwest of Okinawa Island lies the beloved Miyako Island. Celebrated worldwide for its gorgeous tropical beaches, it was ranked 21 out of 25 in the TripAdvisor® “Travelers’ Choice 2021 Best of the Best” awards. Complementing the beaches, the underwater scenery boasts a tantalizing world of arches and crevices teeming with life for divers to explore. And since there are no rivers flowing into the sea, the ocean water is consistently clear.

North of the island is the largest coral reef group in Japan, “Yabiji,” which stretches out over an area roughly 1/10 the size of Miyako Island itself. Expanding as far as the eye can see, this snorkeling hotspot offers spectacular views from both above and below.

Ishigaki Island is a remote, outlying island roughly 400 km southeast of Naha. The northern areas of the island are known for being isolated and largely free of tourists, allowing the environment to thrive with minimal disturbance. Here you can ride a traditional wooden fishing boat known as a “sabani,” an indispensable tool used by the ancient civilizations of the area.

With man-made buildings nowhere in sight, you’ll use a traditional wooden paddle to navigate the boat through a landscape shockingly reminiscent of pre-modern Okinawa. During these tours, a sabani boat-maker, a very rare profession these days, can accommodate you while explaining the history and makeup of a sabani. Using not a single iron nail, these boats are meticulously designed and constructed using carefully fitted wooden planks. Despite being an icon of Okinawan craftsmanship, functioning sabani are becoming increasingly rare, making it an unmissable addition to an Ishigaki Island adventure.

Shiraho Beach on the eastern side of Ishigaki Island is renowned for its dazzling underwater scenery, including the largest collection of blue coral in the northern hemisphere. Recognized as a part of the Iriomote-Ishigaki National Park, the blue coral reef spreads over an area as large as 6 soccer fields while being bolstered by a diverse range of over 70 additional coral species, including montipora, poritidae, and more. Such a large collection and variety cannot be seen anywhere else in the world, making it an incredibly special sight to behold. As most of the coral grows at a depth of roughly 5 m, it can be fully appreciated through snorkeling alone.

Packed with mountains and scarce in flat land, 90% of the precipitous Iriomote Island is dominated by Japan’s largest subtropical evergreen forest. Criss-crossed by numerous rivers, the outer regions of the island are lined by steep drop-offs and breathtaking waterfalls. Two of the island’s most popular activities include kayaking through its precious mangrove forests, along with trekking to the iconic 54-meter-tall Pinaisara Falls.

See the Lights of the Yaeyama Firefly (Iriomote Island)

Considered a potential Natural World Heritage Site, the isolated environment of Iriomote Island has spawned a vast assortment of unique endemic species and endangered ecosystems seldom seen anywhere else. Within this dynamic environment thrives Japan’s smallest firefly, the Yaeyama firefly, which can be found here and on Ishigaki Island.

With special spotting tours available, visitors can witness the enchanting lights of the male Yaeyama fireflies as they try to attract females during the mating season of March-May. Once the sun sets, the dimly lit forest will come alive with flashing yellow lights, making it appear like a living Christmas illumination! This delightful display will last for only an hour after sunset, so don’t wait around!

Iriomote Island is a part of the Ryukyu limestone stratum and was originally formed by protruding coral reefs. This unique geography has gifted the island with numerous enticing limestone caves, which can easily be explored on a guided caving tour. After entering the cave, adventurers will follow the subterranean river while crawling through tight spaces and navigating narrow pathways, providing an authentic nail-biting escapade! Gradually formed after what seems like an eternity, the elegant limestone provides a humbling insight into the depth of nature.

Iriomote Island is home to a large collection of wild barringtonia racemosa - a unique tree whose flower blooms only at night! Nicknamed the “phantom flower,” those longing to catch a glimpse will have to visit at the beginning of summer during the late night or very early morning. Joining a guided kayak tour is the best way to witness this exquisite flower’s bloom and fall up close.

At night, the flowers bloom simultaneously before falling off in the morning to cover the river surface in an otherworldly display. The entire area will be colored a faint pink while the air is filled with a distinctive sweet fragrance. This magical world will envelop you in a dreamy aura blurring the boundaries of fantasy and reality. Once the sobering sun arises, the phenomenon will conclude, making this fleeting encounter with nature all the more special.

Reachable after a 1.5-hour flight from Naha Airport, the exceedingly remote island of Yonaguni houses a seafloor with a peculiar topography reminiscent of ruins from an ancient civilization. Originally famous as Japan’s westernmost point, Yonaguni’s mystery gained worldwide attention after being explored by the BBC in a special feature titled “Japan's mysterious underwater 'city.'” Since its discovery 30 years ago, geologists continue to debate its true identity while divers flock to uncover the ever-growing mystery for themselves.

If you hold a diving license, you can venture down to the depths of this so-called “city” to check out all the fascinating formations up close, including what some argue is a gate and altar. Even if you don’t have a license, you can still view it all from above on a beginner's diving tour, giving everyone the power to decide its origin for themselves!

See Some of Okinawa's Best Sights On an Adventure Tour!

As you can probably tell from this article, one or two days simply isn’t enough time to properly enjoy the wonders of Okinawa! Give this magnificent paradise the time it deserves with an adventure tourism holiday to truly uncover Okinawa’s riveting diversity of nature, history, and culture!