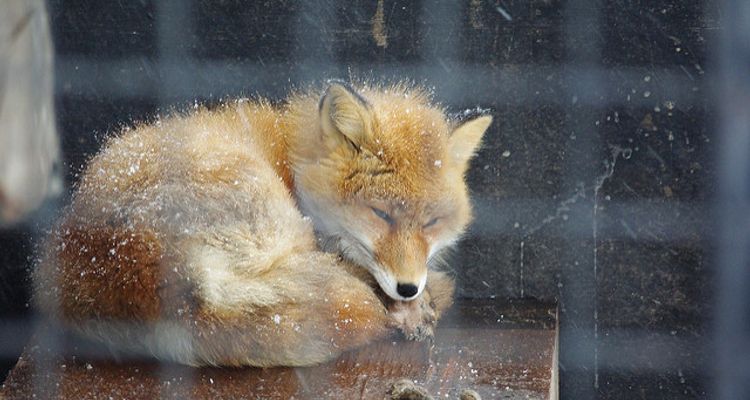 Snowy, wintry landscape may be the first impression when you think of Hokkaido. But Hokkaido is full of charm and beauty also when the snow melts and the summer begins. Let us introduce you to some of the highlights in this article, we picked 8 wonders of Hokkaido Summer! Asahiyama zoo became famous and is considered one of the best zoos in the nation because of their creativity and innovation, plus pure love for their residents – their animals.  The zoo has two seasons, and during the hot summer season it is an enchanting experience to observe the polar bears  while they swim freely, and the famous penguin walk during the winter.  You will enjoy meeting the resident animals living as if they were in their natural habitat from a close range, thanks to the zoo’s unique set-up.

HP: www.city.asahikawa.hokkaido.jp/asahiyamazoo/ (Japanese Only, English and 中文 machine translations available from the language button on the top) Lake Mashu has 3 observatories, with the No.1 observatory being the most popular.  The lake is famous for its mystic view, when it is covered by a fog amidst a deep forest. The caldera lake is also known for its transparency, one of the highest in the world.  The best season to visit Mashu is between June and September.  Witness the ever changing mood of the fog, then when it is finally cleared, the intense blue of the lake is purely striking. Goryokaku is a fort built towards the end of the Edo period, modelled after the French architectural style.  It is an important historic locale, where the battle of Goryokaku took place.  The battle was the key movement to the end of the Edo period and the beginning of the Meiji, you can learn a lot about the battle by visiting the exhibition at the Goryokaku Tower.  A beautiful place throughout the year, especially the night view during the summer is spectacular. Himawari no sato, or Sunflower village is a pure sunflower heaven!  1,5 million sunflowers will greet you in this splendid oasis.  Perfect time to visit it is during the summer,  when the flowers are in full bloom and  a “Himawari-Matsuri”(Sunflower festival) is held.  There are many attractions such as labyrinth and  cruising along the sunflower field on a mini-bus, you will also discover 30 different species of sunflowers from around the world. There are 4 different routes to climb the 1898m/6227ft Mt. Yotei of varied technical levels, some are also child friendly.  One of the most beloved peaks of Japan, it boasts the nickname of “Ezo-Fuji”, because of its striking resemblance to the famous Mt. Fuji.  In July and August charming alpine flowers of a few hundred species will greet you as you climb along, making it the best period for the hikers. Showa Shinzan, or New mountain of Showa is one of the nation’s Special Natural Monuments.  It has a curious origin, it suddenly sprouted out from a flat land following an earthquake in the beginning of the Showa period, and formed the current appearance in 2 years.  Technically a volcanic lava dome, smoke still emits from its peak.  The surrounding area, including the nearby Mt. Usu, is recognized as a part of The Global Geoparks, ever popular with tourists and well serviced by hotels and resorts. The mystic lake “Shikotsu” can be reached from Sapporo in just 1 hour.  Its history dates back about 40000 years, and the original shape was round.  The lake, which never freezes during the winter, carries an extraordinarily serene atmosphere.  Being easily reachable from Sapporo, the visitors flock throughout the year, and it is especially popular as a camping site during the summer. Lavender fields of Furano is a symbol of Hokkaido summer.  The terrain and the climate of Furano are perfect for lavender, which is generally difficult to cultivate.  The blooming season of lavender is usually the mid-late July and doesn’t last long, so make sure to carefully time the visit, you will be in for a special treat of their amazing color and fragrance!