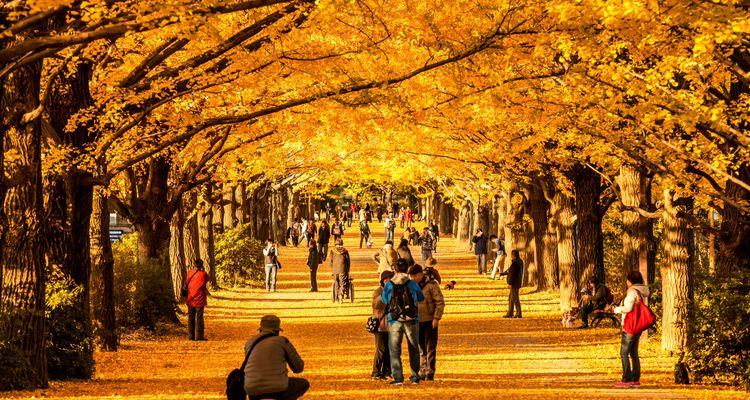 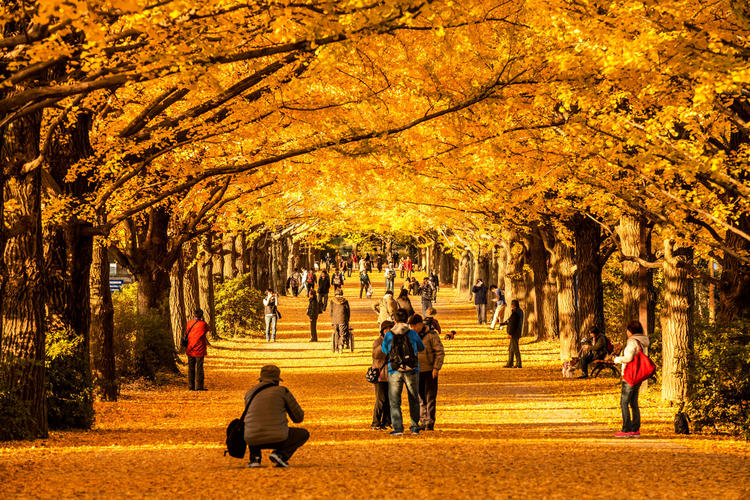 Fall foliage is what makes autumn so beautiful, and Japan is blessed in this regard. Its many native species of leafy trees and temperate climate allows for fall foliage that beautifully color the scenery in contrasting reds, yellows, oranges, and greens. Modern Japan might be complex with its plethora of World Heritage Sites, vast stretches of nature, metropolises noisy with people, and enchanting sceneries that preserve the country’s old charm. But there’s no place in Japan that isn’t made more beautiful when painted by the colors of fall foliage. All it takes is one look to be captivated by the country’s autumn leaves. It’s why every year, more and more people from all over the world flock here to witness them. But which parts of Japan are the best for enjoying fall foliage? We’re proud to present the 8 best such spots around the country, together with information on when and how to visit. We hope this guide helps you plan your future Japanese holiday.

Mikuni Pass is located within Daisetsuzan National Park in central Hokkaido. Measuring 226,764 hectares, this is the largest national park in all of Japan. The entire high-altitude pass is filled with trees and mountains as far as the eye can see, with its highest point topping off at an impressive 1139 meters. A sprawling primeval forest with a variety of plants spreads out around Mikuni Pass and turns into a sea of color in autumn. The pass is also famous for its S-shaped “Matsumi-Ohashi” bridge, which blends in harmoniously with the surrounding trees, creating one spectacular sight. This intricate weaving of colorful autumn leaves and grand nature sceneries results in a magnificent panorama and a great reason to visit Hokkaido.

Lake Towada is a caldera lake located in the Tohoku region on the border of Aomori and Akita Prefectures. Calderas are cauldron-like hollows formed through volcanic activity that accumulate rainwater until they become lakes. The steep shores of Towada are lined with native beech, maple, and Japanese rowan trees which all change color during autumn. A sightseeing boat operates on the lake throughout the year except during winter, so you can enjoy the fall foliage from the center of Lake Towada. Nearby, you will also find the Oirase Gorge, which the cobalt blue waters of Lake Towada stream through. The sight of the gorge’s natural beauty painted with an autumn brush is truly amazing, making the area the premier foliage spot in all of Tohoku. As you would expect, the beautiful scenery attracts many artists who want to immortalize it on film, paper, or canvas.

Risshaku-ji is one of many of Tohoku's sacred temples, with a history spanning 1,100 years. It was here that poet Matsuo Basho composed the famous haiku, “ah, this silence / sinking into the rocks / voice of cicada” during the early Edo Period (1603 - 1868). The poem has been passed throughout Japanese culture for more than 300 years now, bringing scores of tourists to Risshaku-ji every autumn to witness the fall foliage. Once the native maple, ginkgo, and beech trees on the mountain slopes start to change color, the temple’s main hall and the foliage become illuminated after sundown to showcase the combined beauty of nature and Risshaku-ji floating above the darkness of the night.

The Nikko area in Tochigi is famous for its many historical sites and nature spots, from Nikko Toshogu Shrine to Chuzenji Lake, Kegon Falls, and the Senjogahara Plateau. A great number of Japanese tourists visit it every year, but because Nikko can be reached in about 2 hours from Tokyo, it’s also popular as a day-trip destination among foreign visitors to Japan. Nikko’s fall foliage spots are the area’s highlight, especially the Iroha-zaka mountain slope, found at an elevation of 440m. During autumn, people driving on Iroha-zaka get to admire the colorful foliage through their windows every time they take a sharp turn, almost as if they were enjoying an amusement park ride. After traversing the slope, you’ll reach the Akechidaira Plateau from which you can admire the sprawling panorama of Nikko’s colorful fall foliage spreading out beneath you. If you want to capture the beauty of nature on film, then Nikko is the place to do it.

Constructed in 1926, Meiji Jingu Gaien is the outer precinct of Meiji Shrine and is famous for its ginkgo avenue. Every year, 18 million people come see it, making it one of the most famous places in the entire capital and a premier Tokyo fall foliage spot. The 300m-long stretch of ginkgo trees is also called “Golden Road” and is definitely worth seeing for yourself. Looking at the golden leaves shining against the background of a clear autumn sky is something that you won’t forget as long as you live. The 146 ginkgo trees planted along the road start to turn gold from around mid-November, and once they do, on every Sunday or national holiday between 9:00 am and 5:00 pm, vehicle traffic along the avenue is closed off, allowing people to walk it in peace. If you want to experience the beauty of fall foliage among the hustle and bustle of a great city like Tokyo, then Meiji Jingu Gaien's ginkgo avenue is just the place for you.

The Fuji Five Lakes are five bodies of water located at the foot of Mt. Fuji, including Lake Kawaguchi, Lake Yamanaka, Lake Motosu, Lake Shoji, and Lake Saiko. Among them, the fall foliage around Lake Kawaguchi is the most famous thanks to its must-see “Momiji Corridor” of autumn trees which stretch for 1.5km, or the “Momiji Tunnel” which consists of 60 great big autumn trees. The town of Fujikawaguchiko hosts the Autumn Leaves Festival on the northern bank of Lake Kawaguchi every year. Same as in previous years, the autumn trees will be illuminated and the town will come alive to the sounds of people enjoying good food, buying souvenirs, and making arts and crafts.

Bishamon-do is a famous Tendai temple in Kyoto. It venerates Bishamonten, one of the Seven Lucky Gods of Japan. It’s also a known power spot where people pray for victories of all kind. During spring, the temple’s 100-year-old weeping cherry trees bloom beautifully, and in autumn, they paint the temple grounds with their mesmerizing fall colors. The nature scenery mixing in with the majesty of the temple’s historic buildings is truly a sight to behold. As the season draws to an end, the trees lose their foliage and bury the road underneath them with a red carpet of leaves, which by now has become synonymous with autumn at Bishamon-do.

Itsukushima, also known as Miyajima, is one of the Three Views of Japan (the country’s three most celebrated natural sceneries) and a UNESCO World Heritage Site symbolized by its grand torii (shrine) gate rising above the sea. Within the 30-square-mile island, you will find many of Japan’s premier fall foliage spots, including Momijidani Park where the deep color of the autumn leaves mixes harmoniously and beautifully with Itsukushima’s many Japanese-style buildings. You’ll need to board a ferry to reach the island, but because it’s a world-famous tourist spot that attracts many visitors, both foreign and domestic, all you need to do is get to Hiroshima Station and it will be very easy to reach the island from there. The ferry also carries vehicles, so you can visit Itsukushima in a rental car.

Do Not Miss These Foliage-Viewing Spots During Your Autumn Trip to Japan!

We’ve only scratched the surface of all the amazing fall foliage spots in Japan. Tokyo, Osaka, and Kyoto might be the best-known places for enjoying autumn leaves, but other areas are equally beautiful. If you get a chance, visit them and fall in love with Japan all over again through its beautiful fall foliage.