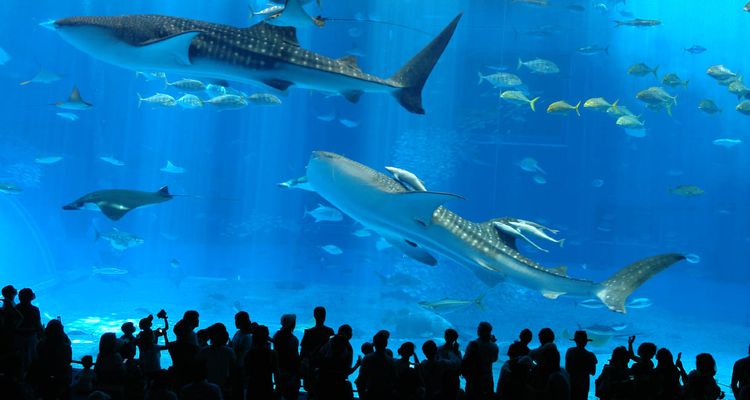 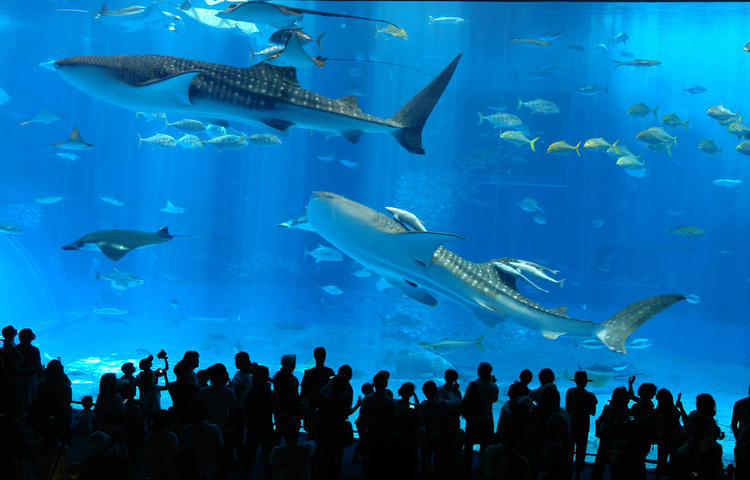 8 Aquariums You Can Only Visit in Japan

Do you love the ocean and sea creatures? Japan has some amazing aquariums that you won't be able to experience anywhere else. Here are 8 recommended aquariums.

Considering that Japan is an island country and surrounded by the sea, it is not surprising that there are many interesting aquariums you can visit with creatures you won't be able to find in other aquariums in the world. The aquariums on this list were chosen based on their popularity as well as their locations. Although I have not been to all the aquariums on the list, I have been to Kaiyuukan many times as a child and I enjoyed it very much. Kaiyuukan is one of the largest aquariums in the world. Visitors can enjoy observing the habitats from the Pacific Ocean. The highlight of Kaiyuukan is the 9m deep tank which houses manta rays and whale sharks. It is open from 10am to 8pm, although sometimes it has longer opening hours. The closing days are irregular, so please check before visiting. Okinawa Churaumi Aquarium was the largest aquarium in the world when it opened in 2002 but Georgia Aquarium surpassed it in 2005. It also has a main tank where manta rays and whale sharks are housed along with other fish. It is open everyday from 8:30am to 8pm in summer and 8:30am to 6:30 pm in winter. The first Wednesday and Thursday of December are closed. Aqua Totto Gifu is the biggest aquarium which houses fresh water fish not only from Japan but from all over the world. For example, there are habitats from the Congo River, Amazon River, Mekong River and Lake Tanganyika. It is open from 9:30am to 5pm on weekdays and 9:30am to 6pm on weekends and public holidays. It is open year around but there are some days which are closed so check before your visit. Aquamarine  Fukushima is both an aquarium as well as marine museum. Unfortunately it was damaged by the 2011 earthquake and it is still in the process of recovering from it. It is open from 9am to 5:30pm in summer and 9am to 5pm in winter everyday. During some holidays, it extends its opening hours to 7pm. Built as an entertainment for the Prince Hotel, it is different from other aquariums on this list. Just a two minute walk from the Shinagawa Station, it is located in the middle of Tokyo. It houses about 230 species and has a 20 meter tunnel where visitors can enjoy watching manta rays and other fish swim by. Currently it is under renovation but will reopen in summer of 2015. Although it might change its opening hours, in the past it was open from 3pm to 10pm on weekdays and from 10am to 9 pm on weekends. This means you can easily visit after sightseeing during the day. It is not only an aquarium but also has a shopping mall, hotel, restaurants, marina and amusement rides. There is no entrance fee, so visitors can pay for the rides if they decide to ride them. The aquarium has not only fish but also dolphins, penguins, walruses and even polar bears. It is open all year round from 10am to 6pm although on weekends and holidays, it extends its opening hours to 8pm or 9pm.

Kamogawa Seaworld not only has an aquarium but also a hotel with onsen (hot springs) and restaurants where one can admire orcas swimming by. It is also possible to visit at night during the summer holiday season. For people above 20 years old, on some Saturdays in June and July, it is possible to stay overnight at the aquarium. You can either rent or bring your own sleeping bag and sleep as you watch, dolphin, seals and walruses swim by the window. It is open from 9am to 5pm. Check the website for holidays. The Nagoya Minato Aquarium puts emphasis on the rescue, research and reproduction of animals such as sea turtles, penguins and Beluga whales. It also has an exhibition on how marine animals have developed over 3.5 billion years. The unique display is the Kuroshio (Japan Current) Aquarium on the second floor of the South Wing. You can watch the feeding of three hundred thousand sardines which lasts for about ten minutes. The feeding time varies each day, so do check the website before your visit! It is open from 9:30am to 5:30pm in summer and 9:30am to 5pm in winter everyday except for Mondays unless Monday is a public holiday.