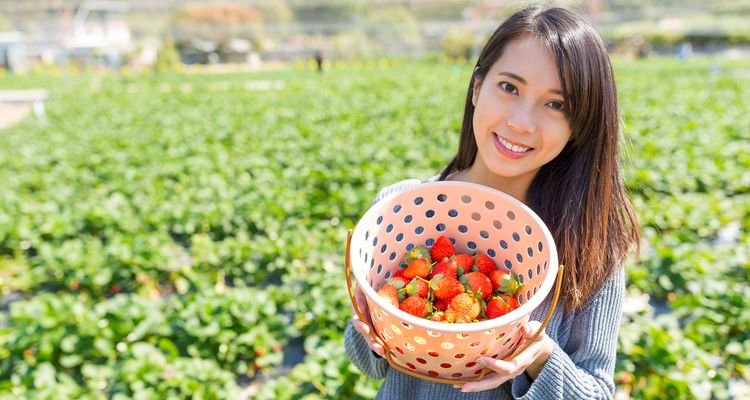 The COVID-19 pandemic has brought about changes not just to people's lifestyles, but also to their views about overseas travel. More than ever before, travelers are looking to step outside of crowded big cities, and Saitama Prefecture is the perfect destination to do just that. Despite being a hop and skip away from the metropolis of Tokyo, it is significantly less crowded, yet offers just as much to do in terms of interesting tourist spots and activities. Here are seven incredibly unique ways of exploring this hidden treasure box within the Kanto region!

In Kasukabe City, Saitama, you can find the Metropolitan Area Outer Underground Discharge Channel, built to mitigate flooding in the surrounding area by diverting water from heavy rainfall and the like into the Edogawa River. This concrete water diversion system, which consists of five main water containment silos connected by tunnels, was built over a course of 14 years, and is an impressive 6.3 kilometers long. The enormous structure is so impressive that it resembles a temple, which has earned it the nickname “Underground Temple” as well as the right to appear as the backdrop for various Japanese movies, dramas, and other media.

When the channel is not diverting water into the bay, which happens around seven times a year, it is open to visitors. There are three possible courses for exploring the Underground Discharge Channel, such as a course that takes you through the pump section or one that takes you to the 70-meter-deep shaft that can hold excess water in the event of a flood. While you do need to be physically fit, have an interpreter accompany you if you can't understand Japanese, and book in advance to join a tour of the facility, it is a very rare structure that is worth experiencing at least once in your life.

In Saitama’s Hanno City is Moomin Valley Park, a park that lets you live in the world of Moomin, the famous series of Finnish children’s tales. It’s the first Moomin-themed amusement park outside of Finland, which has drawn it considerable attention not just from local fans, but even those from abroad.

There are numerous exhibitions and shows that you should check out, but you must absolutely try the “Hobgoblin's Zipline"! This entails gliding gently down a wire through the woods with a pulley system. Feel the exhilarating thrill and the wind running through your hair as you glide through this natural scenery! There's also "Hemulen's Playground," a children's play area that takes the form of a giant tree house. Kids will enjoy exploring all the nooks and crannies of this fantastical playground, while adults are sure to be amused by its playful design that harkens back to their own childhood tree house fantasies.

3. Feel the Weight of Gravity at the Chichibu Geo Gravity Park!

The Geo Gravity Park within Chichibu City hosts the largest selection of thrilling gravity-based activities in Japan. Some highlights include activities like the Canyon Walk, where you can walk across a 100-meter-long suspension bridge that’s supported by only four wires; the Canyon Fly, an exhilarating zipline across the Arakawa River gorge; and the Canyon Swing, an extreme gravity experience!

What makes these experiences even more exhilarating is the fact that you can do all of them against the gorgeous natural backdrop of Chichibu. The Geo Gravity Park is actually located right in the middle of a national geopark—a unified area whose unique geographical features are carefully conserved and protected—which means that you'll be treated to lovely river and gorge views. The beauty of the landscape is something you're sure to admire even when you're taking a break from all the exciting gravity-based activities.

4. Give Yourself Good Luck: Experience the Chichibu Fudasho Pilgrimage

In the Chichibu area, there are 34 sacred spaces (including temples, graves, and shrines) that enshrine the Kannon Bodhisattva. At each sacred place, as proof of your visit, you can receive or make an offering of a little talisman (“fuda”) at the fuda office (“fudasho”). Doing so at all 34 locations is called the "Chichibu Fudasho Tour." As many of the locations are rather close to one another, this is one of the easier pilgrimages to do, making it popular with people of all ages and backgrounds.

For a day trip, we recommend a 7 km course that goes from Jorin-ji (the 17th stop) to Ongaku-ji (the 23rd). On this course, there are several noteworthy sites, such as the Iwanoue-do (the 20th stop), which was rebuilt in 1703 and is the oldest Kannon temple within the Chichibu Fudasho, as well as the Doji-do (the 22nd stop), which has a statue within its gate that has a very unique expression on its face. It promises to be a relaxing experience that'll give you a unique look into ancient Japanese history and culture.

5. Over 2,400 Years of History! Get a Stamp at the Musashi Ichinomiya Hikawa Shrine

Built over 2,400 years ago, Musashi Ichinomiya Hikawa Shrine is one of the most ancient shrines in all of Japan. Out of the 280-odd Hikawa shrines throughout the Kanto region, Musashi Ichinomiya is the head shrine and draws many visitors each year. It enshrines several of Japan's mythological gods, the most famous being Susanoo-no-Mikoto (the god of the sea), Inadahime-no-Mikoto (goddess of agriculture), and Onamuchi-no-Mikoto (creator of Japan). And as an interesting bonus fact: Omiya, the district it is located in, actually derives its name from this shrine, and even today, it plays a central role in the city's history and culture.

As this is one of the most ancient and important shrines in the whole country, it gets extremely crowded during festivals and special events, such as hatsumode or "the first shrine visit of the year." If you're looking to avoid the crowds, aim to visit on a day where there isn't some type of special event going on. When you do visit Musashi Ichinomiya Hikawa Shrine, make sure to get a “goshuin” visitor’s stamp which also serves as a lucky charm. Goshuin are usually drawn (with calligraphy) on a special goshuin booklet; if you don’t have one yourself, you can purchase one at the shrine. You can use this goshuin booklet not just at this shrine, but shrines all across Japan! It can make for a great souvenir to remind you of your trip to Japan.

6. Refined Japanese Culture at Its Best! A Full Day of Everything Bonsai in Saitama

The Japanese word “bonsai” refers to carefully fostered potted trees, an art form that has been appreciated in Japan for more than 1,000 years. Requiring a high degree of skill and attention to detail on the part of the gardener, the art form is even appreciated outside of Japan!

Anyone who is interested in learning more about bonsai absolutely must visit the Omiya Bonsai Village in Kita-ku, Saitama City! In the village, there are even activities specifically tailored to foreign visitors, including bonsai-making workshops and experiences that let you work alongside a bonsai master. There are also many bonsai nurseries where you can ask questions on bonsai as well as purchase your own bonsai along with relevant gardening tools. It's a paradise for any bonsai fan!

Within this village, you'll also find the Omiya Bonsai Art Museum, which was set up in 2010. It is an amazing place to take in the delights of bonsai, with exhibits about the history of bonsai as well as a sprawling bonsai garden that you can wander around freely. There's a souvenir shop on the premises where you can buy all sorts of bonsai-themed merchandise, including post cards to send back home and stationery.

7. Pick Your Own Delicious Fruits at Saitama!

Each new season in Japan brings with it a new fresh fruit: strawberries in the spring, blueberries and peaches in early summer, pears and grapes in the autumn, and kiwis and oranges in the winter.

This time, we're not introducing a specific spot, but rather a general activity that you can do in Saitama: fruit picking. There are many orchards in Saitama growing a wide variety of fruits, including some new varieties: a new, sweeter type of pear known as “Saigyoku” (literally “colorful ball”), and a type of strawberry with a high sugar content known as “Kaorin.” Why not stop by one to pick and try some of the local fruits?

All over Saitama, there are orchards that let you try seasonal fruits with all-you-can-eat and taste-testing options. Many such places are easy to access from Tokyo, so when you have the chance, head over there and have a little picnic while feasting on fresh fruit! Japanese fruits are thought to be incredibly sweet and delicious, far more so than the common variety you'll find overseas, so getting to savor freshly-picked local varieties will surely be heaven for your taste buds!

Saitama might be less traveled compared to the ever-popular Tokyo, but it holds a bevy of delights that will amuse any traveler, regardless of their interests. If you're looking to step away from the well-traveled path or maybe just explore a new side of Japan, we highly recommend visiting Saitama Prefecture.