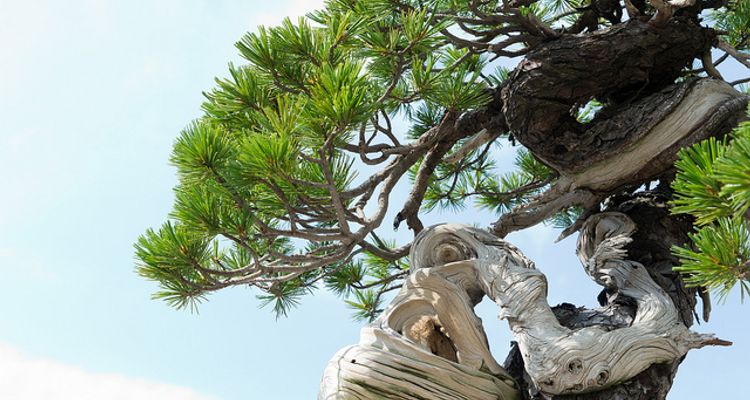 Probably anyone in the world has heard about the Japanese bonsai trees culture. It actually spreads from the Omiya Bonsai Village, which can be considered as its capital.

The reason why the small Omiya neighborhood in Saitama city has been chosen to host the World Bonsai Convention in April 2017 certainly lies in its Omiya Bonsai Village: a place with numerous bonsai nurseries, gardens and even a Bonsai Art Museum. This time we will present you this exceptional place that attracts bonsai enthusiasts from all around the world. embedded from Instagram
From the Edo period (1603-1868) until the Taisho period (1912-1926), a lot of gardeners lived in areas like the Bunkyo district or the Taito district that are now considered to be the downtown of Tokyo. Some were bonsai merchants, some were making dolls wrapped with chrysantemum flowers (kiku-ningyo). However in 1923, the Great Kanto Earthquake demolished most of those shops. The bonsai merchants, who actually wanted bigger place, decided to create a new town and moved to the north of the city: this event was the origin of Saitama's Omiya Bonsai Village. Nowadays, in order to spread to the whole world the Japanese bonsai culture, the Omiya Bonsaï Cooperative and all the bonsaï gardens opened a Bonsai Art Museum in 2010 and work together to organize various events.
[Access]

From JR Ueno Station, take the Utsunomiya Line (part of the Tohoku Shinkansen) to Toro Station (about 31 minutes), then walk 5 minutes. The Bonsai Art Museum can be reached with just a 5-minute walk from JR Toro Station. There is also a café inside on the first floor. The museum exhibits a stunning collection of various kind of bonsai masterpieces. Even if you don't understand Japanese, an English audio guide is available for 300yen. It will offer you more explanations to appreciate this art. Outside, the garden's beautiful bonsai trees will definitely leave you a strong impression, as each pot can truly express a different type of beauty. The shop near a corner of the museum's parking lot is managed by all the neighborhood's bonsai merchants together. After seeing the outstanding pieces of the museum, why not get one of those small bonsai trees to decorate your garden or veranda? There are six bonsai gardens in Omiya Bonsai Village and you can of course study more about bonsai there. The most visited might be the Seikou-en. In addition to its refined and elegant bonsai garden, you will find there a shop to buy your own gardening tools along with classes for the beginners in the bonsai art. Taking place once a year from March 3rd to 5th during the "Golden Week", a week-long Japanese holiday, the Bonsai Festival is the biggest event of Omiya Bonsai Village. You will find everything to satisfy your bonsai love: huge bonsai trees, small ones that you can easily take back home, scissors and tools for bonsai gardening, etc. Moreover a lot of activities related to bonsai are organized, just check the schedule before going to be sure not to miss anything. If you are looking for bonsai goods, the Bonsai Art Museum will surely have something fitting your taste. The most popular would probably be the "Bonsai da!!" soft drink, but they also sell many other interesting goods featuring bonsai trees such as t-shirts, towels, postcards and even rice crackers.

7. Bonsai House of the Four Seasons The Bonsai House of Four Seasons is an old traditional Japanese house that anyone can use to rest after a long walk or visit.

After a day in Omiya Bonsai Village, even those who did not know much about bonsai will surely understand the beauty of this art and want to try to make one too!

Please note when you plan to visit that the Bonsai Art Museum and the Bonsai Gardens are all closed on Thursday. The reason is actually related to the bonsai trees: the word for "Thursday" in Japanese contains the sign "tree", therefore closing on that day would also mean that the trees are resting too.