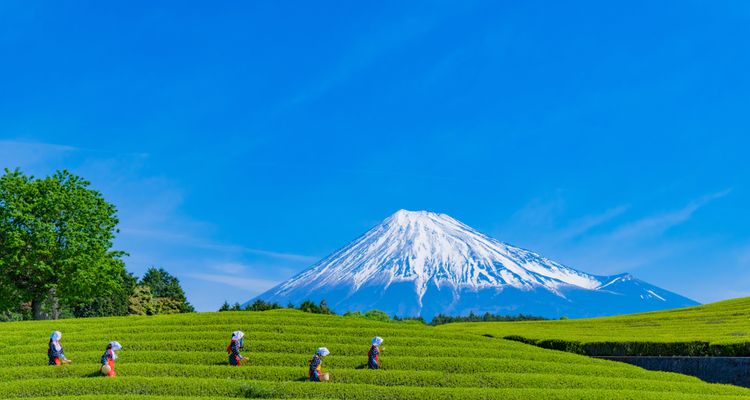 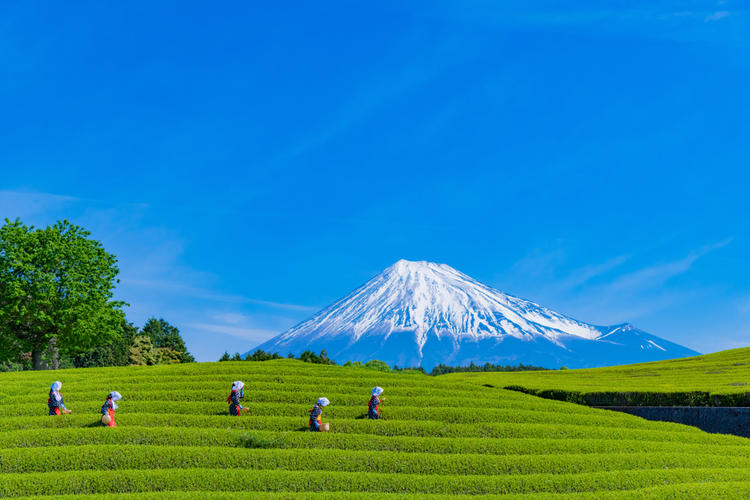 Shizuoka is where you’ll find Japan’s pride and joy, Mt. Fuji. While climbing up the mountain is quite strenuous, it’s certainly not difficult to simply gaze at its majestic figure from afar! Its home prefecture is an attractive area known for its abundance of nature, including mountains, lakes, hot springs, and more. Here are some places in this beautiful prefecture that are worth exploring!

At Asagiri Kogen, which is located in the northern part of Shizuoka Prefecture, you can clearly see the west side of Mt. Fuji. Tanuki Lake is particularly known for being a spectacular scenic spot. Here, you can see Mt. Fuji, as well as the image of Mt. Fuji reflected in the surface of the lake, known as “Upside Down Fuji”. You can enjoy the view of the changing seasons in the surrounding areas, including cherry blossoms in spring and the autumn leaves in fall.

Shuzenji is an area overflowing with traditional Japanese atmosphere with a historical hot spring district known as "Izu’s Little Kyoto". Shuzenji Temple, which was established by the monk Kukai during the 8th to the 9th century, is also located here.

As one would expect from what is considered to be the oldest hot spring on the Izu Peninsula, there are many hot spring hotels that have been in business since olden times. One of these hot spring inns, "Kikuya Ryokan", was affiliated with the Japanese novelist Natsume Soseki, and has a history of over 360 years. It's an inn that's highly recommended to anyone who is interested in old Japanese architecture.

"Miho no Matsubara" is a 7km long white sand beach with a pine forest running along its length. Beyond the ocean, the magnificent shape of Mt. Fuji is visible. If the weather, time, and season all allow it, you can see the beautiful ocean and Mt. Fuji all at once.

Located roughly in the middle of the Miho Peninsula is Miho Shrine. In front of the shrine is a road of pine trees called "Kami no Michi" (the path of the gods) that stretches all the way to the pine forest on the beach. At Miho no Matsubara, you can enjoy the interesting contrast of the many pine trees, the white sand, and the blue ocean.

Suruga Bay in Shizuoka Prefecture is known as Japan’s deepest bay. The deepest area is 2,500 meters deep and there are a lot of deep sea creatures that inhabit this area. In Numazu, a city that looks out over the bay, there is the Numazuko Deepblue Aquarium - Japan’s first deep sea themed aquarium. They even have frozen specimens of Coelacanth, the living fossil, on display!

You'll be able to see deep sea creatures gathered from the Suruga Bay and from countries all over the world. There are a lot of creatures here who have slightly frightening appearances typical of many deep sea critters, like the Giant Isopod wrapped in its hard-looking shell, the nautilus, and the Splitfin flashlight fish, which has a bioluminescent organ under its eye that lights up in the dark. Explore and enjoy this unusually extraordinary world!

Shiraito Falls is one of the country’s designated natural monuments. The waterfall is famed for its beautiful view that closely resembles drooping white threads. Right next to it is the Otodome Falls, which gives off a thunderous noise from its 25 meter drop! On days where the weather is good, you can see Mt. Fuji from the other side of the falls, making it a truly wonderful scenic spot.

There is a promenade not far from the waterfall basin, so it’s a place where even small children can have fun. Also, every year around the end of November, the autumn leaves turn red, completely changing the atmosphere.

Oku-oi Kojo Station is an unstaffed train station that is situated on the tip of a peninsula on the left bank of a dam lake. When you look at it from far away, the station, located exactly in the middle of a long bridge, looks like a train station in the sky. The name of the red iron bridge that spans both sides of the station is the Oku-oi Rainbow Bridge. The beautiful emerald green dam lake on the other side of the bridge is one of Shizuoka’s must-see scenic spots.

When the weather is foggy, you can enjoy the strange sensation of feeling like you're floating above the clouds. Both the view from the train platform and the view from inside the train are quite splendid.

Kunozan Toshogu Shrine is the shrine where Tokugawa Ieyasu, the first-generation commander-in-chief of the Edo Shogunate (1603 - 1867), is enshrined. There is also the Kunozan Toshogu Museum, where the armor, sword, and various equipment that Ieyasu used in the historically famous battle of Sekigahara, are preserved.

This shrine is characteristic for its stone stairs. There are 1,159 steps and the view from the top is wonderful! If you use the ropeway from Nihondaira, you don’t have to struggle with the long flight of stairs. You can sit back, relax, and enjoy the view!

That wraps up this carefully selected list of some of Shizuoka's most recommended sightseeing spots! When you think of Shizuoka, the first thing that comes to mind is definitely Mt. Fuji. Seeing that grand view in person will undoubtedly move you beyond words. Depending on the season, the scenery and the impression you're left with will also change, so have fun discovering which season you like best!

moot333
I live in Hokkaido, but I used to live in Tokyo, and would often travel around the Kanto region. I enjoy interesting townscapes and ancient culture. I love natural scenery as well!