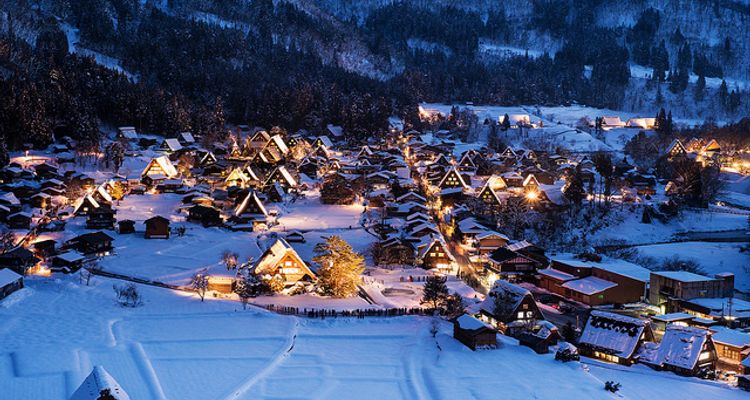 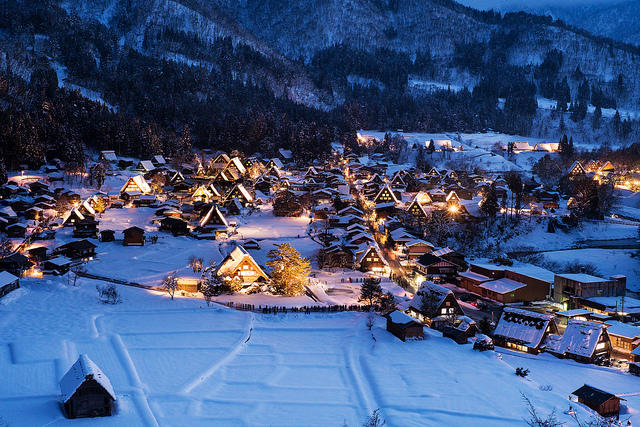 7 Must-Visit Places in the Hokuriku Area

Thanks to the Hokuriku Shinkansen, the Hokuriku area is getting great attention from not only Japanese people but also tourists from foreign countries. Here are some great destinations for your next trip!

Thanks to the Hokuriku Shinkansen, the Hokuriku area is getting great attention from not only Japanese but also tourists from foreign countries. Once you visit Hokuriku, you will be impressed by nature, traditional Japanese craftmanship, and definitely you will love the very fresh food ! Here are some great destinations for your next trip! Kanazawa is one of the must-see cities in the Hokuriku area. Kanazawa was very famous as a castle city governed by the Maeda family for 300 years in the 16th-18th centuries. Traditional Japanese handicrafts and culture like tea ceremony using Kaga gold leaf flourished in the Edo period with help of the Maeda family. Those traditional cultures have been handed down from generations to generations to this day. In this historical city, you can enjoy a very relaxing time. You can take a walk in Kenrokuen, one of the three most famous gardens in Japan, or try your hand at one of the many traditional handicraft workshops offered throughout the city. Why not have extremely fresh sushi for dinner?

Access: Alight at JR Kanazawa Station. There are tourist buses as well as a circle line bus so that you can explore the city efficiently. The Fukui Prefectural Dinosaur Museum is one of the largest dinosaur museums in the world! It features "Dinosaur World" is a huge hall where you can see 35 dinosaur skeletons, the hands-on exhibition room called the "Dino Lab," the fossil preparation room where technicians are actively working and you can watch them how to clean fossils properly. There's lots to see and do!

If you would love to experience the scenery of the northern Japanese Alps with their spectacular walls of snow, the Tateyama Kurobe Alpine Route is the way to go. You can enjoy the panoramic view of the Alps by walking, hiking, and/or riding cable cars, the ropeway, or the trolley.

You can complete the route in one day, but if you have plenty of time and want to explore as much as possible, take two days! There are some charming hotels you might want to stay in, including the resort hotel high up the mountain at 2450m altitude! The route is open from mid-April to late November every year, so please check the schedule before visiting. Shirakawa-go is a UNESCO World Heritage Site that isn't in Hokuriku, but is easily accessible from Kanazawa. Shirakawa-go is a historical village that features the architectural style called "gassho-zukuri." Gassho-zukuri is a style of hut that uses a steep thatched roof that resembles "two hands together." This style is perfect for the weather in the Shirakawa area as it prevents snow build-up. At this open-air museum, you can see those traditional houses as well as experience the lives of people who lived there hundreds of years ago.

Access: From Tokyo, take the shinkansen to JR Nagoya Station then transfer to the Wide View Hida line to JR Takayama Station. From Kanazawa Station, you can take a 50 minute shuttle bus.

Awara Onsen is a hot spring in Fukui Prefecture. Arawa Onsen became a hot spring town in the Meiji era (late 19th century). There are many ryokan, traditional Japanese inns, in the area, so make sure to find one that suits your needs and desires. There is a lot to see in the area as well, like Eiheiji, one of the largest Zen Buddhism temples, and Tojinbo, the rugged cliffs on the coast of the Sea of Japan. Visiting these sightseeing areas before spending the night at a nice ryokan at Awara Onsen sounds like a good day! Kurobe Unazuki Onsen is a famous hot spring in Toyama Prefecture. There are many hot springs around the Kurobe Canyon and Kurobe River areas. There is a trolley train that allows visitors to explore the area and from that train you can see beautiful panoramic views of the canyon. At the onsen, you can spend a good time relaxing in nature, enjoying the hot spring, and eating fresh fish and seafood. Noto Peninsula is the northernmost area in Ishikawa Prefecture. You can spend the day here taking in the scenery of the beautiful ocean after exploring the morning market in Wajima, a market that has been supporting the townspeople for over 1000 years. In the eastern part of the peninsula, in Nanao, is the famous Wakura Onsen. You can enjoy it best by spending the night there so you can have a special dinner before relaxing in the springs.

Access: The nearest station of Wakura Onsen is JR Wakura Onsen station. A limited express train from Kanazawa Station can take you to Wakura Onsen Station in an hour. If you want to explore the other areas of the Noto Peninsula, it would be best to rent a car.