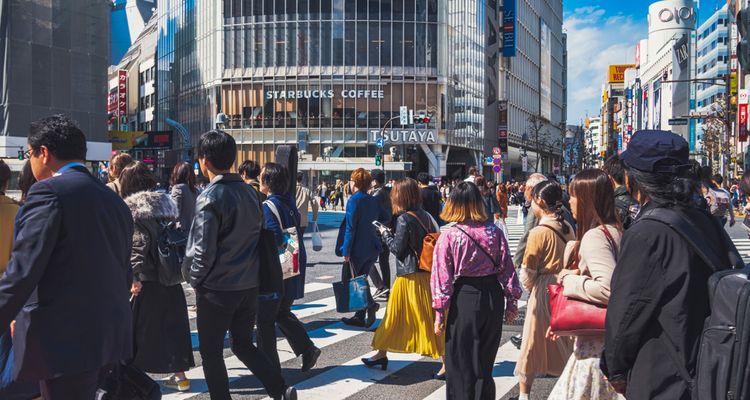 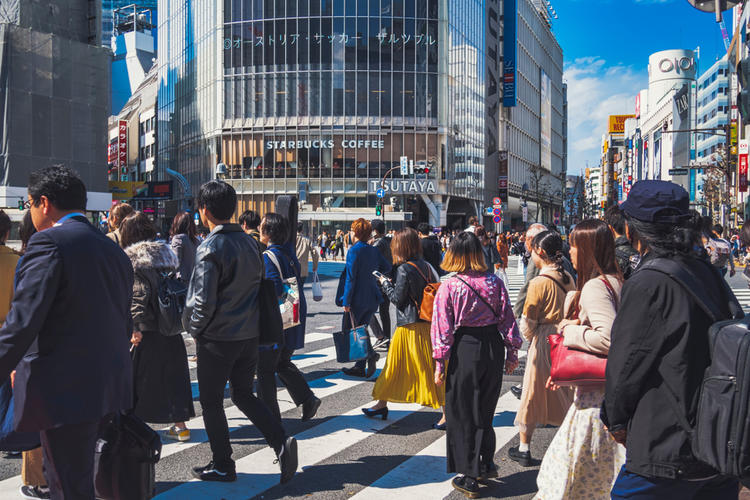 Despite the standard twelve years of English language education from elementary school up until university, many Japanese people find themselves struggling to speak English. However, with the 2020 Tokyo Olympics and the Expo 2025 in Osaka just around the corner, Japan is making significant efforts towards globalization. Here are some key reasons why Japan may be lagging behind the rest of the world when it comes to English education.

*This article is written by a Japanese person who was born and raised in Japan, went through the Japanese education system, and studied English on his own. These are the observations he's made about the affinities and difficulties Japanese people tend to have with the English language.

When it comes to English education, Japanese schools mostly focus on reading and writing. These skills are honed mainly with the purpose of passing exams, and very little time is spent on drilling practical skills like speaking and listening. To put it simply, the Japanese education system is clearly lacking a method for correctly studying real life application of English. As the students get older, they write and read longer essays in English, but in the end this doesn't necessarily contribute to better English skills. Reading an excerpt from a novel and answering a question in relation to it only serves to test your reading comprehension skills and knowledge of vocabulary and idiomatic phrases. While this is indicative of a certain level of English ability, it is still far from actual fluency.

In most classes, the teacher stands in the front of the classroom and students quietly jot down notes. This type of old-fashioned Japanese teaching style is not suitable for learning English. Also, it is not uncommon for English teachers in Japan to have only passed a simple English vocabulary test to get the job, while not actually being fluent in English. In recent years, you'll see some schools enforcing interactive exercises where English is used among the students and with the teachers during class. However, Japanese classrooms are missing the process of acquiring proper skills through failure, a crucial step when learning just about anything. Most of the time, the teacher speaks in front of the class, then the students listen and practice their pronunciation, and the lesson ends at that. To put it in other words, while Japanese students excel in their wide knowledge of grammar structures and vocabulary, they never get the chance to make mistakes and learn from them.

2. The English Education System Hasn't Caught On to the Essential Skills for Learning English

To wrap up what we've covered so far, the problem with English education in Japan is that there isn't enough time spent putting what they've learned to use. Since they don't know how to actually use what they know, they instead focus on getting good scores on exams/passing exams, which won't lead to fluency on its own. In addition, there are very few opportunities to speak with English natives, and conversations, debates, or presentations in English are rare as well; other than watching movies in English, Japanese tend to only interact with English in its written form.

When learning to speak a new language, you need skills and not just vocabulary or information. Even if you know the right way to go about it, without actually pushing yourself to try, it's impossible to improve. The most important thing when having a conversation is to put your thoughts into words. There's no point in just filling your brain with vocabulary and phrases. If anything, the knowledge is what comes after. You could say that the way English classes are taught in Japan can be seen as a soccer coach teaching a soccer player to kick a ball past a goalkeeper through words and not actual practice.

"By making mistakes, you can learn something new." This is not a foreign concept in Japan. However, the reason Japanese people have a difficult time mastering a new language is not due to just the classroom in and of itself; it's also linked very closely to a national characteristic that's rooted in the education system.

In Japanese schools, students learn about being a part of a group and the importance of moving with this group. This type of education is what forms a fear of acting differently from those around you. Of course, every person is unique in their own way, but Japanese are taught to be group-oriented at a young age, and many people think that following what others do is the correct thing to do. In general, the custom of Japanese people is to prioritize being unobtrusive to their surroundings as opposed to making themselves stand out. Many children develop this mentality through their education, and as a result they tend to continue adhering to this as adults.

This is why many people refrain from speaking out and answering questions in class (least of all a classroom environment in which no one can speak this foreign language). Rather than making mistakes, they prioritize avoiding feelings of embarrassment, and don't even try to challenge themselves.

Another Japanese characteristic is their "shy" personalities, which incite people to always pay attention to their surroundings before acting. Most Japanese people find it overwhelming to speak in front of the class, so there are very few opportunities where people would actively speak up in English within this type of educational environment.

Areas such as the Kanto region (Tokyo, Yokohama, etc.) and the Kansai region (Osaka, Kyoto, etc.) have a relatively high population of foreign residents and tourists, but other regions provide very few occasions for people to interact with English-speakers, so there are very few who deem English as necessary for daily life.

Japan has continued to develop over the years under the widespread influence of Western languages and cultures. This can be seen in various aspects all throughout Japan, particularly with English signage seen in stations, roads, advertisements, clothing designs, and so on. While they may look fine from a Japanese perspective, there's often mistakes in them that native speakers would immediately notice. There are many people who will buy an article of clothing because they like the design, and they don't give much thought to what's written on it in English. If you're in Japan for vacation, be sure to pay a little attention to what people are wearing on the streets! You'll definitely lay eyes on some strange English all over the place.

In addition, on an international scale, Japan is comparatively a very homogenous society, with a great majority of the entire population made up of Japanese people. In recent years, more and more people have been moving to Japan from abroad, and there's been an increase in foreign tourists year by year. The number of non-Japanese on the streets have especially gone up in major cities. However, this ratio of non-Japanese to Japanese is still so low that it doesn't justify learning English for most Japanese people.

Japan culture, which features unique facets such as anime, manga, video games, electronics, and automobiles, has gone through some incredible changes over the years. All sorts of ideas, from food to IT culture, have been absorbed from around the world and seamlessly integrated into Japanese culture. Japan is excellent at taking concepts from abroad and making them into original Japanese creations. For instance, omelettes were made into "omurice", and tacos were turned into "taco rice." Japan is very skilled in taking foreign ideas when it doesn't involve language; English, however, has taken a strange shape in Japanese culture.

For example, "application" is commonly referred to as "apuli", "patrol car" is "patocaa", "key chain" is "key holder", "air conditioner" is "eacon", and "intellectual" is "inteli." These words are written in katakana, characters used for foreign words that have been imported and are commonly used in the Japanese language. This is where the problem lies.

Another example is the music subscription services Spotify and Apple Music. Japanese people call these platforms "sabusuku" after "subscription." However, this doesn't apply to their video counterparts, such as Netflix and Amazon Prime. For some reason, these are called by their respective names and not as "sabusuku," and this is probably because most Japanese people don't even know what "sabusuku" means and where the original word comes from. Someone started saying these abbreviated words because they were close to the original words and were easy to say, and it caught on from there.

Lately, there are also many words that already exist in Japanese, but the English word has been adopted as well and been katakana-fied. This is actually a big problem that inhibits Japanese people's English learning ability. For instance, the word "launch", which is "tachiage" in Japanese, has established itself into everyday Japanese speech in katakana form: roonchi. And while "tachiage" in itself is more than enough to get this meaning across, words like "roonchi paati" (launch party) are often used instead.

Since Japanese people are very well-acquainted to katakana words like these, there are many people who aren't sure how to distinguish the correct pronunciation of words like "black", "red", "light", and "right." It's even more so the case when it comes to words with "r" and "l", which are pronounced exactly the same in Japanese.

"Wasei eigo", or Japanese-made English words, are also another factor that hinders English language improvement for Japanese people. These words don't exist in English, but were made with a mash up of English words to match Japanese people's linguistic needs. Some examples include "charm point" for "best feature", "skinship" for "physical contact", and "morning call" for "wake-up call." By creating new words for words that aren't that difficult to begin with, this only makes it more difficult for Japanese people to learn English.

Another striking example of wasei eigo is the world "imechen" (short for image change). This word is used when someone wants to completely change their appearance. If someone wants to get a short haircut after having their hair grow out long, they would say "I want to image change," but this wouldn't be understood by English speakers. The only part you would understand is that they want to do something, but you wouldn't understand what that something is.

"Tension" is also a word used in everyday Japanese to express excitement, but in English, "tension" is used when expressing agitation. If someone were to say "I'm so high tension!", this would only lead to confusion.

Japanese people use these words on a daily basis while thinking these words are also used in English with the same meaning. They're used extensively on the internet, in media, and in daily conversation, but they're actually creating a huge barrier for English learners of Japanese.

These 6 factors explain why Japanese are largely unable to speak English. However, Japanese society hasn't fully picked up on these reasons, and with little to no change in the education system, the problem won't get any better no matter how much time passes. Many Japanese people want to learn English, but they're not able to because they don't know how to go about it. But the fact is that, with globalization, speaking correct English will become more and more vital for Japan.

So, during your visit, instead of being hesitant in assuming that all Japanese people can’t speak English, try speaking to them in clear and simple sentences. You may find yourself engaging in more conversations as short as they may be, and it will help build confidence in their English abilities. Over time, these efforts might bear fruit and lead to a better world for everyone.