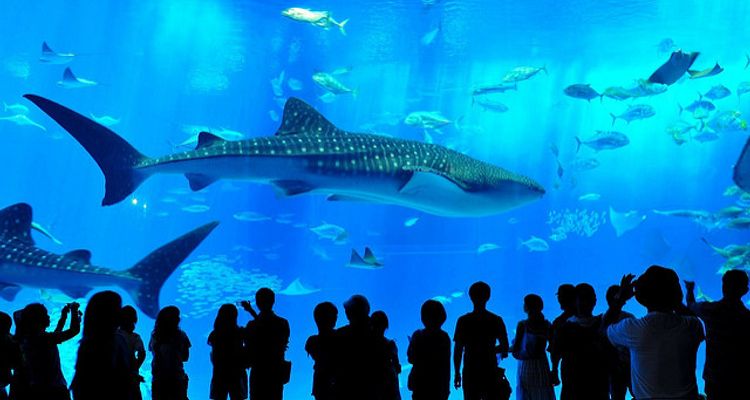 50 Things to Do in Okinawa

Okinawa, one of the most popular beach resorts in the whole of Japan. Its emerald blue seas and white sand beaches attract people from all over the country. Once the Ryukyu Kingdom, Okinawa has a unique culture and history that differs from the mainland. Here in this article we are going to introduce 50 great things to do in Okinawa.

Minna Island is an inhabited island about 15 minutes from the mainland of Okinawa by ferry. Known as “Croissant Island” due to its shape. It is a small island with a perimeter of only 4 km. It is a great unknown sport for snorkelling and diving, only visited by about 60,000 people a year. If you are looking to buy some souvenirs in Okinawa, this is the place to go. This 1.6 km long street is lined with souvenir shops. On Sunday, the streets are often opened to pedestrians and you can enjoy watching the traditional eisa dances performed by youth associations from each region. There are many monorail stations on the street as well, making access to and from the airport easy. Sonohyan-utaki Stone Gates is sacred place to which the king of the Ryukyu Kingdom would come to worship. The stone karahafu gates are a particular feature of the site. Before leaving on travels, the king would visit the Sonohyan-utaki to pray for safety on his journey. It was registered as a UNESCO World Heritage Site in 200 If you want to experience Ryukyu culture and arts, this is the place to go. They offer workshops and classes on a wide range of topics, including traditional Okinawan dyeing, making Shisa, playing the shamisen, and making lamps from coral. It’s a great place to make your own souvenirs. You can also take a tour of a traditional house, and enjoy performances of traditional eisa dances and folk songs. Tacorice is a gourmet dish combining tacos from Mexico with rice that originates from Okinawa. Mexican tacos were originally brought into Okinawa during the American occupation, it was rearranged to meet local tastes and became taco rice. A popular dish with the people of Okinawa. A UNESCO World Heritage Site in Okinawa, Nakijin Castle was built by the king of the Hokuzan principality in the 14th century, before the start of the period ot the Ryukyu Kingdom. Famous as a sakura, or cherry blossom, viewing spot in Okinawa, the castle ruins are visited by large numbers of tourists every year in January when the cherry trees blossom. A type of seaweed grown in the seas of Okinawa. Sometimes called “green caviar” for its similar texture. Known for its benefits for health and beauty, it is a popular souvenir from Okinawa. You can store it at room temperaturee. The most famous and popular diving spot on the mainland. Every year, countless fans come from both Japan and abroad to enjoy the mystical blue world of the caves. Even beginner snorkelers and divers can dive here, so it’s one place we really recommend!

One of the largest shopping malls in Okinawa. Opened in April 2015. The shopping center features 220 stores selling a wide range of products, from fashion to souvenirs and a 9-screen cinema complex. This mall, with its Rykyu palace style design, is incredibly popular as a shopping spot with tourists. One of Okinawa's sweets, passed on from China to Okinawa in the ancient times. Very similar to donuts, they are very popular as souvenirs. Recently, various stores are offering different flavors of sata andagi, such as pumpkin and purple yam. About 1 hour by car from Naha Airport. Nabee Beach is famous as the beach with the clearest waters on the Okinawan mainland. As well as snorkelling and diving, you can enjoy all sorts of marine activities, such as bay fishing and glass boat rides. BBQs on this beautiful beach are also very popular. Rental of a BBQ set (without ingredients) will cost you 4,000 yen. Sefa-utaki is said to be Okinawa’s most sacred place. In the period of the Ryukyu Kingdom, miko, or shrine maidens, in service of the king would practice here, and it was forbidden for citizens or men to enter the area. Nowadays, there are no such restrictions, and the site has become famous as Okinawa’s greatest powerspot. In 2000, it was registered as a UNESCO World Heritage site. Established in 1905, Kishimoto Shokudo is a long-standing Okinawan soba restaurant. Every year, the restaurant is visited by countless people looking to try traditional Okinawan soba. The soba is known as “mokutan soba” or charcoal soba, due to the fact the water the noodles are made with has had ash from burning of wood from the schima wallichii tree in it. If you’re looking to try real Okinawan soba, this is the place to go. Tamaudun is a mausoleum built in 1501 by King Sho Shin to house the remains of his father Sho En. Two shisa are placed on the left and right sides to guard the mausoleum. This is an ideal tourist spot to come to learn about Ryukyu history and culture. In 2000, it was registered as a UNESCO World Heritage Site. You can experience the history and culture of the Ryukyu Kingdom while taking a stroll along this sone paved road that was originally used as a main path in the 16th century. The red-tiled roofs of the traditional houses liking the road are a great sight to see, and if you are feeling tired, why not take a break at the Shinju stone paving tea shop on your way? With about 2 million visitors per year, it is Japan’s most popular aquarium. In the main tank known as the Kuroshio Sea, you can enjoy watching the whale sharks and manta rays calming swimming around the tank. Also, in the surrounding area, there are a number of other great sites to visit, including the Emerald Beach, the Tropical Dream Center and a planetarium. The sea surrounding the islands has come to be affectionately known by divers as the “Kerama Blue.” In March 2014, it was designated as a national part, and since then has grown even more popular with divers. The white sands and clear blue seas make this place a great spot for snorkeling and diving. A restaurant where you can enjoy authentic, mainly Thai, Asian food. From the terrace of the cafe, you can enjoy a spectacular view of the emerald green ocean, which makes this a popular spot for dining. Why not refresh yourself by enjoying some delicious food while taking in the fantastic Okianawan scenery. If you want to try hiking or trekking in a subtropical jungle, this is the place we recommend. It is the only area in Japan with subtropical Karst topography. For outdoor people who have had their fair share of the sea, why not come and enjoy the mountains of Daisekirinzan? The hiking course is about 20-30m and the view of the sea from the mountain is spectacular. You can also camp here. An outlet mall with about 100 stores where you can buy popular and high class brand products at a reasonable price. Conveniently located about 20m away from the airport by car, and accessible from the airport by a shuttle bus. Why not enjoy a bit of shopping there before your departure?

Next： No.41-50 Further exciting spots and activities in Okinawa