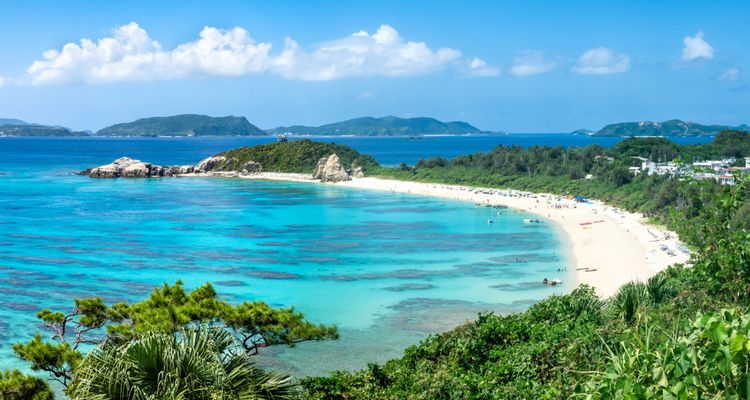 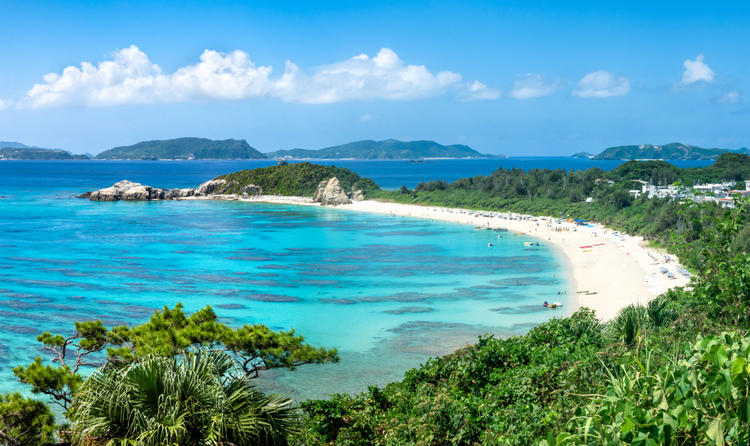 50 Things to Do in Okinawa

Okinawa, one of the most popular beach resorts in the whole of Japan. Its emerald blue seas and white sand beaches attract people from all over the country. Once the Ryukyu Kingdom, Okinawa has a unique culture and history that differs from the mainland. Here in this article we are going to introduce 50 great things to do in Okinawa.

Okinawa can be largely divided up into for regions: the southern region (with Naha City, etc.) the central region, the northern region and the isolated islands. Each of the titles of the items in the list contains the region, so you can refer to these when planning your sightseeing route.

From the 15th century until the 19th century, Okinawa was an independent kingdom, known as the Ryukyu Kingdom. For around 450 years, the country thrived as a center of overseas trade. In 2000, Shuri Castle was registered as a UNESCO World Heritage site. If you are looking to learn about the Rykyu culture and history, this is the place to go.

The ruins of a castle built in the 14th-15th century in the village of Kitanakagusuku. Located on top of a 160m tall hill, the six walled courtyards of this castle are a sight to see, and will allow you to feel the history and culture of the Ryukyu people. From the top of the ruins, you can enjoy a spectacular view of the Pacific Ocean. Nakagusuku Castle ruins are also registered as a UNESCO World Heritage Site.

At Awase Fishing Port and Toya Fishing Port, you can enjoy some of the freshest seafood caught in the seas close to Okinawa. Lobster, sea urchin, freshly fried tempura, here you can sample all the delights you would expect of a fishing port. Why not enjoy some fresh seafood with the locals? About 30-40 minutes from the airport.

A spectacular example of Okinawa’s beautiful scenery. The sight of the sea and blue skies from the cape is breathtaking. If it is your first time in Okinawa, this is one place we recommend you visit. If you look carefully into the waters, you can see the beautiful coral reefs. The rock shaped like an elephant’s trunk is also famous.

A 100-year old traditional home that has been converted into a restaurant. It’s Okinawan dishes and soba made using Agu pork are incredibly popular. Beside restaurant is a natural stone park which is great to take a leisurely walk through after lunch.

Opened on Kokusai Dori in June 2015. There are 20 stalls at which you can enjoy a variety of local and original dishes made with Okinawan ingredients. The nearby Rito Marushe sells souvenirs mainly from the isolated islands of Okinawa, and also has a coffee shop. At the stage, you can enjoy various performances such as shimauta, or traditional Okinawan songs and eisa dances.

Yachimun is the word for Okinawa pottery. Tsuboya Yachimun Street has a long history spanning over 300 years, and here you can find many famous pottery workshops. We recommend taking part in a yachimun pottery class, searching for some original souvenirs for your friends back at home and enjoying a cup of coffee in a yachimun cup while you are here!

Ryukyu glass is one of Okinawa’s most well known traditional crafts. Originally made from glass bottles disposed of by the US military after the war, but now it is made with a high level of skill in a variety of beautiful colors and designs, making it a popular souvenir.

A beautiful island with emerald blue seas and white sands. Many divers both from Japan and overseas visit the island every year, drawn by the clear blue seas and beautiful coral. Why not pay a visit to the island to see some of the unique Miyako Island culture? It’s about 45 minutes from the mainland by aeroplane.

Kamimura Shuzo is an old distillery established in 1882, located in the center of the mainland. Tours of the distillery are available not only during the day, but at night as well. You can make a souvenir awamori bottle which can be stored in the cellars beneath the distillery for 5 to 10 years. You can also hold awamori parties here!

A public market known as the “Kitchen of Okinawa.” Visited by the Okinawan locals for their shopping, it is a great place to catch a glimpse of the everyday life of the Okinawan people. It is also very enjoyable talking to the friendly merchants. There are many restaurants offering dishes made with local ingredients at the market, and you’re able to find all the local ingredients here.

The ruins of Katsuren Castle are Okinawa’s oldest ruins and are registered as a UNESCO World Heritage Site. It is said that the castle was originally constructed in the 12th century. If you climb the small hill on which the castle ruins stand, you can enjoy a breathtaking view of the sea. It is one of Okinawa’s most famous tourist spots.

A cafe in the mountains in northern Okinawa. A number of shisa sit on the red tiled roof of this nostalgic old folk house. Enjoying a glass of freshly squeezed acerola or citrus depressa juice and some traditional Okinawan snacks such as hirayachi while listening to the chirping of the birds is exquisite. A calming, relaxing cafe.

One of Okinawa’s many UNESCO World Heritage Site. During the Ryukyu Kingdom period, it was used as a second residence by the royal family to rest or entertain guests from China. Walking through the Ryukyu style palace and gardens and the pond shaped like the Chinese character meaning heart  or spirit (“心”), you can get a real taste of Ryukyu culture and history.

An old folk house that has been refurbished into a cafe. Located on top of a hill in the northern Okinawa, Kajinhou’s hand-made pizzas and fresh acerola, mango and guava juices are incredibly popular. From the outside of the cafe, you can enjoy a spectacular view of the sea.

About 40m from Naha Airport by car. A large shopping center with the atmosphere of the American west coast. It also has a cinema and bowling alleys. A number of American restaurant chains, such as Tony Roma’s and Red Lobster, have set up branches here so you can enjoy some authentic American culture while you’re in Okinawa.

A resort about 20m from Naha City by ferry. The beautiful tropical fish and coral reefs you can see here are sure to leave you with some fond memories of your visit. As well as marine sports such as snorkelling, diving and ocean walking, you can spend some relaxing time on the beautiful beaches here, too.

Next： No.21-40 Further exciting spots and activities in Okinawa