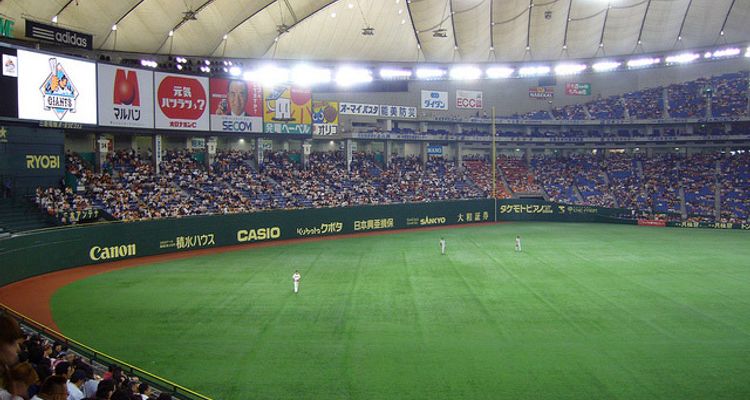 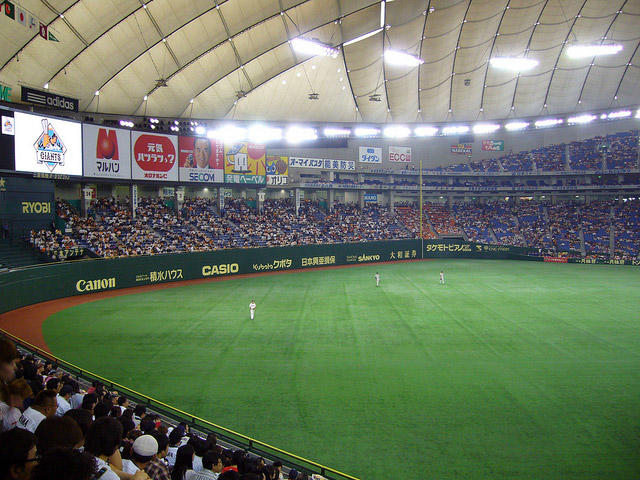 If you' re coming to Japan for a concert, baseball game or event, and you have to go to Tokyo Dome or Yokohama Arena, check out this article for useful information.

So you've come to Japan! Welcome. Are you here as a tourist? Are you looking forward to all those temples, shrines, tall buildings, and fabulous restaurants? Or did you come here for something specific?

Nowadays it's not so uncommon for people to come to Japan as a tourist and a concertgoer, or as a tourist and someone who wants to check out Japanese baseball. Some, too, often schedule their sightseeting trips alongside major events occurring within the city or the surrounding area.

This article will hopefully be a guide for those of you planning to do just that. These are the 5 most popular arenas/domes/event halls in Tokyo and the surrounding area, how to get there, and pros/cons in terms of seating and general atmosphere. Definitely check this out before you head on over! Name in Japanese:東京ドーム(Tokyo Do-mu)
Access:Korakuen on the Marunouchi or Namboku subway lines; JR Suidobashi
Pros:Tokyo Dome City is literally right next to the dome and you can shop and eat (or ride a rollercoaster) before or after your plans. If you're going to a concert, the mall also caters to concertgoers and will sell clothing and accessories related to the artist. The Dome is mainly for baseball, so if you're a Giants fan, you can stock up on gear and fan merchandise, too.
Cons:Beware of the ridiculous wind tunnel that will make you wonder if you've ever really known a wind tunnel after you exit the Dome through the mandated exits. Getting to the stations after the event will also make you feel like a herd of cattle, and the station and trains will be packed.
Tips:Get to the dome early so you can check out Dome City. They have a Moumoon Cafe! Name in Japanese:Makuhari Mess-eh
Access:Kaihin-Makuhari on the Keiyo Line
Pros:There's a lot to do around the area, though you'll have to walk a bit to get to the different malls. The complex is also big, allowing for several events to go on at once.
Cons:Makuhari Messe is GIGANTIC, with several halls and different disjointed parts of the complex. Also, depending on the event, the seating/standing areas may not be staggered, so you'll have to hope you're not sitting behind someone very tall. Be careful of standing sections as well: security doesn't do much to keep them from pushing and people have gotten hurt in the crowds. The bathroom lines can also get ridiculously long.
Tips:Definitely make sure you know where you're going, and try not to go to the bathroom immediately before or after the event, because you definitely won't make it back in time.

Name in Japanese:Yokohama Ari-na
Access:JR Shin-Yokohama on the Yokohama Line or Yokohama Subway
Pros:Small, but not too small. Any seat is good!
Cons:There's not too much to do around the area, but there are restaurants around. Waiting can get a bit boring, but this depends on the event.
Tips:Make sure you know where you're going, especially if you're not used to traveling outside of the Tokyo area, as getting around Yokohama can be a bit difficult. Name in Japanese:Ajinomoto Sutajiamu
Access:Tabitakyu on the Keio line (nearest)
Pros:It's much bigger than Yokohama Arena and almost as big as Tokyo Dome. It's also outside, which can be nice if the weather is good. The seating changes depending on what event you're attending.
Cons:There is no standard seating chart for non-baseball events, so you don't really know where you'll end up. The outdoor aspect can also be really nice--or really awful.
Tips:CHECK THE WEATHER.