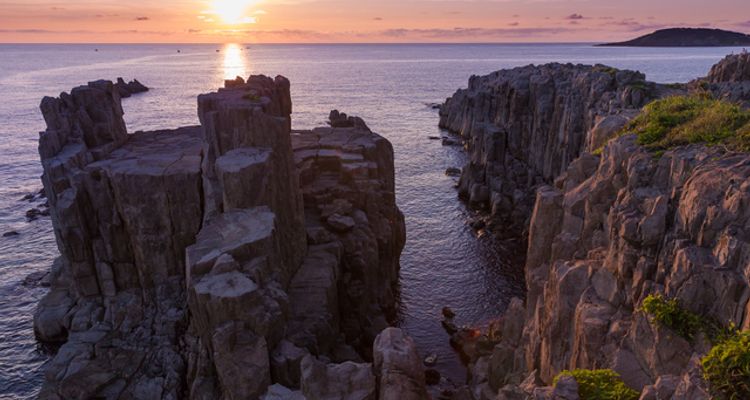 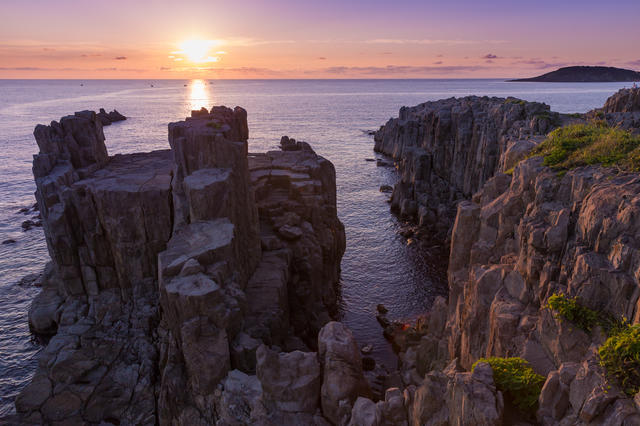 3 popular places to visit in Fukui

Do you know where "Fukui" is? Unfortunately, Fukui is the least popular prefecture to visit for non-Japanese people. But once you visit Fukui, you will definitely love it! It just takes you about an hour to come to Fukui from Kyoto or Kanazawa by JR. Today I'm going to introduce 3 great spots in Fukui for you!

You may wonder where Fukui is.  Since Fukui is the least popular place to visit for non-Japanese, I wouldn't be surprised if you don't know the prefecture.

Fukui Prefecture (福井県 Fukui-ken) is a prefecture of Japan located in the Hokuriku region on Honshu.

But just because it's "the least popular place" doesn't mean that it's boring.  Fukui is actually a beautiful, fun place with great food!

Today I'm going to introduce you to what I think are the 3 most popular places to visit in Fukui!

Tojinbo is probably the most popular tourist site in Fukui.

Tojinbo (東尋坊) is a series of basaltic cliffs on the Sea of Japan in Japan.  The rocks were originally formed 12 to 13 million years ago due to various volcanic activities. The shape has been formed through the years by erosion from sea waves.

The view is really magnificent!

You might get a little wet due to the strong wind and waves, and it is really chilly in winter, so make sure you bundle up if you're visiting Tojinbo during that time.

Also, at Tojinbo, there are some seafood shops, so you can enjoy fresh seafood from the Japan Sea!

Yum!!! Doesn't it look delicious? By the way, the first picture is of crabmeat being dipped into kanimiso, or the insides of the crab.

Eihei-ji (永平寺) is one of two main temples of the Soto school of Zen Buddhism, the largest single religious denomination in Japan (by number of temples in a single legal entity). In English, its name means "temple of eternal peace."

It is located deep in the mountains near the rugged west coast of Japan, not far from Fukui City.

In spring and summer, the contrast of green and the colors of the temple is relaxing.

In fall, colored leaves are very beautiful and the colors match with the temple building.  This is one of the things you really want to see in Japan!

In winter, it is really freezing to visit there, but it's worth trying.  The view is just so breathtaking!

The Fukui Prefectural Dinosaur Museum (FPDM) exhibits a number of specimens on geology and paleontology, such as invertebrate fossils, minerals, rocks and of course dinosaurs!

If you're visiting Fukui with your kids, this is probably the best place to go.  But even without kids, it's really exciting to go there!

Please come to Fukui if you have a chance.  I'm sure you'll love it!