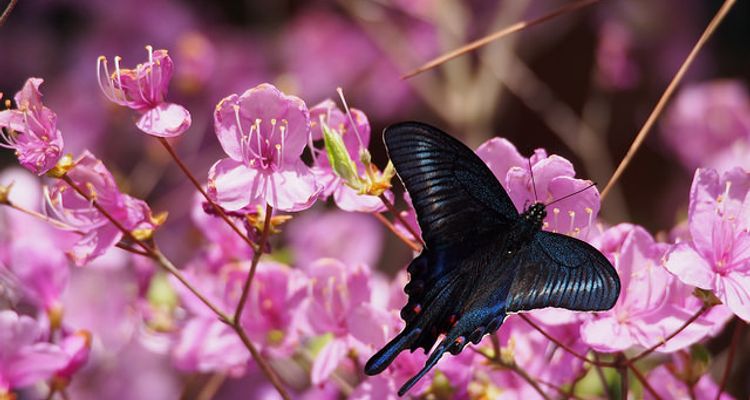 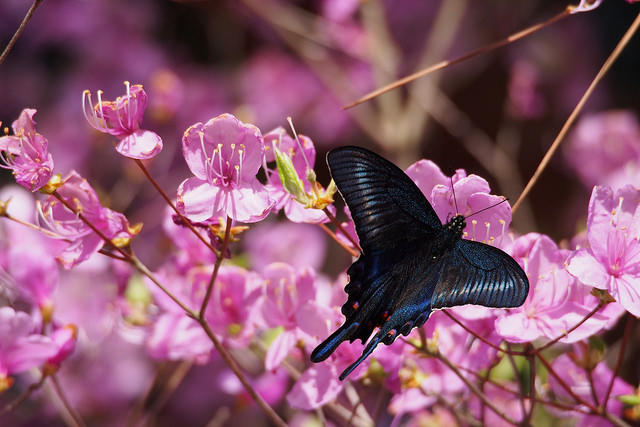 20 Insects That Are Endemic Species To Japan

Japan is the land of 4 seasons, rich in nature and native species. Here are 20 insects that are endemic species to Japan! The Papilio maackii is famous for its beauty. Its imago (the last stage of metamorphosis) body is covered in streaks of black and metallic blue, with red spots at the end of its appendages. The male imago sucks water from puddles on the ground in groups.

The Carabus insulicola has a metal shine to its body, which can grow up to 25 - 32 mm. They can be seen throughout Japan, living in forest grounds eating worms, larva, dead small animals, and so on. Since they live on the ground most of the time, they don't have appendages to fly. The Olive weevil is a vermin to olive farmers. At the larva stage, they eat around the olive tree stem, and may cause the whole tree to die. The imago grows up to 15 mm, and lives up to 3 to 4 years. They are nocturnal, and stay still most of the daytime. During copulation, the male and female imago don't separate for days. Sometimes the male imago dies. The giant stag beetle is highly popular among children and adults in Japan. They are sold as pets in pet stores, have their own game where they battle other insects, and even have a reputation of being the symbol of summer. Sadly, from the overtaking of wild beetles, they are now on the second level of highly endangered species. The imago can grow up to 72 mm. Their most prominent feature are their large horns that squeeze when stimulated. The Bombus hypocrita is one of the species from the bumblebee group. Their bodies are rounder compared to the honeybee. They are seen throughout Japan from April to October. Lately, the invasion of the Bombus terrestris (セイヨウオオマルハナバチ) is becoming a problem. The Epiophlebia superstes is said to be a living fossil. The imago is up to 5 cm, and can be seen throughout Japan. They live in clear water streams around April to July. The females lay eggs on the stems of the greens growing at the edges of bodies of water. After the larva is born, it jumps to the water stream and starts living inside the water. The Damaster blaptoides is a bit of a scary insect. When they find a snail, which is their staple food, they bite into the slimy flesh, insert a liquid that dissolves the body of the snail, and sucks out the melted goo. The imago is a matte brown to black, and grows up to 7 cm. They can be seen throughout Japan.

The Chrysochroa fulgidissima is a type of insect with iridescent wings. Their imago body has a green metal shine with horizontal rainbow streaks. Birds are afraid of things that change color, so they stay away from insects with iridescent wings, which change color in different lights. They are highly popular among insect collectors for their beauty. The Sympetrum gracile is a type of dragonfly only seen around the Seto Inland area from around September to the end of October. They are in the group of red dragonflies, despite its blue color. They are seen in ponds in the forests. The Scopura prolifera are seen in clear clean rivers. They can grow up to 40 mm. They eat dead leaves and small insects. During copulation, the male imago sits on top of the female imago. The Grylloblattodea is the name of a group of insects first seen in Japan, founded by the French diplomat E. Gallois in 1914. They are seen on the shady ground, such as underneath rocks. The imago and larva both lack any kind of flying appendages. The Rhinoceros beetle, along with the giant stag beetle, is highly popular in Japan. It is also seen as a symbol of summer in Japan. The imago can grow up to 54 mm. Their large horns are used during battle over females with other males. They live on the bark of trees and feed on sap. The Luehdorfia japonica is a butterfly that lives among the woodlands near populated areas. Their body grows up to 6.5 cm. Their imago appears only once a year, during the end of May to the start of July. However, when they appear depends on the amount of snow left. After they copulate, the male smears a liquid substance on the female. This liquid substance hardens and forbids other males to copulate with that female. The Sasakia charonda was first found by Chujirou Sasaki in Kanagawa, which can be seen in the name (Sasakia). They can be seen in Japan, Korea, China, Taiwan, and Vietnam. The imago can grow up to 55 mm. Their body patterns can change from where they were born. The Vespa mandarinia japonica, also called the Japanese giant hornet, has the strongest venom among the bees that live in Japan. The male imago don't have the venom. They create nests that are clusters of tubes in the shape of the hexagon. Nests on houses are a problem in Japan, and often the public office has to come in and remove them. The Lyristes bihamatus is a type of cicada similar to the Lyristes japonicus (エゾゼミ), but smaller in size. They can grow up to 54 mm. Their imago can be seen in Hokkaido, and throughout Japan. They create sounds like "zee". The Acikius kishii is only seen in the Yasaha pond in South Echizen-chou, Nanjyou-gun, Fukui. Their imago grow up to 16 mm. They plant their eggs on rotten wood during May to July. Their larva are born in about 10 days, and after molting twice, they create a cocoon in the sand by the edge of the water for 20 days. Then they become an imago and swim in the Yasaha pond. They are on the red list of endangered species. The Halyomorpha halys is a common insect seen throughout Japan in the woods and in populated lands. They are vermin to the farm lands. Not only do they eat the leaves and the stems, they eat the fruits too. When they are stimulated, they release an extremely pungent liquid.