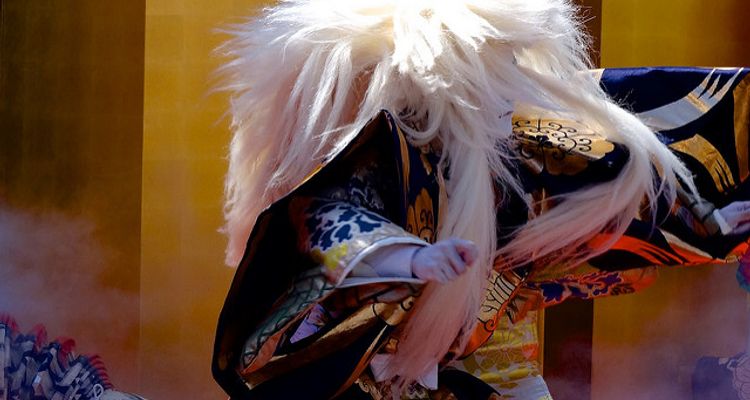 Have you heard of the term "kabuki", but don't know what it actually is? Here are 17 facts to enlighten you on this traditional and exceptional stage art of Japan!

1. Kabuki (歌舞伎) is one of traditional arts of Japan and is named as an important intangible cultural asset. This was decided in 1965. In 2005, UNESCO announced kabuki as one of the 43 Masterpieces of the Oral and Intangible Heritage of Humanity." In 2009, it was named as an intangible cultural heritage. As you can tell, kabuki is a form of art that is highly appreciated around the world.

2. The origin of the word kabuki comes from kabuku (傾く). Kabuku is the archaic word of katamuku (傾く), which means to lean. By the end of the Sengoku period to the start of the Edo period, people who dressed loudly and did unthinkable things were called kabukimono (かぶき者). The kabukimono people invented a dance called kabuki odori (かぶき踊り). This dance had flashy and loud movements and outfits which were unthinkable back then.

3. Kabuki odori was invented by a woman, Okuni (お国).

4. Kabuki in the earlier days were performed by youjyo (遊女). Youjyo are sex workers. This type of kabuki was called youjyo kabuki (遊女歌舞伎). The shining new star of musical instruments, shamisen was introduced into kabuki then. Youjyo would go on stage covering themselves with furs of tigers or panthers.

5. Kabuki in the earlier days was performed by young boys.

This was called wakashu kabuki (若衆歌舞伎). Most of the young actors also did sex work with men as their customers. Their programs contained homoerotic material.

6. Youjyo and wakashu kabuki became too popular, it started bloody affairs and the government had to prohibit them. Customers fought over the youjyo or wakashu. The government prohibited them, but due to their popularity, it took about 10 years to completely demolish them.

7. Now, all the actors in kabuki are men. Men, generals, merchants, children, princes, princesses, sex workers, young women, old women, ghosts and so many more roles are all done by men. How a person moves, and what they wear is the way they distinguish their roles. Personally, I really like how they portray women. Kabuki kyougen have stories, that actually happened in the past (ex. death of a general), or a fictional story set in a certain era. Kyougen (狂言) means a play. Kabuki buyou is mainly dance. Buyou (舞踊) means dance. If you're new to kabuki, I recommend watching kabuki buyou first. You don't exactly need to understand what they're saying because they mostly dance.

9. Kabuki kyougen are based on the same world. In the stories, they use the same characters (some of whom really existed) in the same era, but alter what happened. As a result, there are several stories that contain the same world setting, but with different plots.

10. The names of the programs are so hard to read that they have nicknames for it. In the Edo period, it was popular to name programs using the same sounding characters, or using characters that have an odd number of strokes. As a result, the programs had names that couldn't be read properly. Now, they have nicknames for these programs. For example, the nickname for Miyakodori Nagareno Shiranami (都鳥廓白波) is Shinobu No Souta (忍の惣太).

11. There is an unspoken rule that a person dressed in black is invisible on stage. The people dressed in black are called kurogo kouken (黒衣後見). They move or hand props to the actors. The actors and the audience are not supposed to see them.

12. The play is set throughout with the rhythm of the hyoushigi (拍子木).

The hyoushigi is an important part of kabuki. They announce the start or end of the play, make rhythms to the lines of the actors, emphasize the sound of the actors' walking, and so on. Sometimes they hit the floor with the hyoushigi, which is called a tsukeita (ツケ板). Makeup of kabuki is distinct to the character. The less human the characters are, for example ghosts and demons, the more bizarre the makeup becomes. It emphasizes the muscles and veins of the face. Red is used for the good characters, blue is used for the enemies, and brown is used for demons or hobgoblins. This method of makeup is called Kumatori (隈取), as shown in the image above.

14. When the actor stops and makes a pose, it's the height of the moment, and it's not stopping the flow of the play. This stage direction is called Mie (見得). The actor makes a pose in the heat of the moment. It's something like a stop motion moment in a movie. Mie emphasizes the picturesque beauty of the whole stage, including the actor.

15. When somebody is shouting during Mie, it's not an insult, it's a praise! This act is called a kakegoe (掛け声). They are shouting the name of the actor, to praise the beauty of their acting. It is done by professional audience members. NEVER DO IT IF YOU'RE AN AMATEUR. The stage names are called Myouseki (名跡). The act of inheriting a name is called Shuumei (襲名). As the actors gain experience, they inherit more famous names. Most of the time, the blood child of the actor would inherit the name, but sometimes names are inherited by other people, regarding their skill and technique. When actors inherit famous names, they announce this on stage. Besides Myouseki, actors also have a Yagou (屋号), which is the name of the family. Kabuki music is either sung by a person, or performed by small drums, the Japanese flute, shamisen, and so on. Accompanied by the rhythm of the hyoushigi, as mentioned above, kabuki music is very unique.