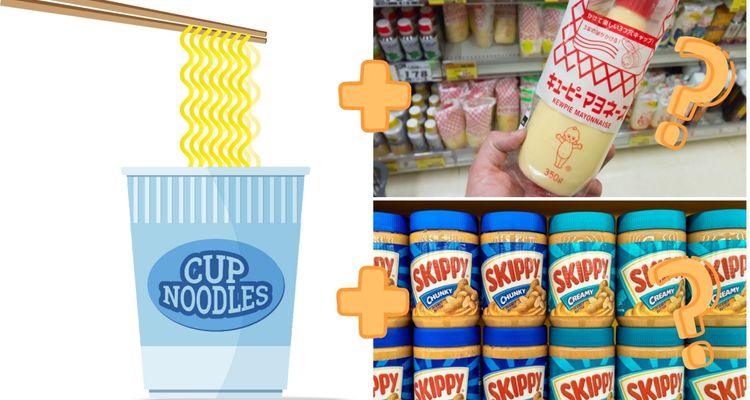 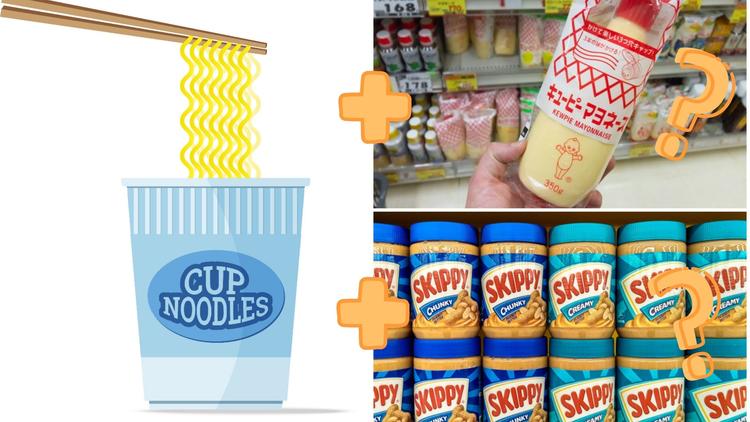 15 Things You Should Have With Your Cup Noodles

Japan is the land of cup noodles because where else can you find all sorts of flavored cup noodles. However, did you know that Japanese consumers are very creative too in their cup-noodle culture? Here in Japan we have found ways to add extra ingredients to make our cup noodles richer and more delicious.

Japanese cup noodles have found their way into pantries worldwide. There are all sorts of cup noodle flavors out there and you can easily get them at convenience stores and supermarkets. For most consumers, they will just add hot water to the cup noodles and have it as it is but there are quite a number of Japanese consumers that upgraded their cup noodles by adding in other ingredients to make it even more delicious. In this article, we will introduce to you some of those ingredients and which ones go well with which cup noodles.

This is probably the best selling cup noodles in the whole of Japan but naturally there are other types of soy sauce flavored cup noodles available too.

Even without the bonito flakes the accompanying seasoning will already give you a flavorful soup. However, if you want to make your cup noodles remind you of a bowl of piping hot ramen, we suggest you to add the bonito flakes in. Top the dry noodles with bonito flakes and then add hot water. You would be amazed at the results. The soup has more depth and you will probably even finish up the last drop of that flavorful soup.

It may look like a simple corn snack but Umaibo is actually a very popular Japanese snack and there are visitors that buy them as souvenirs to bring back to their family and friends. We recommend you to top your piping hot cup noodles with some corn soup flavored Umaibo but of course other flavored Umaibos are just as good. The crunchy Umaibo pieces will add texture to your cup noodles and if you close your eyes, it might seem as if you are having tempura with your cup noodles.

Often during summer in Japan, due to the high humidity and the scorching heat, many people would suffer from the loss of appetite and feel under the weather. Many Japanese people would turn to umeboshis during summer to help increase their appetite and from there came the idea of adding umeboshi to cup noodles. Try it because it really does make a great pick-me-up during the summer.

It is common to have salted konbu with onigiris or with cucumbers and cabbage. But did you know that it will go well with cup noodles too? For those that want more depth in their salt flavored cup noodles, we recommend you to add some salted konbu into it but do be careful cause naturally if you add too much of it, the taste would become overpowering.

If you have had yourself some Japanese soba, you would probably know that in Japan, we add some wasabi into our dipping sauce when we take our soba noodles. It will add the right amount of heat to the simple salt flavored soup but be careful because adding too much might cause some undesirable effects!

It might be rare to find miso flavored cup noodles outside of Japan but if you happen to find some back home, you might want to try the following recommended toppings to go with it. It works great with a wide variety of ingredients but you can also get creative and try it out with other local ingredients too.

Korean food is popular in Japan and although it is said that Japanese people can't really take spicy food, the number of Japanese that enjoy the distinctive spicy taste that one gets from Korean food, is increasing. Gochujang, which is commonly used in Korean food goes really well with miso flavored cup noodles. Add as much as you want into your cup noodles and you'll get a  delicious cup of Korean style flavored soup.

Add a teaspoon of curry powder into the cup noodles and instead of hot water, use warm milk instead. For a richer taste and to replicate Aomori's famous Miso Curry Milk Ramen, you can add some butter into it too!

This cup noodles offer a creamy seafood stock and is popular among female consumers. You can probably get the most creative with this one as it goes well with a wide variety of ingredients!

Along with the hot water, add in some warm tomato juice into your cup noodles. Once your noodles are done, give it a good swirl and have a sip of the soup but slowly because it is still hot. Doesn't it taste like a delicious bowl of Italian soup now?! Add in some shredded cheese for a richer flavor. Adding tomato juice to your curry flavored cup noodles is just as yummy!

Instead of hot water, use warm soy milk this time. Your seafood flavored cup noodles will not only taste better but soy milk is also a healthier and more nutritional option as it is made from soy beans.

Curry flavored cup noodles is good just by itself. It's fabulous as it is without having to add anything else but of course sometimes we need a little extra something to spice up our lives.

Before you have your next curry flavored cup noodles, go get a pack of shredded cheese. The ones that you use to top your pizzas will do too. So add your hot water in and then top it with the shredded chease, and leave your noodles to steep. Always remember to cover your noodles when they are steeping. When your noodles are done, swirl the melted cheese with the curry flavored soup and worship this cup of yummy goodness. You can also choose to use less hot water and add in more cheese for a richer taste. Adding shredded cheese into seafood flavored cup noodles is also recommended.

So they say that the secret ingredient in making an awesome curry is instant coffee powder. Just one teaspoon of it is all you need. The coffee powder brings out a rich deep flavor and we definitely recommend this to those that prefer to have more depth in their curry flavored cup noodles.

This is not recommended for the faint-hearted. There are also some Japanese, who are unable to accept this as edible. You can also add cream puffs into soy sauce flavored ones and miso flavored ones. The cream in a cream puff is a dairy product so adding it to your cup noodles would technically elevate your soup to a cream stew but of course we wouldn't argue with those, who think that cream puffs should be eaten alone as it is.

Make Your Cup Noodles Even Yummier

So what did you think of some of our recommendations? Japanese consumers are always coming up with innovative ways to make instant foods even more delicious. You should give our recommendations a try or find your own creative ingredients if you think you need to up your cup-noodle game.