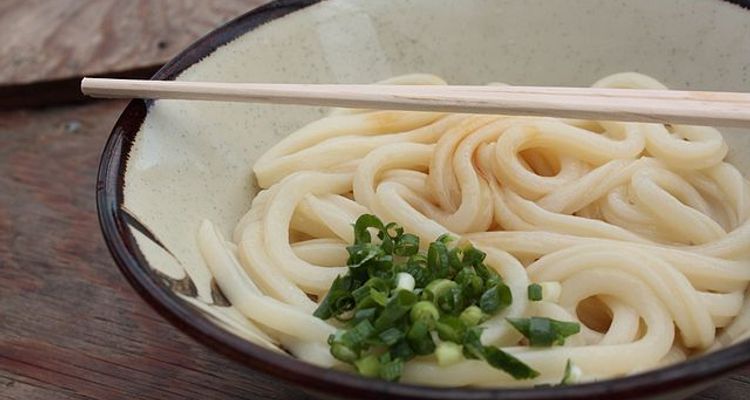 14 Dishes Not To Be Missed in Shikoku

Shikoku is famous for its temple pilgrimage route but besides that there are some local delights here that you shouldn't miss if you ever have the chance to visit this region. Hence, this article is all about the best 14 yummy delights that you can find in the Shikoku region. Kagawa is the one place in Japan that produces high quality flour and hence this prefecture is known for this udon dish. The udon noodles have the right springy texture and the delicious broth is made from fresh anchovies from the Seto Inland Sea. If you can't make it all the way to Japan for some authentic sanuki udon, we hear that there are now restaurants outside of Japan that serve some pretty good sanuki udon too!

Anchovies are added together to the rice grains before they get steamed. Some would add in seasonal vegetables in it too. This rice dish can be eaten throughout the whole year. The anchovies come in many sizes but we'll let you on a handy tip on how to know if you are getting fresh anchovies in your iriko meshi. Fresh irikos are usually shaped like the 'he' Hiragana character. The rain doesn't fall much in Kagawa and since the good old days, the people here would plant broad beans as a secondary crop. The beans are then stewed in sugar, soy sauce and paprika for a fragrant dish. As the cultivation of these beans requires a lot of effort, these stewed beans are revered and not to be missed during special occasions to pray for or to celebrate good harvest.

Hirara is a flat stone and it is said that this flat stone served as a natural hot plate in the past. So that is how this dish was founded. Ayuya, amego or other fresh-water fish were caught in the Yoshinogawa River and then grilled on the hirara stone with vegetables, tofu, konnyaku and other fresh ingredients.

Bouze is called differently in different places here in Japan. In Tokyo, they are referred to as Ebodai. In Osaka, Ubose. In Kita Kyushu, Sizu. Regardless of what it is called it is a yummy fish and here in Tokushima it is served on top of rice that has been mixed with vinegar and this dish is a must during autumn. Upstream of Yoshinogawa River, where Iya district lies, the water here is undeniably fresh. The temperature here fluctuates greatly and apparently such conditions are good for buckwheat. So here, you can find really good soba noodles that are slightly thicker than the usual ones and you might realize that they are shorter than usual too. It should not come as a surprise too that the broth used for their soba noodles are made of anchovies. 。 Katsuo, or as we call it skipjack tuna in English, is what makes Kochi famous. Traditionally, the fish would be seared using the famous warayaki method. This dish is meant to make diners think of the spring season in Tosa province. There are many variants to this dish but in Tosa, you'll notice that they will serve it with a generous amount of garlic and all sorts of condiments with their own special Tosa dressing. Shuto, a briny serving of fish guts is made from the guts of skipjack tuna that is low in fat content and is caught in summer. It is called shuto because some say that a bite of this local delight would make you want to start drinking right away. This is usually served with drinks. Jakoten is from Uwajima and this yummy fried thing is made from lizardfishes or haranbo fish. Be warned. A bite of this and you might not be able to stop. It's goes really well with drinks too. Satsuma is a delicious local delight found here that showcases really fresh sea bream served with barley miso. Grilled sea bream is mixed with roasted barley miso that has been pounded for its juice. This dish is usually served in summer with a bowl of hot steamed rice and apparently it helps in improving our appetites during hot summer days. Soy sauce and sugar is added to some rice flour, kneaded and then steamed to make this yummy Matsuyama delight. You might mistake it for the famous Aichi sweet, called Uiro but the taste is different because Matsuyama shoyu mochi uses soy sauce. In the past, this sweet delight was homemade but now you can purchase it easily to bring home to share it with your family and friends. This was originally a dish commonly found in Chinese restaurants here but in 2011, this dish won a food contest and from then on it has been known as one of the most delicious local delight in Imabari. It is not only delicious but you can get it for a really low affordable price. The dish is as what the name suggests. Hot steamed rice is topped with yummy grilled pork with sunny side up eggs.