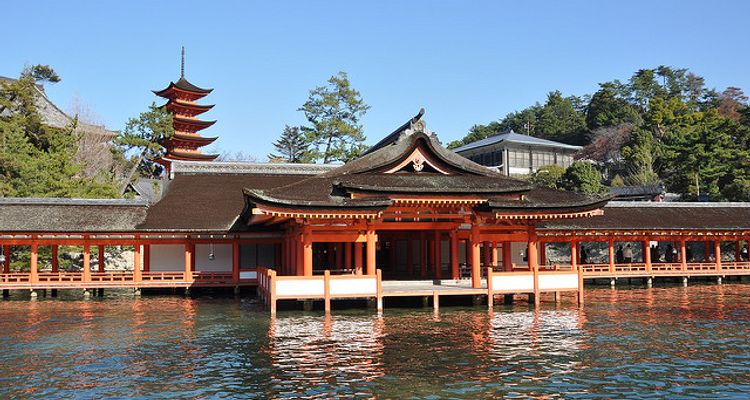 7 Places to Visit in Hiroshima Recommended by the Locals!

Hiroshima is gaining popularity with its warm climate, fresh seafood and mountain food. You can feel the history at World Heritage Sites, immerse yourself in the grand nature and be fulfilled with delicious gourmet. Let me introduce you the selected popular spots and things to do at Hiroshima. Atomic Bomb Dome, which is called the negative world heritage, is a symbol of the victims of atomic bomb, which was dropped for the first time in human history. There is a Peace Memoria Park across the river. You should go to the Atomic Bomb Museum in it. In spring, cherry blossoms are in bloom. For this reason, it is famous as a cherry blossom viewing spot. Sandankyo is a rarely-visited region easy to access from the center of the city. For this reason, local people often visit it. You can go down the valley extending for 16 kilometers by ship, while enjoying the scenery like a watercolor painting. If you walk on the promenade which is maintained and improved while breathing the fresh air, your tiredness caused by travel will be blown off. Miyajima is one of the three major landscapes of Japan, and it is a 10-minute from the mainland by ferry. It has many attractions such as Itsukushima Shrine of the world heritage, aquarium and ropeway. You can play with deer while eating its specialty "Momiji Manju". It is also fun just to walk there leisurely.

Speaking of Hiroshima wine, Sanji comes first. It is also famous as a summer resort because of cool climate. You can see the wine storehouse freely, and also see vineyard depending on the season. You can enjoy tasting of wine and finding your favorite wine, or barbecuing using Hiroshima cattle and locally produced vegetables. You can take your family there. Yamato Museum is a museum enjoyed by adults as well as children. Kure, the city which the museum is located, has flourished with the shipbuilding industry and supported Japan's industrialization from the Meiji period. It displays the Battleship Yamato, the largest battleship used during WWII, its history and shipbuilding technology. There is a data library of the Maritime Self-Defense Force, where you can enter a submarine which was actually active during the war.