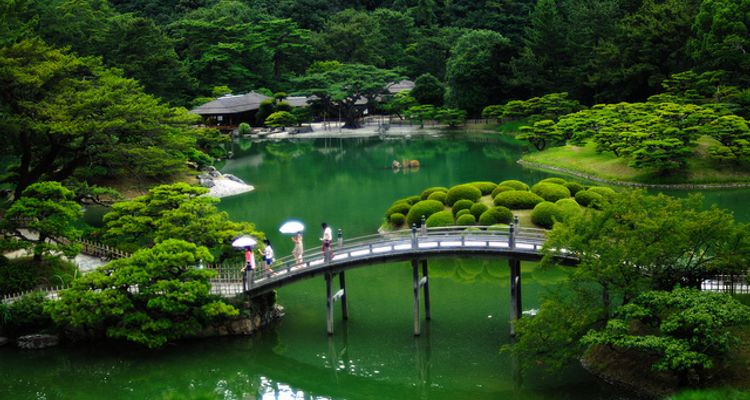 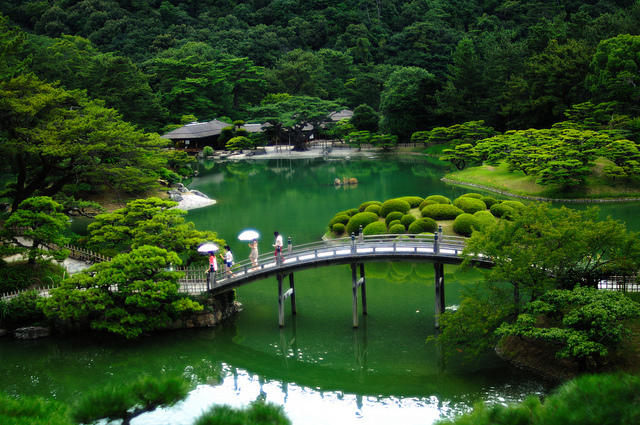 12 Historical Spots in Kagawa to Add to Your Bucket List

Kagawa is located at the northern east part of the Shikoku region and it opens out to the Seto Inland Sea. Kagawa is where you will be able to find the Great Seto Bridge that links the Chugoku region with the Shikoku region. Here you will not only get to fill your tummy with yummy udon as this prefecture is known as udon heaven, but you'll get your fill of historical places that are truly worth visiting.

This shrine is locally known as Konpira-san and the deities housed here are said to protect those who are out in the sea. So, it wouldn't be surprising to see fishermen, sailors and even the navy coming here to pay their respects. In fact, every year there is a memorial service here for the brave men that sacrificed their lives out in the sea. 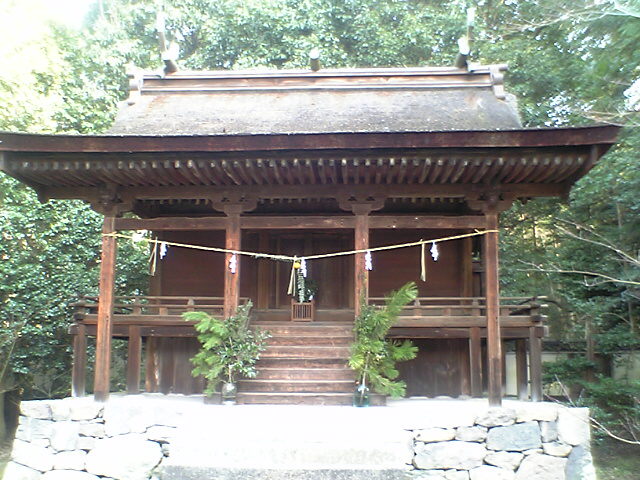 This shrine is not as big as the major ones that we can find in Japan. It is built at the base of Mount Shiramine with the main hall built in 1219, making it the oldest shrine building in Japan and a recognized National Treasure.

66 is the lucky number for Unpen-ji in the Shikoku 88 Temple Pilgrimage route. Among the 88 temples, this is the temple that is located at 911m above sea level, the highest point of all the 88 temples. In fact, the path that leads to this temple that spans about 4.3km is said to be the most challenging one. For those who are not taking part in the pilgrimage but merely would just like to visit this temple, you can take the ropeway from the base of the mountain. Motoyama-ji is number 70 in the Shikoku 88 Temple Pilgrimage. The main hall was built in 1300 and is a National Treasure. In 1896, the temple grounds welcomed a 5-story pagoda which is a welcomed addition in the Shikoku region as most temples in this region rarely have pagodas. Hence, this pagoda has become quite a superstar and an unofficial symbol for Motoyama-ji. 。

This temple is the 75th stop in Shikoku's 88 Temple Pilgrimage. Zentsu-ji was founded by Kukai's father at the birthplace of Kukai. You might be wondering who Kukai is. Kukai is the Grand Master that spread Buddhism in Japan. Around 804, after his Buddhist training in China, he came back to Japan to share his wisdom and knowledge. Without Kukai, Japan wouldn't be the country that it is today, rich in Buddhist teachings and culture. 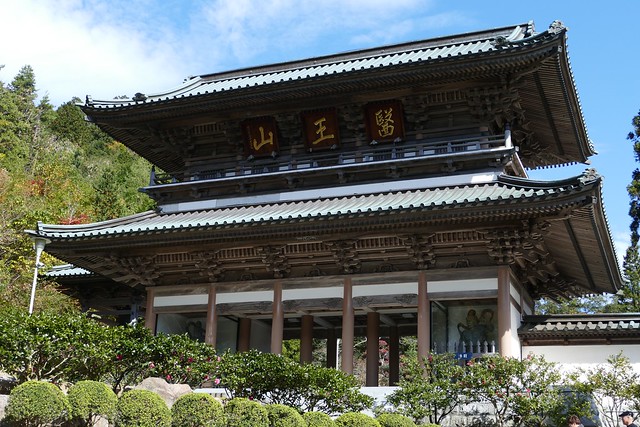 Okubo-ji is the temple that welcomes you at the end of the 88 Temple Pilgrimage Route that spans for 1400 km! Dedicated pilgrims that finished their journey would leave their staff here and the temple will hold a ritual to burn the staffs, twice a year. Takamatsu Castle is quite a special one of all the castles that we have in Japan, because it was originally built right by the coast as a fort for the navy but right now there is a highway that separates the castle grounds from the sea . As it is right next to the sea, sea water is pumped into the moat and you'll see sea breams swimming in schools.

15 minutes on foot from Takamatsu station. Marugame Castle that spots a beautiful tower was built around 1660. It is built upon Mount Marugame at 60 m above sea level and you'll be taken back by the majestic stone walls that are 4-stories high, making it the tallest castle wall in the whole of Japan!

23 minutes on foot from Marugame station. This grand bridge was completed in 1988 and before the 10 km bridge was around, the only way to get from the Chugoku region to Shikoku region efficiently was through boats and ships. With the bridge up, the transportation system between Chugoku and Shikoku greatly improved and the economic cooperation between both regions prospered. There is a special park to commemorate the bridge too and you can get a majestic view of the bridge from the Great Seto Bridge Tower.

15 minutes by taxi from Sakaide station. This is a sight to be seen and something that you might not be able to find anywhere else in the world. It is a giant sand coin in the middle of Kotohiki Park in Kan'onji City. If you climb the small hill in Kotohiki Park, you'll be able to catch a good view of the coin. The locals believe that to free yourself from any financial burdens, you'll have to come here to see the sand coin once in your lifetime. Some say that coming here to see the sand coin will give you all the luck you need to strike it rich with the lottery!

20 minutes on foot from Kan'onji station. This beautiful Japanese garden was built during the Edo period and was awarded with the title "Special Place of Scenic Beauty". There are 6 ponds in this 75 hectares of Japanese beauty with manmade rolling hills. The garden changes with each season and even Japan's Michelin Green Guide states that this 3-star garden is worth the effort, time and money! It would be blasphemy if you ever met a Japanese that doesn't know of this place cause this serves as the backdrop of Japan's most famous and well-loved folklore "Momotaro". This cave is on Megijima Island and it is 4 km from Kochi City. Step right into the cave to visit the residence of a famous Japanese Oni.

By ferry to Megijima Island from Takamatsu Port.