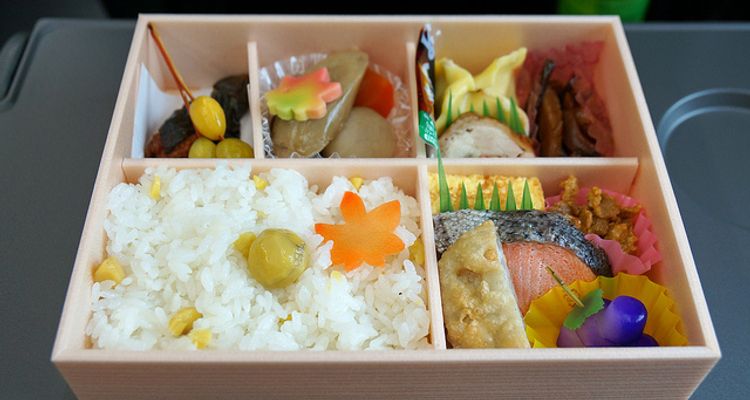 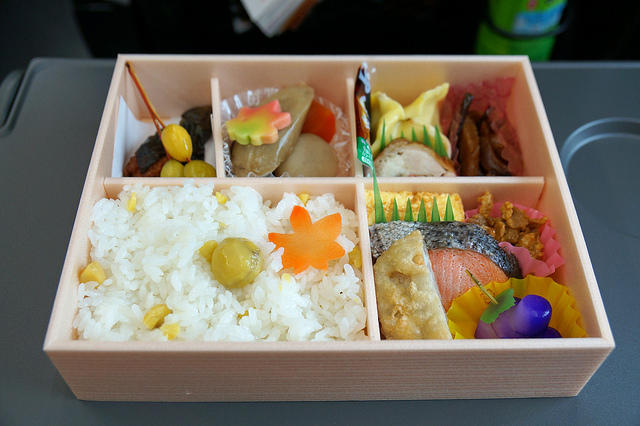 Special lunch boxes called Ekibens are sold at the every Shinkansen station and at some major stations, where long-distance trains make their stops. There are some ekibens that can only be bought at certain stations only, creating an even greater demand for it. In this article, we'll show the best 12 ekibens in Japan.

In Japan, there are many different long-distance train services including the bullet train that are used for both business and travel purposes.

One of the highlights of traveling long distances within Japan by such trains would have to be the Ekibens. You would probably have guessed that the "ben" in "Ekiben" would be referring to the "ben" in "bento lunch".

You can buy the ekiben from the shops within the train station or in the train itself. A set of rice balls accompanied by some side dishes would be the typical ekiben that you will generally find but there are also special ekibens that can only be found in certain locations or stations that highlight their local produce.

In this article, we'll introduce a list of must-try ekibens! Be amazed at the generous portions of flaky salmon meat and roe that has been spread on top of a bed of Japanese rice. This ekiben has been sold since 1923 and it is still well-loved to this day. This ekiben is sold at ¥1000. Introduced in 1941, this ekiben has made a name for itself and is now one of the most bought ekibens today. A whole squid is stuffed with rice and broiled in soy sauce and coarse sugar. This seafood delight can be bought at ¥500. This ekiben is a serving of the finest mackerel and red salmon sushi caught from the adjacent sea, cooked and made into pressed sushi. This is sold at ¥1100. There are only 5 of this available daily and this ekiben serves you a big serving of carp stewed in a sweet and spicy marinate.

In Japan, the only places that eat carp are Nagano's Saku district and Yamagata's Komezawa.  Carp is a great source of protein and highly nutritional. It does however contain more bones than other fishes, so you might want to be careful when eating it. Although carp is generally not cooked and served in Japan, it offers great flavours and goes well with rice. This ekiben can be bought at ¥1300. This ekiben showcases one of the many Niigata's famous local dishes, which is grilled salmon that is glazed with a secret sauce. This ekiben is sold at ¥1050. This popular ekiben has been around for a long time. Side dishes that have been stewed well are arranged carefully on top of the rice, allowing some of its juices to flavour the steamed rice too. This ekiben will not only fulfil your culinary demands, but because it is sold in a claypot, it makes a great souvenir to bring back home. This ekiben is sold at ¥900. This local product from Toyama is famous throughout the whole of Japan. The sushi is wrapped with a big leaf from a type of bamboo variant called Kumazasa.  It is said that in the Edo period, Tokugawa Yoshimune from the Hachidai Shogun praised the dish for its right balance in flavours with the right amount of vinegar. This ekiben can be bought at ¥1400. This long-selling ekiben began in 1937 and showcases a rich trout that is appealing in sight and taste. In one bite, you will get to taste its richness as its flavours fill your mouth. You might one to get more than one of this, cause once you pop one into your mouth, you really can't stop! One of this will cost you ¥1100.

This ekiben made its debut in 1959 and it pairs two favourite local ingredients together; the well-known Wagyu beef from Japanese black cattle and Mie's locally grown koshihikari rice. Now as we all know, ekibens are not served piping hot and you might wonder how this beef dish that is served cold would taste, but you would be pleasantly surprised! The meat is tender and still captures its flavours well. That probably is the reason why this ekiben is still so popular after so many years. This one can be bought at ¥1350.

This ekiben is a first of its kind in Japan that offers crab sushi in a octagonal box. The container is meant to represent a crab's shell and is filled abundantly with succulent crab meat from homegrown crabs. This popular ekiben cost ¥1010. Once you remove the cover of the box, be prepared to be mesmerised by the colours of the shredded chicken meat, omelette and seaweed that has been carefully arranged on the rice. The rice is steamed with a special stock that is flavourful and will definitely make you begging for more. This ekiben can be bought at ¥770.  。 It was first sold in 1953 and it still maintains its fine taste even after so many decades. The rice in this ekiben is steamed with a tasty stock  and this whole set truly captures Miyazaki's food culture and will satisfy your culinary needs. This one is sold at ¥760.