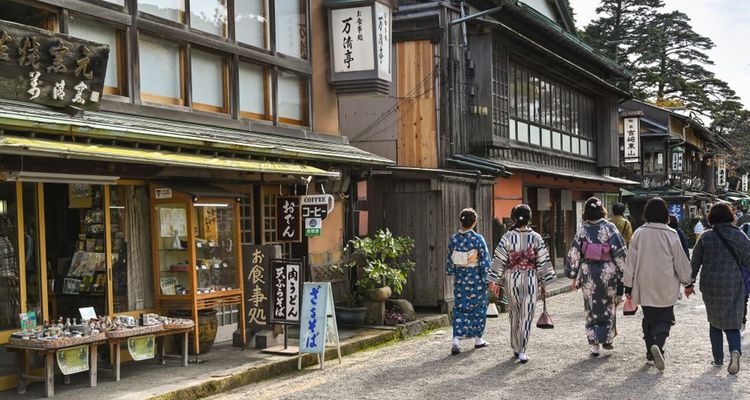 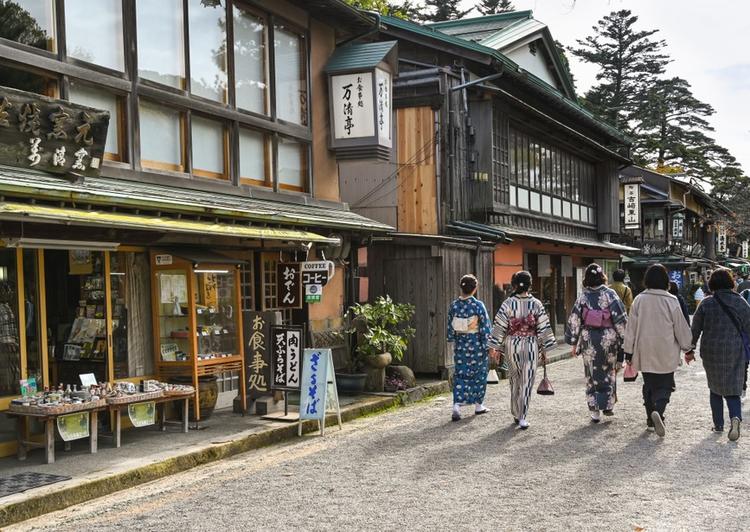 11 of the Best Tourist Spots in Kanazawa, the City Filled with Japanese History and Culture

Looking for things to do and places to see in Kanazawa City, home to famous tourist spots like Kenroku-en and the 21st Century of Contemporary Art, Kanazawa? This historical city was once home to the fiefdom of Kaga during the Edo period (1603 - 1868), and even today, Kanazawa City has benefitted as a result of this. This article will introduce you to the whole range of experiences to be had in Kanazawa, from typical must-see sights to unique experiences that'll have you learning plenty about Japanese culture!

Kanazawa Station is now even easier to get to, owing to the opening of the Hokuriku bullet train. The melody played when a bullet train takes off was composed by a musician from Kanazawa and leaves the listener with a feeling of exquisite resplendency. On non-bullet trains, a melody played on the koto (traditional Japanese stringed instrument) can be heard.

Once you exit the station, your gaze will be drawn to the drum-shaped gate and the massive dome. The gate is made from Douglas fir and it takes the shape of two drums typical of traditional Japanese Noh theatre laid side by side. The Motenashi Dome is created with aluminum alloy with a truss pattern and has a glass covered roof that allows you to exit the station without getting wet.

Moreover, at night time the gate is lit up, drawing out the warmth of the colors of the Doughlas fir and the impactful beauty of its curvature.

Along with Kairaku-en in Mito and Goraku-en in Okayama, Kenroku-en is one of the Three Great Gardens of Japan and was built by generations of Kaga feudal lords down through the years. Its name Kenroku-en (The Garden of Six Features) comes from the six qualities to which all gardens should aspire to and which are found here in this garden. The park is located in the center of Kanazawa City and owing to its status as a garden that can be enjoyed regardless of the season, it is visited not only by the Japanese people but also by people from all over the world. In the center of the garden, you can find the Shigure-tei teahouse where you can enjoy a cup of green tea with some traditional Japanese sweets.

This teahouse is located inside the grounds of Kenroku-en and is a popular tourist attraction. You are able to visit it for free, but why not take a moment to relax in the splendid atmosphere of Shigure-tei with a cup of tea? You can enjoy a cup of sencha (green tea) with traditional Japanese sweets for 310 yen or a cup of matcha (powdered green tea) with fresh Japanese sweets for 720 yen. The fresh Japanese sweets were created in Shigure-tei and are changed in and out to match the seasons. Your experience will be made even more special if you listen to an explanation of the history of the building while enjoying your green tea and Japanese sweets!

Kanazawa Castle was built in 1583 just after Maeda Toshiie moved into it. It is attached to Kenroku-en and Oyama Shrine. After a thunderstorm in 1602, the castle tower was destroyed and was never subsequently rebuilt. Must-see sites at the castle include Ishikawa Gate, which was rebuilt in 1788, and the recently restored Hashizume Gate, Kahoku Gate, and Gyokusen'inmaru Garden that were faithfully reconstructed leveraging ancient illustrations for historical accuracy.

The stone walls that are found on the castle grounds are another particularly remarkable feature. They are designed to blend in with their surroundings, be it at the entrance to the park or the gardens. The numerous restoration works that have taken place on them over the years have given rise to a number of different stone walls, causing the castle to also be nicknamed "the museum of stone walls".

These restored buildings are found on the grounds of Kanazawa Castle and can be accessed for a fee. The Hishi and Hashizume-mon turrets were used as watchtowers, and the Gojukken Nagaya was used as storage for weapons. The Hishi turret is built into the shape of a water chestnut and the floor, pillars, and ceilings are also made in this shape. This type of architecture is rare to find anywhere in Japan, and thus it showcases the high level of technique required to actualize it. It may be difficult to recognise the shape from viewing the building from the outside, however, you will be able to feel it if you enter the building and look up at the ceiling.

Inside the buildings, there are exhibits with 3D models of the structures and also explanations of how they were constructed. It is also highly recommended to take in the view from the 3rd floor viewing deck, which offers a view across the city, stretching out from the castle grounds.

This shrine is dedicated to the ancestors of the feudal lords of Kaga, Maeda Toshiie and his wife Omatsu. The shrine gate is immediately visible once you pass through the entrance archway. The gate combines Western, Japanese, and Chinese elements, and has become a symbol of Kanazawa.

The first level features an andesite chamber stone sourced in Kanazawa, giving the gate a slightly red color. The third level features a window with a type of colored glassware. Inside the shrine, the armor, helmet, and sword of Toshiie are enshrined, with an imposing statue of Toshiie and Omatsu on the shrine grounds.

The fiefdom of Kagu is considered to be the place where Maeda Toshiie and his son Toshinaga are said to have learned the art of tea from the master Sen Rikyu, which in turn caused a boom in the teahouse business in the area.

There are three different teahouse districts in Kanazawa: Higashi Chaya, Kazuemachi Chaya, and Nishi Chaya. These districts do not solely offer visitors teahouses where they can enjoy a drink with some traditional Japanese sweets; they are also home to high-class restaurants. Furthermore, visitors have the opportunity to experience Kanazawa's unique culture for themselves via kimono rental shops, shamisen workshops, and Kaga-style fabric dyeing sessions.

At the Ishikawa Local Products Center, visitors have the chance to buy souvenirs and also get a bite to eat. Some people like to come here after visiting Kenroku-en. On the first floor, customers can purchase souvenirs from famous stores. There are 6 different types of experiences on offer on the other floors, such as a make-your-own Japanese sweets workshop and a matcha session, as well as exhibitions about traditional crafts and Japanese sweets.

On the first floor, there is a fruit and fish market. Restaurants are on the second floor and you can find further eateries like a bakery and ramen shop housed in the basement floor. The market stocks seafood perfect for souvenirs, and the second floor lets you sample the delights of the local cuisine.

This museum houses pieces of modern art, architecture, and handicrafts from around the world, featuring not only inanimate objects but also creations made from plants. The building is cylindrical with glass on the sides, allowing light to pass through the building and giving it a more open feel. There are also exhibits on the lawn of the building into which you can enter and enjoy making noise within.

The "Swimming Pool" created by Leandro Erlich can be enjoyed by people of all ages. This pool is dug into the ground and from underneath the surface of the water, you can see the shadows of people above who have come to see the attraction, subverting the natural order of an art exhibit.

The jewel of Kanagawa is the Hyakumangoku Festival held in the city every June. The ancestors of Maeda Toshiie moved into Kanazawa Castle on June 14th, 1583, and this festival celebrates the outstanding acheivements that led to the foundation of the city. The festival has risen to national prominence since it has become the custom of organizers to appoint an actor to play the role of Toshiie, who heads the procession.

During the festival, the road between the East Exit of Kanazawa Station and Kanazawa Castle is closed to give way to the procession. It is not just Toshiie and Omatsu that you can see at the festival parade; you can also witness a musical procession and lion dancing, as well as firefighters performing acrobatics on bamboo ladders. Moreover, there is a large-scale dance event that tourists can participate in by learning the simple steps, as well as a large-scale tea ceremony event.

Experience the Fiefdom of Kaga!

For those who didn't know too much about Kanazawa before, do you feel more prepared for your trip now? More than simply experiencing the culture with your eyes, if you really get hands on with the cultural practices, you can truly learn to understand the essence of Kaga. How about making the trip to Kanazawa on your next vacation?