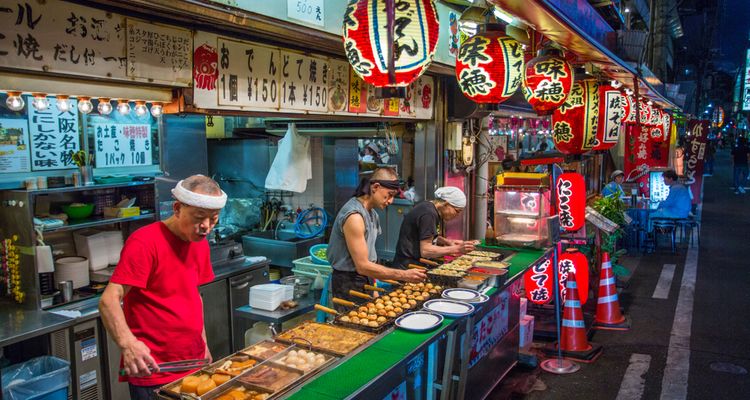 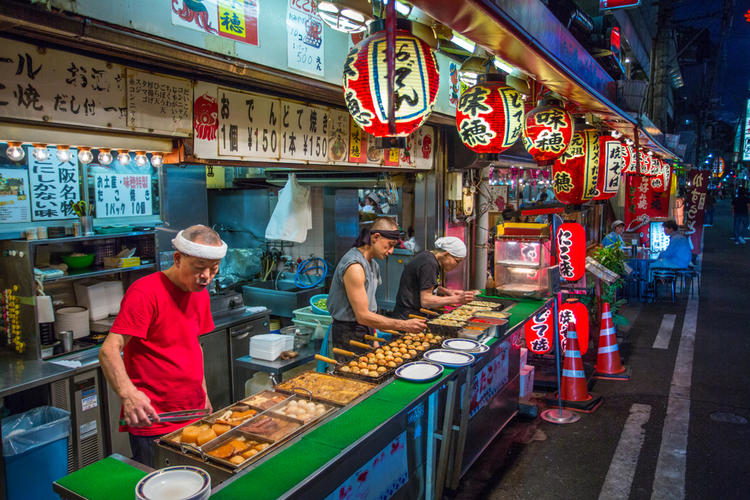 10 Types of Restaurants You Will Find in Japan

Dining in foreign country could be difficult if you do not understand the dining styles available. In Japan, if you do not read Japanese, restaurants’ signage could look like a beautiful drawing rather than telling you what they serve. Let’s us give you a quick glance at the restaurant types available in Japan, so that you would not look like a lost puppy when you walk in an eatery in Japan. No one will mistake a sushi-ya for another eatery. Many chain sushi-ya in Japan offer the “meals-on-wheel” bar. A quick note on sushi-ya – all sushi-ya will hang out a noren (half-curtain) with the restaurant’s name on it when it is open, and when the noren is not visible, it means they are closed. Unagi (eel) and dojo (loach) are one of the most important fishes in Japanese cuisine. Both fishes are usually served in the same restaurant, but there are some traditional restaurants which only specialize either in unagi or dojo in order to deliver the highest quality of food. This is a high-end traditional Japanese cuisine restaurant, which is not the most famous among the tourists. Dining in Ryotei are usually required advance bookings. The restaurants are usually non-eye-catching and you will find morijio (a mound of salt) which significant prosperity to welcome their guests. Sukiyaki is one of the most famous Japanese meat dishes. Sukiyaki-ya is considered as high-end eatery which is famous among the businessmen. However, in recent years, cheaper Sukiyaki-ya can be found around big cities in Japan such as Tokyo. One of the most common eateries in Japan, soba-ya is an affordable Japanese noodle house available almost everywhere in Japan. Another common eatery, tonkatsu-ya (port-cutlet restaurant) is also known for its fast service and affordable pricing. The restaurants also offered other fried items such as furai (fried vegetables and seafood in batter), korokke (fried croquettes) and kushi-age (meat and vegetables fried on skewers). Usually found around entertainment districts, yakitori-ya is a restaurant that offered liquor and finger foods. The restaurants usually will hang a big red paper lantern (known as aka-chochin) outside to attract customers. You can also call Okonomiyaki-ya as a pizzeria in Japan. They basically served Japanese pancakes / pizzas and are famous in Kansai region especially in Osaka. Oden is a type of winter food in Japan where several foods such as eggs, fishcakes and vegetables being boiled in soy-flavoured broth. In another word – a Japanese style steamboat. In Oden-ya, you will be able to eat this hotpot all year round. The restaurants are usually small, so make sure you keep an eye on the surrounding if you wish to dine here.