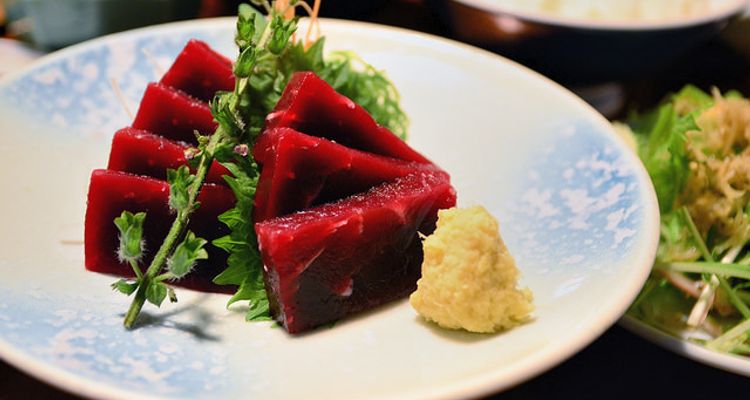 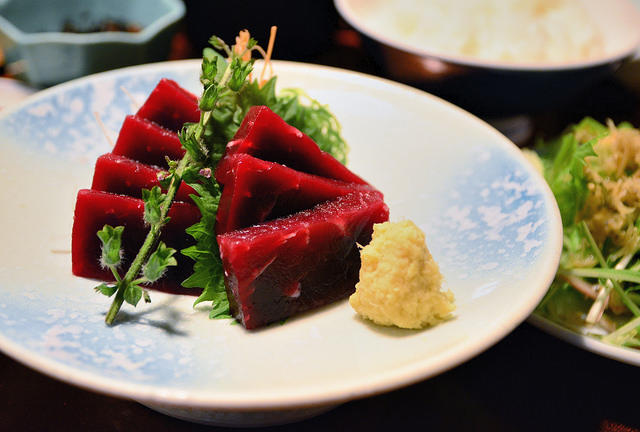 10 Restaurants in Tokyo for Stamina-boosting Food!

Japanese cuisine is known to be one of the healthiest in the world and many would look east to mimic the Japanese way of eating. Come and find out the top 10 dishes that the locals depend on during hot muggy summer days. Kishidaya has been around for more than a century and it first started off as a liquor store. One glance at its appearance and you might think that it is just a simple Japanese neighborhood cafeteria but this place is actually a very famous, popular Japanese izakaya in Tokyo's Tsukishima. There's always a long queue in front and it was also featured once in a comic. So what do the locals here usually have? This place is well loved for their "motsunabe" which is a hot steaming pot of offal stewed in soy sauce broth. Some may cringe at the thought of having offal but once you pop some of the stew here, you'll come back for more. Besides motsunabe, they have fresh seafood too. When it comes to the west exit of Shinjuku station, everyone thinks of Omoideyokocho. It's narrow alleys are lined with many restaurants that will bring you back to the good old Showa period. But in case you don't have time to head to Omoideyokocho, you should come to Kabuto that was built in 1923 and it is known for their grilled unagi. This is not your typical unagi restaurant where they serve a layer of succulent unagi meat on rice. Here unagi is cut into bite-sizes, grilled and served on a stick. Built in 1897, Minoya sure has been around for a long time and they are still as famous and popular as ever for their "sakuranabe". This stew is not made of pretty sakura flowers but it is a pot of yummy tender horse meat. You can also try raw horse meat here but if you are looking for the usual proteins, they have pork stew and so forth. Meat here is served fresh and of the highest quality. In other words, if you are a horse-meat beginner, you don't have to worry about tough and gamey meat at all. This store has a history of more than 2 centuries and no, we didn't misspell "roach". "Loach" is a type of fish that resembles an eel. Loach stews became popular in the Edo period. To truly have a blast-to-the-past experience here with your loach stew, we recommend that you request to be seated on the mats and not at the tables because in the past, that was how the locals had their loach stew.  Besides loach, you can also have whale meat, catfish and carp dishes. 。 In the middle of summer when the heat is unbearable, many Japanese would have unagi as it is said that eel would help with the summer lethargy. But way before it was unagi, freshwater clams were what the locals would have in summer. Freshwater clams or shijimi is said to be good for the liver and carries many other health benefits. Enough said. We think it's time for a bowl of hot shijimi ramen. Located 5 minutes from Ryogoku station, this restaurant does not take their wild boar, deer and bear meat lightly. Locals would fondly call wild boar meat, "peony" because of its popping colors with its dark red meat and white fat. You can have it as a sukiyaki stew with a cup of Japanese sake. The tender meat will satisfy your taste buds and pick you up after a long hot day. Since ancient times, when food was scarce, people would depend on wild yams that grow well in the wild for nutrients. Wild yams are known to help with digestion and for their anti-aging benefits. Come try this miracle food at this restaurant. The menu here offers a wide range of dishes that highlight its taste. Mochi or rice cakes are everywhere here in Japan. You can buy them at convenience stores anytime of the day but have you ever had freshly made mochi? Here you can have freshly made mochi and mochi is a great pick-me-upper because it is rich in good carbs. Some Japanese athletes swear by mochi as their energy bars but you can come here to savor yummy mochi without even being an athlete. The menu here offers mochi in both sweet and savory flavors. Ganso Kujiraya has been around for many many years and this restaurant that serves one of Japan's many traditional cuisine is actually located in the busy lively Shibuya area. They specialize in whale meat and they use every part of the whale to make really delicious dishes. Come here to understand the whale meat culture that has been around in Japan since ancient times.