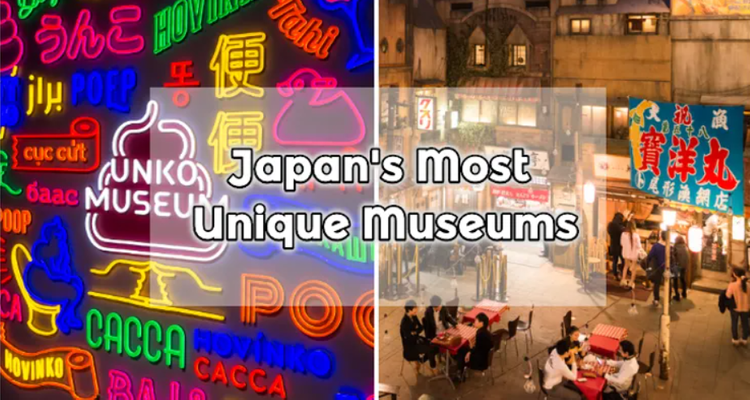 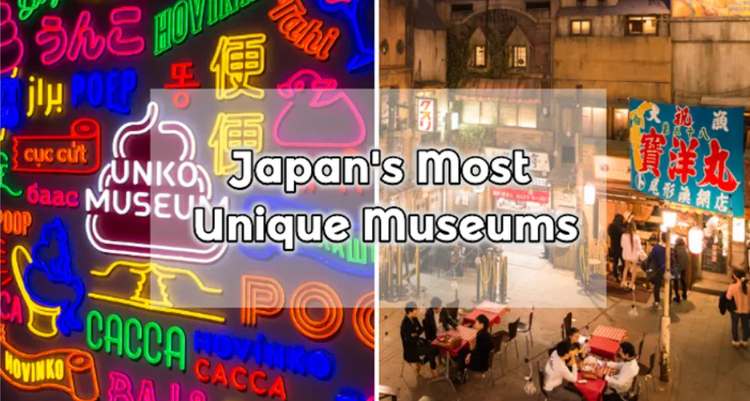 There are basically two Japans: the dignified, traditional one, and the offbeat and quirky one. You can easily find this quirky side of Japan in one of the country's many eccentric museums. In this article, we’ll be introducing the top 10 such facilities, with museums dedicated to everything from toilets to internal parasites!

Love ramen? Japan does, too; so much, in fact, that it has an entire museum dedicated to it! Located in the Shin-Yokohama district of Japan’s second largest city, the Raumen Museum has been hailed as the world's first food-themed amusement park.

The ground floor houses a museum shop and gallery that explains the history of ramen noodles in Japan, but the real treat is on the lower levels, which have been thoroughly transformed into Japan of days past. Modeled on a Tokyo downtown area from the Showa Period (1926 – 1989), the museum really tries to sell the illusion that it has transported its guest back in time. This area has authentic-looking building facades, posters, and old-timey music as well as air-raid sirens being played throughout.

Most importantly, you can try ramen from famous restaurants all over Japan at the different satellite branches located here! Try famous Fukuoka-style tonkotsu ramen or Rishiri kelp ramen from Miraku in Hokkaido, which is known as Japan's most remote ramen restaurant.

If you can’t visit the museum in person right now, enjoy their video tours and ramen manuals instead.

No Japanese kitchen is complete without Kewpie brand mayonnaise, easily recognizable by its iconic plastic bottle and red cap. The Kewpie Mayo Museum (also known as the Mayo Terrace) is dedicated entirely to this one particular condiment brand.

From the outside, the modern architecture of the Kewpie Museum almost makes it look like a facility dedicated to fine art, but on the inside, it’s all mayo, all the time. You can walk through a gigantic mayo bottle, watch mayo being made at the museum factory, learn about the condiment’s history, and even create your own original mayonnaise dips. The museum is more geared towards children, but its unique and fun subject matter makes it a good family destination.

Love of poop humor is something that connects people all around the world, and Tokyo’s Poop Museum is a place that explores this fascination to the nth degree.

The museum is really more of an interactive art space that entertains and makes us laugh, but below the surface, it also makes us think. Why do we find poop funny? Why are we OK with poop-shaped desserts? Why is poop even funnier when you put googly eyes on it? Visit the museum yourself and ponder those questions for yourself in between playing games at the “Crappy Arcade” or buying one-of-a-kind souvenirs at the “Poop Factory” store. The “Unstagenic” area also offers plenty of great opportunities for original, poop-themed social media photoshoots.

Don't have time to visit? You can see the above exhibits and more on the Poop Museum’s virtual tour!

Japan’s fascination with waste doesn’t end with the Poop Museum; it also has a Toilet Museum!

The Toilet Museum is a facility in Fukuoka, Kyushu, operated by TOTO, one of the largest toilet manufacturers on the planet. Toilets are something that many of us take for granted, but this piece of sanitation technology has gone through amazing changes in the last few decades. Examples include stain-free toilet bowl materials that make cleaning easier, innovative flushing systems that use less water, or the increasingly popular bidet function. All of those were, if not invented by TOTO, then at least perfected by the company.

The museum consists of four exhibition rooms showcasing the history of TOTO, breakthroughs in toilet history, as well as the possible future of the porcelain throne. The museum shop is also a great place to stop by, as it sells original TOTO goods that you won’t be able to find anywhere else.

A short video tour of the museum is available here.

The great thing about Japan is that it’s a master at taking the ordinary and making it “cool.” Case in point: the Tobacco & Salt Museum, dedicated to two things that you can easily buy at the store now. But it wasn’t always like this.

Tobacco and salt were once incredibly hard to come by and quickly became so precious that the Japanese government had a monopoly on their production and sale. And yet, they became an integral part of Japan at large, influencing the country’s society, technology, and art. Today, the museum’s collection includes 36,000 historic items ranging from ukiyo-e paintings depicting 18-19th century Japanese enjoying a smoke to tribal salt bags from Western Asia and famous pipes throughout history.

Most people tend not to think about the sewers, for obvious reasons. But Tokyo, being one of the largest cities on the planet, has to constantly concern itself with sanitation, which is why today they boast an incredibly complex sewage system. You can learn all about it at the Tokyo Sewerage Museum, operated by the Tokyo Metropolitan Government Bureau of Sewerage.

At the facility, guests can put themselves in the shoes of sanitation workers by manning sewage pumps, monitoring pipes, and learning the science behind water analysis. The museum is totally free and is a great way to spend the afternoon for the whole family. Virtual tours of Tokyo's sewerage systems, using VR headsets, PCs, smartphones, or tablets, are also available.

This museum is definitely not for the faint of heart. Before you plan a trip here, make sure that your curiosity isn’t getting you into something that your stomach can’t handle, because at the Meguro Parasitological Museum, you’ll find over 60,000 specimens of insects, worms, and other organisms that reside inside or on other species. The first floor is dedicated to animal parasites while the second floor exhibits specimens found in humans, including a 9m-long tapeworm. One visit here and you may not be able to enjoy a rare steak ever again.

Entrance is free, but since this is a small private research facility, donations are always encouraged.

※Closed for the time being.

Love dolls aren’t something most people would bring up in conversation. But photographer Yoshitaka Hyodo sees love dolls as more than just literal sex objects. He considers them works of art, which is why he has transformed his two-story home in Saitama into Japan’s first and only love doll museum. Although that’s not what the proprietor calls it. The literal name of this facility is actually the "Yashio Hidden Treasure Museum", and Hyodo definitely treats it as such, changing the decor and the layout with care and devotion according to his artistic whims.

In the past, the first floor was military-themed, while the second floor had a hospital motif. What will it be by the time you visit it yourself, though? Nobody knows, and that’s part of the fun. The Love Doll Museum is open to the public only a few days a year. Details and bookings (which are mandatory) can be obtained by emailing Hyodo at hey@mbc.nifty.com. Unfortunately, all the inquiries have to be made in Japanese.

The Criminal Materials Department at the Meiji University Museum in Tokyo focuses on “Law and People, Crime and Punishment,” but what really draws people to it is definitely the Punishment part. The museum showcases a variety of torture and execution implements from across history. Some of their exhibits include the guillotine, the famous Iron Maiden, and the crucifixion cross.

You will also find plenty of historic wood-block prints depicting many different forms of punishment from the Edo period (1603 – 1868). Due to the extreme content of some of the exhibits, this part of the museum is not recommended for younger visitors or the squeamish.

A can’t-miss destination for all cat lovers, the Cat Museum in Shizuoka allows guests to interact with all manner of felines, including alive and dead. It’s not as gruesome as it sounds. Over 50 domestic cats can be found in the petting gallery while the rest of the museum is dedicated to their cousins, featuring stuffed tigers and lions as well as skeletal replicas of extinct big cats such as the saber-toothed tiger and the fearsome cave lion.

The cat art gallery is also interesting, showcasing cat art that ranges from cute miniatures to mass-made toys and religious iconography. There are no official virtual tours of the Cat Museum, but a 2011 museum walk-through video is available to give you a sense of what to expect at this facility.

Japan isn't afraid to hide the less serious parts of its culture. Instead, it puts them on display in some of the most unique and fascinating museums that you’ll ever find. A lot of people have heard tales of “cool” and “weird” Japan, and if that’s what you want to experience during your visit to the country, then the above-mentioned 10 facilities are perfect for you. See them for yourself and never again think of museums as boring!