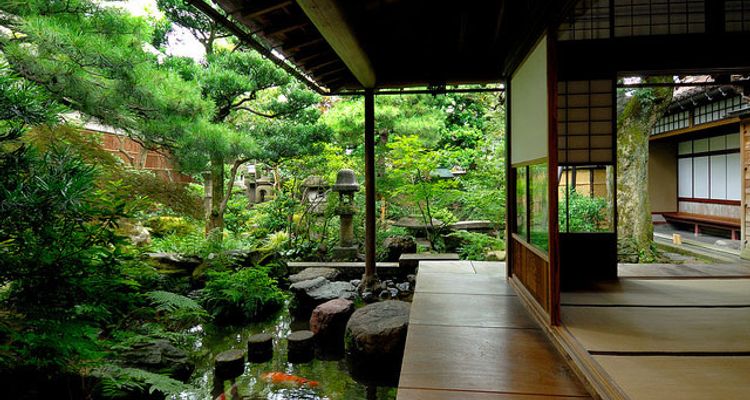 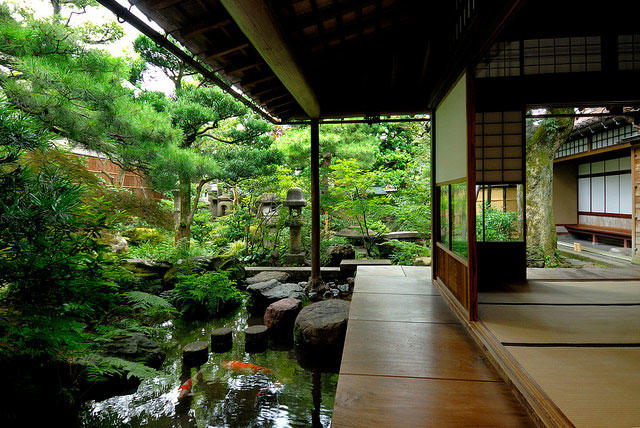 With the new Hokuriku Shinkansen, Ishikawa Prefecture is drawing attention from all parts of Japan. Take a look for the top ten recommendations.

Ever since the Hokuriku Shinkansen started operations from March 14th, 2015, Ishikawa prefecture is drawing even more attention than ever as a tourist attraction. Nowadays, more stores in Tokyo offer fresh food and crafts from Ishikawa under the Ishikawa brand. Take a look at Ishikawa’s 10 best locations to enjoy your stay there. In front of Kanazawa Station, there is a huge gate, namely the "Tuzumi-Mon", resembling a tutumi, or a hand drum used in traditional Japanese music. If you take a look at the East Plaza, there's the "Motenashi-Dome", designed to look as if a huge umbrella were greeting new guests to Kanazawa.

The "Tuzumi-Mon" and the "Motenashi-Dome" are symbols of Kanazawa Station.

Beneath the gates, there are information sections and a square.  One of the greatest features is that depending on the day or month, you get to see various kinds of events held in the plaza.

It's also the only station in Japan that was awarded as "one of the most beautiful stations in the world" by Travel＋Leisure in 2011! Situated in the heart of Kanazawa City, it is one of the three most outstanding gardens in Japan. Tourists from all over the globe flock to this authentic Japanese-styled garden, to enjoy the beautiful scenery and it's seasonal transition.

The origin of the name "Kenrokuen" comes from a classical masterpiece called "Rakuyoumeienki", scripted by Likakuhi (Li Ge Fei) from the Sou Dynasty.

Legend says that the garden was considered to have the following six characteristics: infinite, secluded, man-made, garden spring, and scenery.

Carefully trimmed and designed by Daimyos, or feudal lords, for generations and by unremitting seasons of nature, the garden possess a sublime yet beautiful landscape beyond description. Starting full-scale construction in year 1583 (Tensyou 11), it is said that they summoned Takayama Ukon, a renown Christian Daimyo, for guidance to build this beautiful castle. Visit in April, and you'll see pink cherry blossoms blossoming all around the castle.

Wooden historical artifacts such as "Gojyuugennagaya", "Hishi-Yagura", and  "Hashizumemon-Tuzukiyagura" are renovated for exhibition, so you can go in and see the interior.

Although these historical sites cited above require admission fees, if you just want to stroll around the park, it's free of charge! This area was nominated as one of the Important Preservation District of Historical Buildings by the Agency of Cultural Affairs of Japan in 2001. Even now, it still keeps trace of its past, as its old wooden houses are decorated with Kimusuko, or hand-craft wooden latticed bay windows. The locals call the market " the kitchen of Kanazawa".

Businesses ranging from restaurants to manufacturers, and even financial institutions gather, and you get to eat the best dishes in Kanazawa as much as you wish. Why not search for your ideal gift at this lively marketplace? The ideal destination to purchase traditional crafts such as Wajimanuri, glass handicrafts,and washi, or Japanese paper. This temple was founded during the Edo period.

Inside the temple, there are numerous contrivances equipped, such as secret chambers, hidden staircases, pitfalls, and places for autopsy, or Seppukunoma in Japanese.

A four story building with 23 rooms and 29 staircases consisted with 7 layers, this complicated complex is called "the Ninja Temple". The Wajima Morning Fair is counted as one of Japan's Three Biggest Morning Fairs, and has a long heritage of over 1000 years.  Since the sellers tend not to put price tags on their products, they purchase the goods by negotiation. This is the traditional way that has kept on fascinating buyers and sellers alike for over a millennium. This is a mansion that was used to be owned by Nomura Denbei Nobusada,  a magistrate of the Kaga region. The house site is now open to the public.

You can exhibit and understand their tradition to be strictly formal, and enjoy watching the unique aspects of a Japanese mansion with lavished gardens. This is a historical site where Samurais used to dwell. With the mud walls forming the cityscape, citizens still live in this town.

If you walk around the stone-paved roads, you’ll find yourself in retrospect and absorbed into this refined street.