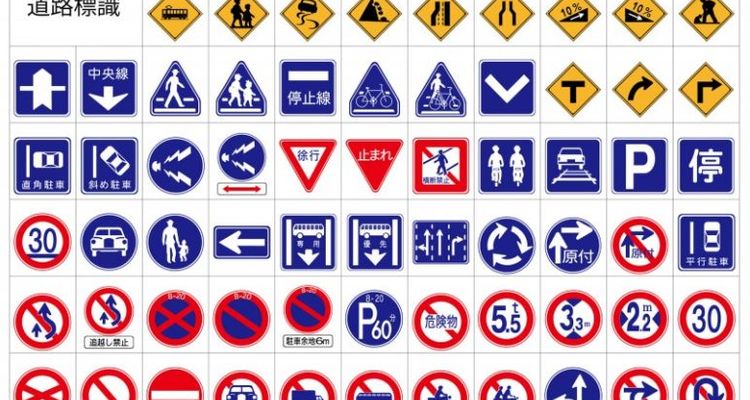 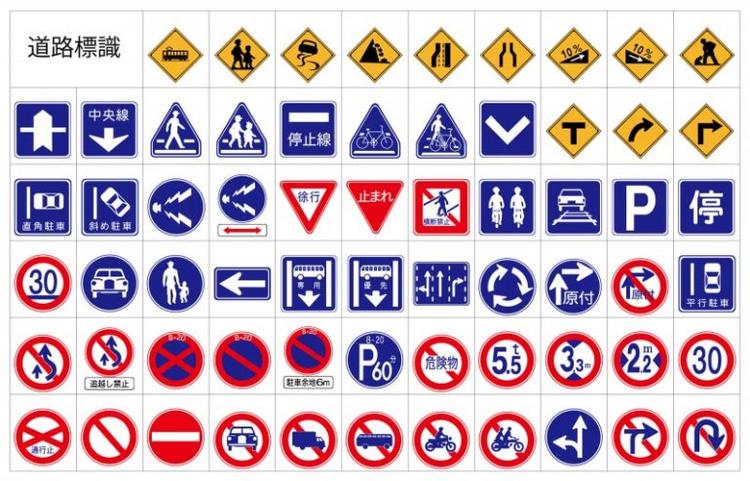 A Complete Guide to Japanese Road Signs: Meanings and Differences

The number of foreign tourists renting cars in Japan has been increasing as of late. One thing that you should be extra careful about when driving here is that some Japanese road signs might be different from the ones you are used to in your home country. In this article, you will find some common road signs that you should keep in mind in order to drive safely around Japan.

Among all the road signs in Japan, probably the most puzzling one for tourists is the stop sign. Although it uses the same red color with white letters, the Japanese sign shows the word "止まれ" ("stop," in Japanese) on an inverted triangle, quite different from the octagonal shape defined by the Vienna Convention on Road Signs and Signals. The fact that most foreign visitors cannot read the sign because it is written only in Japanese has been perceived as problematic in recent years.

Japan once used to use the octagonal sign, but before the conclusion of the treaty, it changed to the inverted triangle like the German stop sign at that time due to its higher visibility.

Another road sign that can be very confusing, especially to American drivers, is the “slow down” sign (徐行). Because of its inverted triangle shape, it looks very similar to the “yield” sign seen on roads in the United States, which can cause misunderstandings.

There are also some road signs that are confusing not just for foreign tourists, but natives as well! Instruction signs containing too much text are probably the most confusing ones. Among other information, these signs inform drivers about specific hours some streets can or cannot be used by vehicles. The problem is that they can be difficult to decipher from behind the wheel even for locals, not to mention foreign tourists who are in the process of learning Japanese.

The huge blue guide signs indicating different destinations can also be very challenging to navigate, especially in big cities such as Tokyo, where one single signboard carries so much information. This is why a car navigation system is an absolute necessity!

Besides road signs, you also have road markings written in Japanese, which can cause some anxiety if you don’t know what they mean. These traffic signs that even Japanese drivers have some trouble with are some of the biggest hurdles foreign visitors face when driving in Japan.

Common Road Signs You Should Know When Driving in Japan

Here are some of the most common signs you should remember to enjoy a safe drive in the land of the rising sun.

The red circle sign with a white horizontal line in the middle indicates a no-entry lane for vehicles. You usually find it by roads you cannot enter, such as the exit of one-way streets.

The blue circle sign with a white arrow in the middle indicates that a vehicle can only proceed in the direction(s) indicated by the arrow.

No Parking or Stopping

The red circle sign with a blue background crossed by a diagonal red line indicates that no parking is allowed. You can stop your vehicle in such areas for only for a brief time and must leave immediately.

The same sign with a cross symbol, however, indicates that both parking and stopping are not allowed. You cannot stop your car in such areas, not even for a moment unless it is to avoid a dangerous situation.

The red circle sign with a white background and two crossing diagonal lines in the center indicates the road is closed not only to vehicles such as cars and motorcycles but also pedestrians.

The same sign with only one diagonal line, on the other hand, indicates the road is closed to vehicles, but not pedestrians.

The red circle sign with a white background and blue color number in the center indicates the maximum speed allowed, and you should not drive faster than this. Don't forget that Japan uses the metric systems, which means that speeds are in km/h.

The yellow rhombus with a locomotive image is a warning sign indicating that there’s a railway crossing ahead. With few exceptions, such as the presence of traffic lights, you should always bring your vehicle to a halt before entering a railway crossing, and only after confirming that no trains are coming and it is safe to cross should you proceed.

Now that the 2020 Tokyo Olympic Games are just around the corner, the Japanese government is taking a series of actions to ensure that foreign tourists can make the most of their trip to the country.

This includes many improvements regarding the road signs as well. The stop and slow down signs that were mentioned earlier in this article will also contain the words “STOP” and “SLOW” respectively from now on.

Signboards with location names written in English are also being reviewed and improved to be easier to understand and visualize. Highway and road names will also change when necessary, and will include numbers so that drivers can reach their final destination regardless of knowing the road names.

However, taking into consideration that changing every traffic sign throughout the country will require ten years to complete and an enormous budget, areas that receive large numbers of tourists will be prioritized. Although not every improvement will be ready in time for the Olympics, Japan will eventually become a country where tourists will be able to drive with more ease.

As you can see, there are some road signs in Japan that don’t follow international standards and some that even Japanese people have a hard time trying to understand. Many improvements are taking place right now in preparation for the 2020 Tokyo Olympic Games, so it won’t be long before tourists can enjoy driving all across the country.