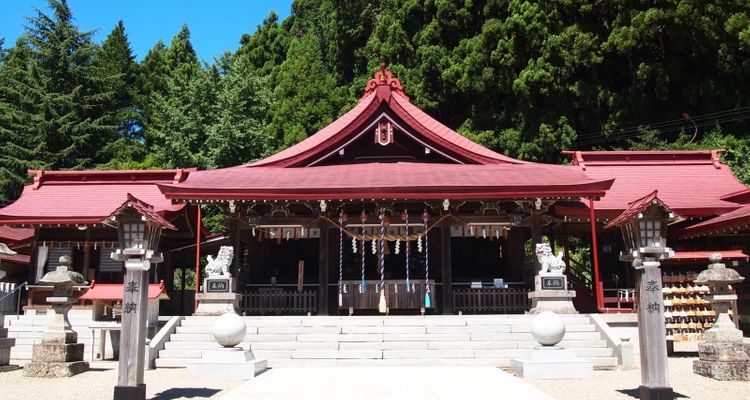 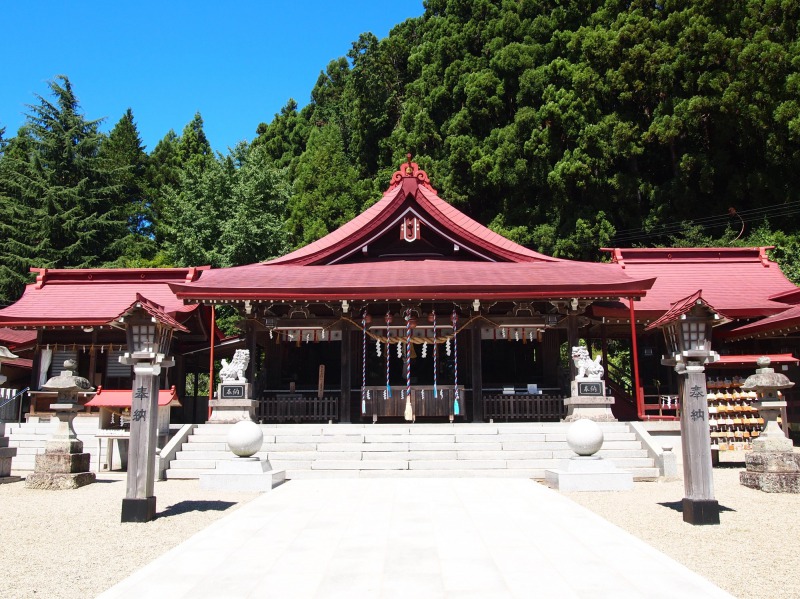 10 Sightseeing Spots to Visit Near Sendai

The city of Sendai is known as the most popular sightseeing area in the Tohoku Region, but did you know that there are many famous places not just in the city center, but also in the outskirts of the city, too? Here’s a list of 10 sightseeing spots you’ll want to travel to from Sendai!

Naruko-onsen-kyo Hot Spring Village is a popular onsen (hot spring) resort with several leisure and entertainment facilities and famous spots to visit all year round. The scenic location of the large ravine, Naruko-kyo Gorge, is particularly highly recommended to visit. When you cross the ravine, with its depth of 100m and a steep trail extending 2.5km, an expanse of stunning natural scenery that is constantly changing throughout the seasons greets you. The season from mid-October to early November is especially a good time to visit for the perfect autumn foliage. The view from the observation deck at the Naruko-kyo Resthouse is truly spectacular, and you can get a great shot here to share on social media. It’s roughly 80 minutes by car from Sendai Station.

*Closed during winter season from around late November to late April 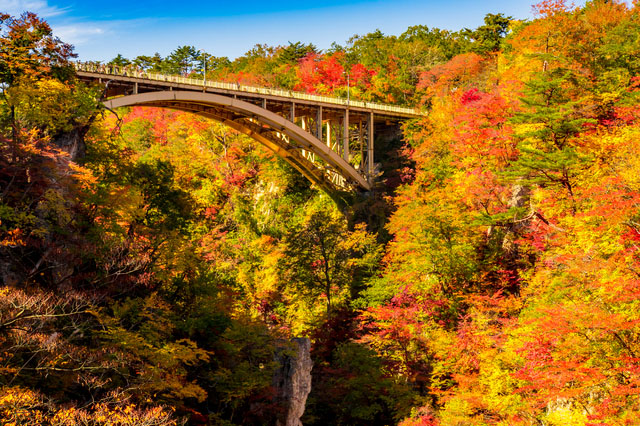 Okama is a crater lake that is so gorgeous, you won’t believe that it’s completely natural. Depending on the weather conditions, the surface of the lake turns emerald green or a bright blue, which instills in visitors a sense of wonder about the mystery surrounding nature. You’ll also appreciate the many alpine plants growing in the surrounding vicinity. If you visit anytime between early June to early October, you’ll be able to see a lovely view of flowers. It’s roughly 80 minutes by car from Sendai Station.

*Roads are closed during the winter from early November to late April, so entry is generally prohibited during this time. 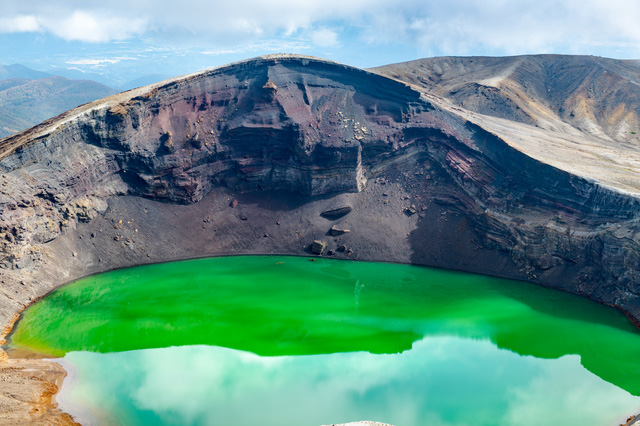 Rairaikyo Gorge is a ravine with a length of roughly 1km, and is located approximately 30 minutes by car from Sendai Station. Within the gorge, there are many uniquely shaped rocks and stones and several waterfalls both big and small, and you’ll be able to enjoy nature’s beauty throughout the whole place. Several times a year, they hold light-up events in the evening, where you’ll be able to experience a mystical scenery that is quite different from the day. There’s also a rock called “Nozoki Bridge Heart”, which has a heart-shaped hole, and is a popular spot to take photos. After a long day exploring the gorge, you can head over to the nearby Akiu Onsen for a relaxing dip in the hot springs. 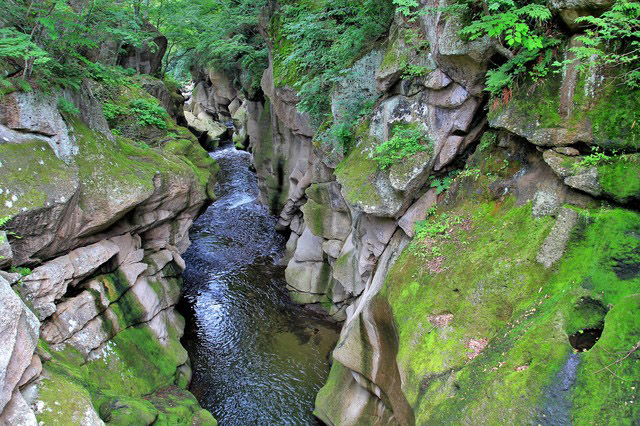 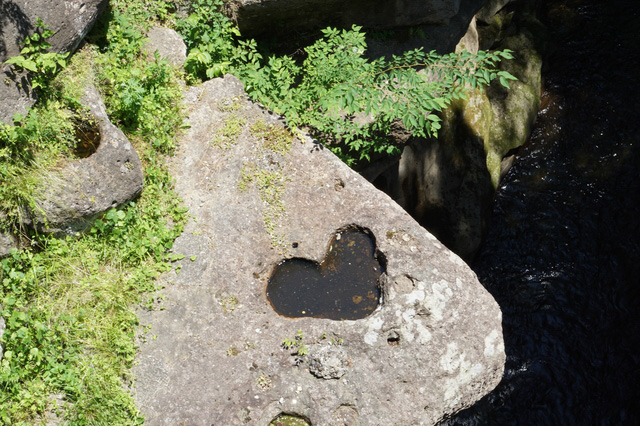 “Matsushima” is the name popularly used to refer to the entire Matsushima Bay area. Along with Miyajima in Hiroshima and Amanohashidate in Kyoto, it is known as one of Japan’s three most scenic views. The biggest highlight is the view of the 260 islands scattered across the ocean. The best place to see this from is at one of the four designated observation spots, which are collectively called Matsushima Shitaikan (“the four great views of Matsushima”). A sightseeing cruise is also highly recommended! You’ll be able to see the bay from various angles and comfortably take your time to enjoy your surroundings. It takes about 30 minutes from Sendai Station to Matsushimakaigan Station. 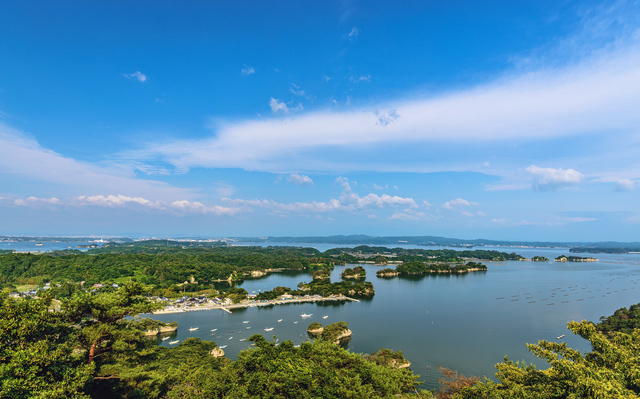 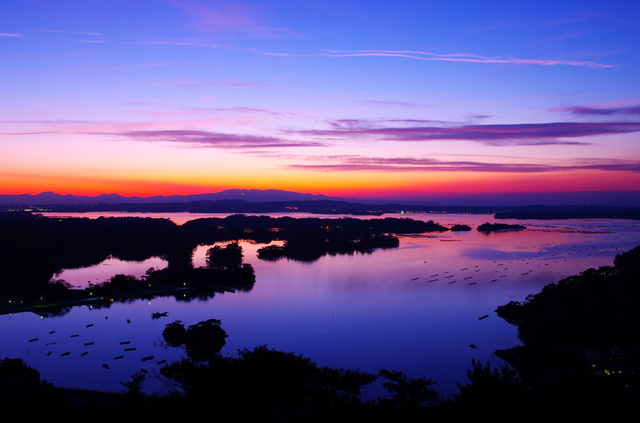 Official name: Shoto Seiryu-zan Zuigan Enpuku Zenji
The Matsushima area is well-known for not only for its remarkable views of nature, but it is also notable for having a great number of famous temples. Among these temples, the most popular one is Zuiganji Temple. This ancient temple was built 828 years ago, and was under the protection of many influential individuals of that time, which was reflected in its position of its high status. Within its grounds are several precious cultural properties. The Hondo (Main Building), a National Treasure that was built in 1609, is an absolute must for visitors in the area. You can see traces of the cultural tastes of that period all over the building, and you’ll be astounded by its elegant exterior and luxurious interior. 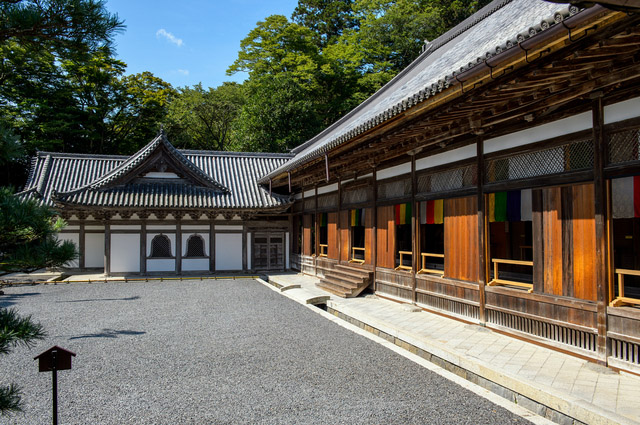 Located next to Shiroishi River, Hitome Senbonzakura (which means literally “1000 cherry blossom trees at a glance”) is a tunnel of cherry blossom trees stretching 8km. The cherry blossoms bloom from early to mid-April, and together with the clear water of the Shiroishi River, provide a gorgeously elegant scene to gaze at. During its peak blooming season, the town hosts the Ogawara Cherry Blossom Festival. There are stands selling various goods, a sightseeing boat (1,500 JPY for adults, 800 JPY for elementary school students) during the day, and an evening event to view the lit-up cherry blossom trees. It takes about 35 minutes by train from Sendai Station to Ogawara Station. 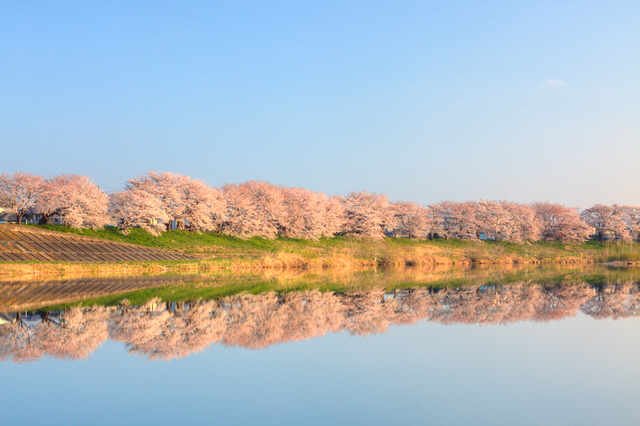 The city of Shiroishi is roughly 50 minutes by train from Sendai Station. Located in the central area of the city is Shiroishi Castle, which is said to have been built around year 1088. The present-day castle tower was restored in 1995. Among castle towers restored after World War II, it’s Japan’s largest in scale, in both height and width. After looking around the inside of the castle, you should check out both the History Museum, which has displays of swords and kacchu (armor and helmet set), and the Samurai Residence, an ancient structure built over 260 years ago, to learn about the samurai culture. 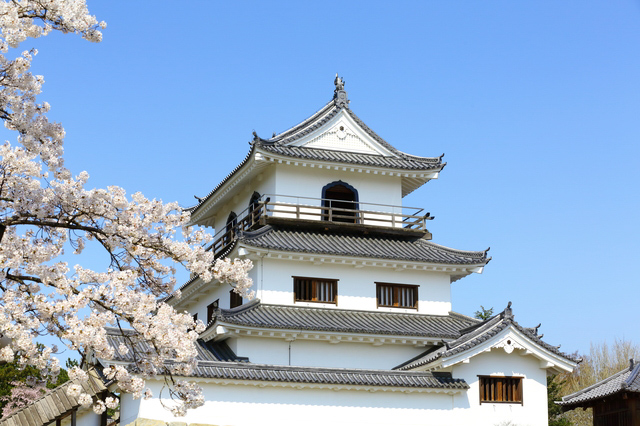 Yakurai Garden is a massive garden park with a total area of 150,000 sq.m. From April to October, the park is beautifully and colorfully decorated with 400 kinds of flowers. They also have various other attractions and events, such as illuminations, restaurants serving dishes made with local ingredients, and herb shops. In winter, the park transforms into a ski resort. The hill is relatively gentle, so it’s a great place for beginners and children. From Sendai Station, it’s roughly 70 to 80 minutes by car. 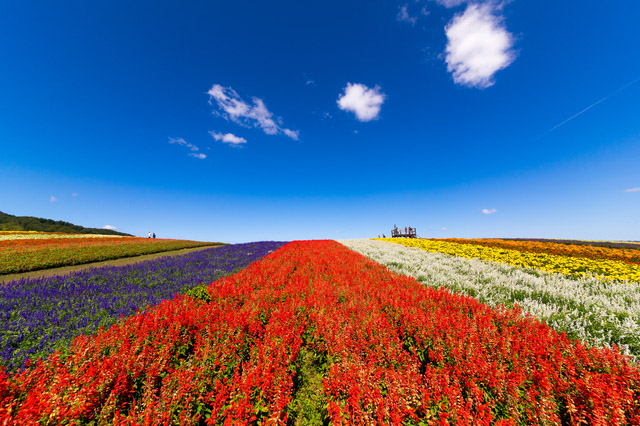 Kamiwarisaki is a scenic spot known for a strange rock formation in which the rock was split in two. Legend has it that long ago, as an intervention to cease the fights between the neighboring villagers, a god split the coasts by breaking apart this rock. You can really feel the full impact of the splashes from the raging waves of the ocean as they crash in from between the rocks. Two times a year, in mid-February and late October, you can see a stunning view of the sun rising in the gap between the rocks. Many tourists flock to the scene to catch a glimpse of this phenomenon. Nearby is a camping site where you can pick plans that come with a tent and any basic camping goods you may need, so you don’t have to come with any extra luggage. To get here, it takes roughly 90-100 minutes by car from Sendai Station. 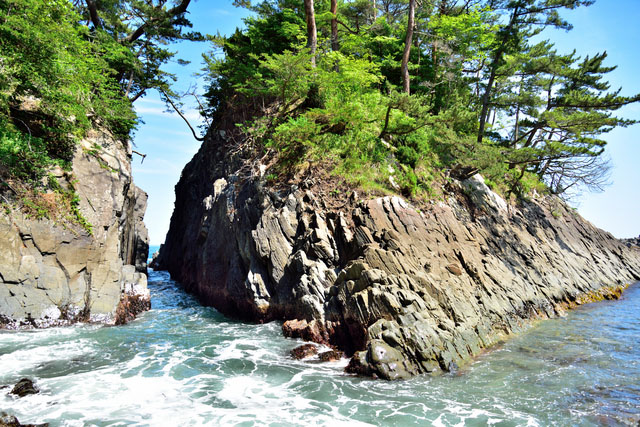 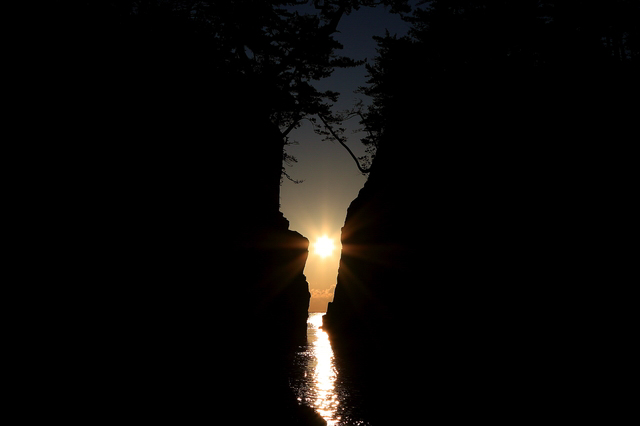 Kinkasan is an island known for being the first place in Japan where gold was discovered. It’s one of the top spiritual places in the Tohoku Region that people visit to heal and refresh, and the Kinkasan Koganeyama Shrine is famous as a shrine for good fortune and good luck. There’s a strong belief throughout Japan that if you visit this shrine 3 years in a row, you won’t have any financial problems for the rest of your life. There is also a location for “zeniarai”, which means “washing coins”. It’s said that if you wash your money in the water here, you’ll gain a profit, so definitely give it a try! You can also get to the island via a boat that operates on Sundays between Onagawa Port and Ayukawa Port. From Sendai Station to Onagawa Port, it takes approximately 80 minutes by car. 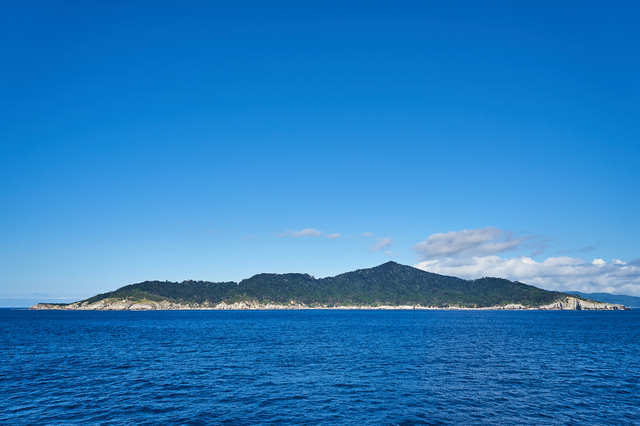 If you’re planning a trip to Sendai, be sure to venture out to some of these famous spots nearby, too!