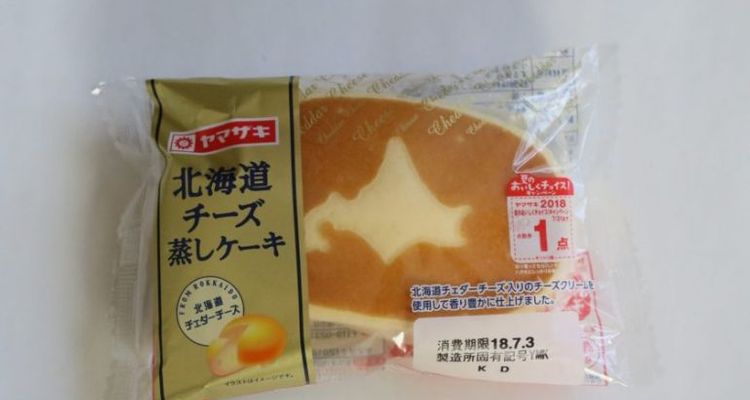 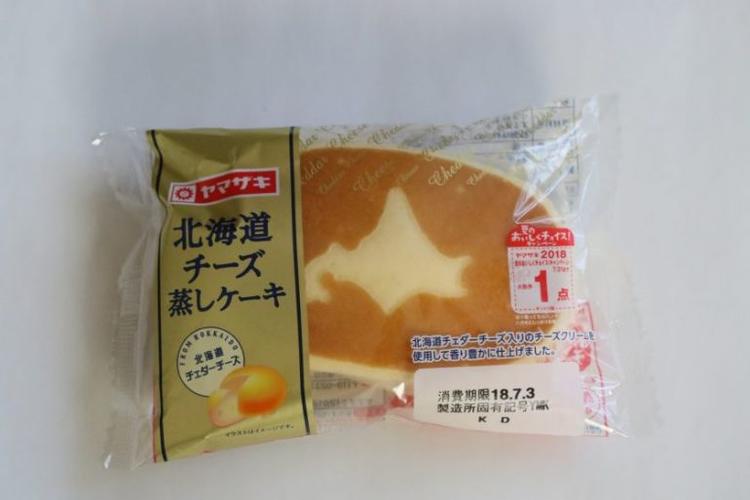 Japanese people actually love bread. You’d be amazed at the variety of breads available in Japan! Picked by a writer who loves bread, here are 10 amazing breads that you can find in convenience stores across the country. They range from your average sweet pastry to extremely unique ones!

The Mini Snack Gold is a bestseller that is still loved by a lot of people, even 50 years after it was first released in the market. It is a sweet pastry topped with icing that’s made by forming Danish dough into a whirlpool-like shape with a diameter of about 18 cm. It is formed into this shape by hand, with each baker creating roughly 800 pieces of this bread in an hour! Everything about it is perfect – the taste, price, and volume! To avoid getting your hand sticky from the icing, try to eat it by taking out the bread from its packaging a little bit at a time.
Price: 116 JPY (incl. tax)

Known for being branded with the outline of Hokkaido, this Yamazaki bestseller uses generous amounts of cream cheese made from Hokkaido cheddar cheese. Its soft and fluffy dough has such a robust taste that you will think you’re eating a real cheesecake! If you freeze it prior to eating it, it can actually taste like baked cheesecake. Lightly toast it and put some butter and honey on top to transform the bread into an exquisite dessert with a mild sweetness. You can purchase this bread at Daily Yamazaki and Lawson Store 100.
Price: Approx. 100 JPY

NICESTICK is an approximately 30 cm long sandwich with milk cream in the middle. It is so popular that it is included in Yamazaki’s top three bestsellers in the category of products that have an annual sales volume of 5,000 pieces. Thanks to how well it balances the specially made and rich milk cream with the bread, it has managed to sustain its popularity over the last 40 years. It has a somewhat plain taste that, for some reason, is difficult to get tired of. It’s filled with cream up to the tips of the sandwich, so you can thoroughly enjoy every single bite of this bread.
Price: 108 JPY (incl. tax)

“Koppe pan” is an oval-shaped bread that was invented in Japan. It can be turned into a sandwich by filling it with anything, from sweet fillings like jam to savory ones like croquettes. Japanese people are very familiar with this bread, as it is often served as part of a school meal. The black koppe pan shown in this photo is a newly released product with cocoa-flavored bread and a rich cookie and cream filling. The crispy cookies add texture to it, making it more appealing. You can buy it at LAWSON.
Price: 150 JPY (incl. tax)

Made by covering dough with cookie dough and then baking it, melon pan (melon bread) is a traditional favorite for most Japanese people. Rather than believe the theory that it was given its name for originally having melon inside (although there are variants with fruit flavorings), some people theorize that its name came from the lines on its surface, which resemble those found on a melon. Although most convenience stores sell it, the melon bread sold at FamilyMart is the one that comes highly recommended by the writer of this article. You will surely get addicted to the soft inside and crumbly cookie dough outside, which incorporates margarine made with cultured butter.
Price: 108 JPY (incl. tax)

This popular sandwich consists of chocolate cream filling in chewy white bread that’s been topped with chocolate chips. The hint of rum in the cream sets it apart from other breads. Per its name, it has stripes to make it easy to tear (“chigiru” in Japanese) into bite-sized pieces. However, you can also just eat it as it is. The smooth chocolate cream and chocolate chips make it really delicious!
Price: 128 JPY (incl. tax)

This cream bread has a generous amount of custard cream filling. It might be easier to visualize this if it is described as a cream puff with bread for a shell. People say that it was actually created more than 100 years ago by a Japanese bakery that was moved by the delicious taste of cream puffs. It has now become a staple bread in Japan, along with anpan (bread roll with a bean jam filling) and melon bread. The bread in the photo has a moderately sweet double cream that was made by combining delicious custard cream with whipped cream. One could even say that it is the future of cream bread!
Price: 118 JPY (incl. tax)
Areas that stock it: Tohoku, Kanto, Koshinetsu, Hokuriku, Tokai, and Kinki regions

Invented in Japan more than 140 years ago, anpan is a kind of bread that combines an (bean jam) - often used in wagashi (traditional Japanese sweets) - with bread, which was introduced to Japan from overseas. People of all ages love it, as it is a fusion of Japanese and Western flavors that goes well with tea or coffee. The anpan in the photo is a version from 7-Eleven that is filled with mildly sweet bean jam. It also tastes delicious if you lightly toast and spread butter on it!
Price: 116 JPY (incl. tax)
Areas that stock it: Tohoku, Kanto, Koshinetsu, Hokuriku, and Tokai regions

Anko Gipfel is a unique and delicious bread that came about from fusing plenty of mildly sweet bean jam with buttery, flaky, and moist croissant. The place that sells this bread, Natural Lawson, sells freshly baked bread – a rare sight in Japanese convenience stores! While it is also delicious when served cold, if you happen to find one that is fresh out of the oven, don’t miss out on buying it. It tastes best then!
Price: 173 JPY (incl. tax)

Anpan, melon pan, cream pan, and other kinds of conventional breads are sold in convenience stores throughout the country. They’re all unique in their own way, so why not give them a try and compare them with each other?