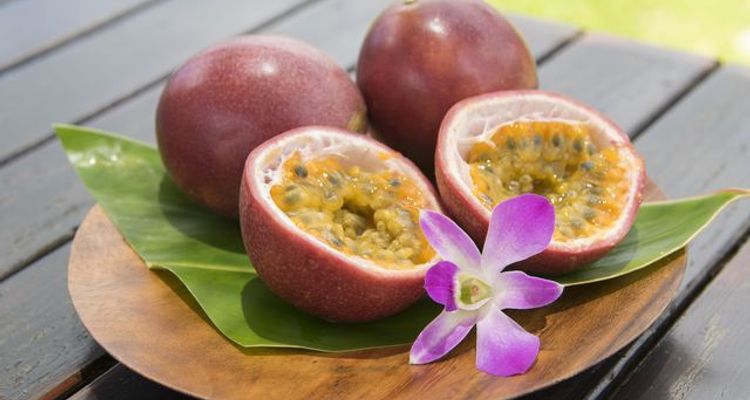 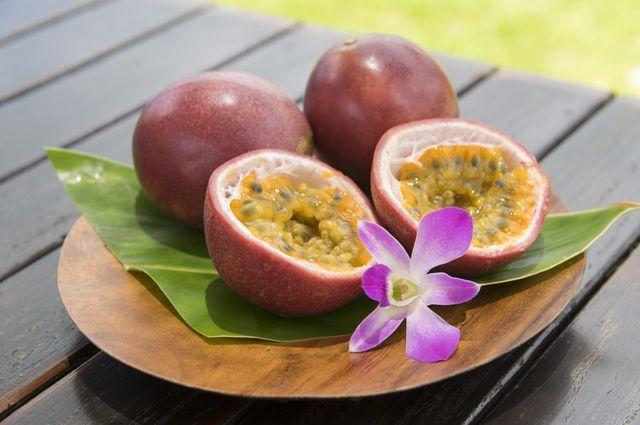 Okinawa Prefecture consists of a group of tropical islands that are home to many delicious tropical fruits. There is a variety of fruits in Okinawa that are difficult to find outside of the prefecture, so if you happen to go there on a trip, you must try them all! Below are 5 fruits grown in Okinawa that are particularly recommended.

The first fruit that you must try when in Okinawa is the shekwasha (citrus depressa), a fruit from the citrus family that grows wild in this region. It goes by different names depending on where it is grown, including Taiwan and other foreign countries, and is said to have more than 100 kinds! The shekwasha is typically 3 – 4cm in size on average. The unripe, green shekwashas are often used to add a sour taste to dishes and juices, but if you want to eat it fresh and raw, then it would be best to buy the ripe ones. When the skin of this fruit becomes yellow in color, its sugar content also increases to give the fruit a sweet and sour taste.

Next on the list is the shima banana (island banana), a fruit that is native to Okinawa. It is one of the fruits that has been planted in family gardens and loved by islanders since ancient times. The shima banana is characterized by its creamy taste, and perfect balance of rich sweetness and acidity. This is a kind of banana that needs to be ripe, so the best way to enjoy its delicious taste is to wait for it to ripen by hanging it under an eave or on a banana hanger. Aside from eating it raw, it is also delicious when made into jam or juice!

Harvest season:
Around April to December

Next up is the Keats mango that is produced in Ishigakijima, an outlying island in Okinawa. This fruit is not that fibrous, so it has a smooth texture to the tongue, as well as a sweet, robust taste that melts in your mouth. Another characteristic of this fruit is its large size, with a single piece weighing more than 1kg in some cases. Its cultivation requires a lot of effort, so there are only a few farmers that grow Keats mangoes. This rarity has led to its name “maboroshi no fruit” (phantom fruit). If you ever see these mangoes sold at a storefront, please try one!

In recent years, passion fruit has come to be cultivated in and shipped from Kagoshima, Tokyo’s Ogasawara Islands, and other areas in Japan, centering on the southern areas. Aside from its delicious taste, this fruit is also known for being loaded with nutrients, such as beta-carotene, vitamin B6, vitamin C, and folic acid. If you cut a ripe fruit in half and scoop the flesh with a spoon, your mouth will be filled with its refreshing sweet and sour taste, and you will be surrounded by its rich aroma. The harvest season varies depending on the area and cultivation method, but in Okinawa, midsummer is said to be the peak of passion fruit harvest.

Harvest season:
Around June to August

The last fruit on this list is the snack pineapple that got its name from the fact that it can be eaten by tearing it off by hand, just like a snack! It comes from a variant called Bogor pineapple in Taiwan. It is eaten by simply picking off the flesh from the part that looks like a node or a nub on the skin. The ease in eating one bite-sized piece at a time has led to its stunning popularity. It is not too sour, and is known to be extremely sweet thanks to its high sugar content. This pineapple is mainly cultivated in and shipped from Ishigakijima and the Okinawa mainland.

Harvest season:
Around May to mid-July

What do you think of the juicy and delicious fruits from Okinawa? The fruits showcased in this article are available in public markets like Okinawa Jiman, as well as local greengrocers, supermarkets, and other establishments! You have to try them at least once!